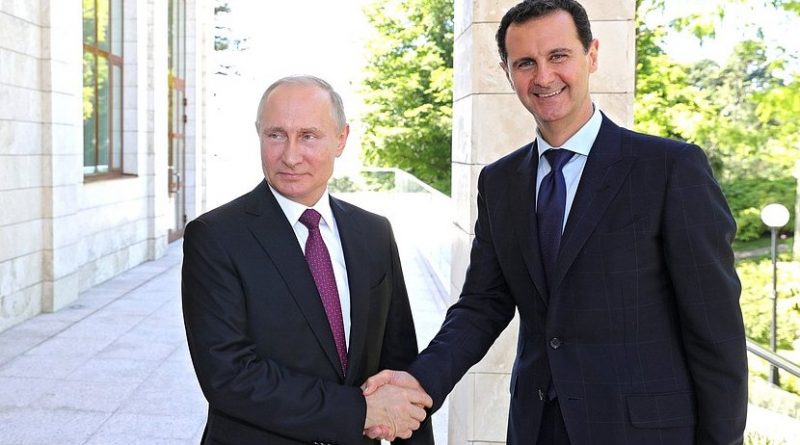 Following the talks, the two leaders addressed the press, at which Putin congratulated Assad on the major success of the Syrian Government Army in the struggle against terrorist units.

“Due to the efforts of your army recently, important steps have been made towards the further consolidation of the legitimate government,” Putin said, adding that, “Terrorists have laid down arms in key areas of Syria, which made it possible to restore the country’s infrastructure, push them back and practically end their operations near the Syrian capital.”

Putin said that much has been accomplished during the Astana process and the Syrian National Dialogue Congress in Sochi.

“Now we can take further steps jointly with you. The next goal is, of course, economic recovery and humanitarian relief for the people who have found themselves in a predicament,” Putin said.

For his part, Assad stressed that the terrorist-controlled areas have decreased significantly and that hundreds of thousands of Syrians have been able to return to their homes in recent weeks, millions more Syrians are on the way.

Without mentioning the US specifically, Assad did say that path toward peace, “is not going to be easy as there are countries that do not want stability in Syria. However, we will firmly move on with you and with our other partners on the issue of the peace process to achieve peace.”

“Today’s meeting gives us a good opportunity to work out our joint positions for the coming period regarding the negotiating process in Astana and Sochi,” Assad said.