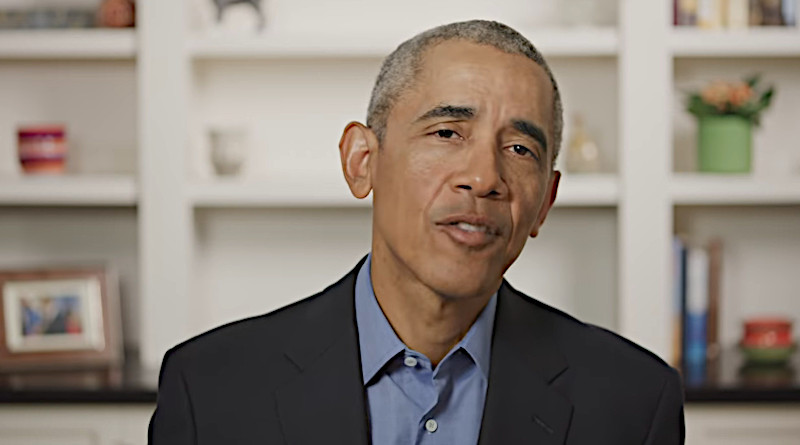 Former U.S. President Barack Obama delivered two virtual commencement speeches Saturday – one to the 2020 graduates of historically black colleges and universities, known as HBCUs, the other to this year’s high school graduates.

The events were streamed live online because of the lockdowns caused by the global coronavirus pandemic and served as a partial substitute for traditional graduation ceremonies.

In addition to the usual platitudes delivered in such addresses, Obama was critical of U.S. leadership, something the former president has generally avoided.

Obama talked about the pandemic and how it has unmasked inequities in the U.S. He also criticized how U.S. leaders have handled the pandemic, without mentioning President Donald Trump’s name.

Obama told the graduates “you’re going to have to grow up faster than some generations. This pandemic has shaken up the status quo and laid bare a lot of our country’s deep-seated problems — from massive economic inequality to ongoing racial disparities to a lack of basic health care for people who need it. It’s woken a lot of young people up to the fact that the old ways of doing things just don’t work; that it doesn’t matter how much money you make if everyone around you is hungry and sick; and that our society and our democracy only work when we think not just about ourselves, but about each other.”

He added the pandemic has “pulled the curtain back” on a “hard truth” which he said was “something that we all have to eventually accept once our childhood comes to an end. All those adults that you used to think were in charge and knew what they were doing? Turns out that they don’t have all the answers. A lot of them aren’t even asking the right questions. So, if the world’s going to get better, it going to be up to you.”

He warned the grads against “Doing what feels good, what’s convenient, what’s easy — that’s how little kids think. Unfortunately, a lot of so-called grown-ups, including some with fancy titles and important jobs, still think that way — which is why things are so screwed up.”

He said he hoped that each grad would instead “ground yourself in values that last, like honesty, hard work, responsibility, fairness, generosity, respect for others. You won’t get it right every time, you’ll make mistakes like we all do. But if you listen to the truth that’s inside yourself, even when it’s hard, even when its inconvenient, people will notice. They’ll gravitate towards you. And you’ll be part of the solution instead of part of the problem.”

Speaking to the graduates of the historically black colleges Obama said, “Let’s be honest, a disease like this [COVID-19] just spotlights the underlying inequalities and extra burdens that black communities have historically had to deal with in this country.”

The former president said, “We see it in the disproportionate impact of COVID-19 on our communities, just as we see it when a black man goes for a jog and some folks feel like they can stop and question and shoot him if he doesn’t submit to their questioning,” a reference to Ahmaud Arbery, a 25-year-old black man who was shot while jogging in Georgia.