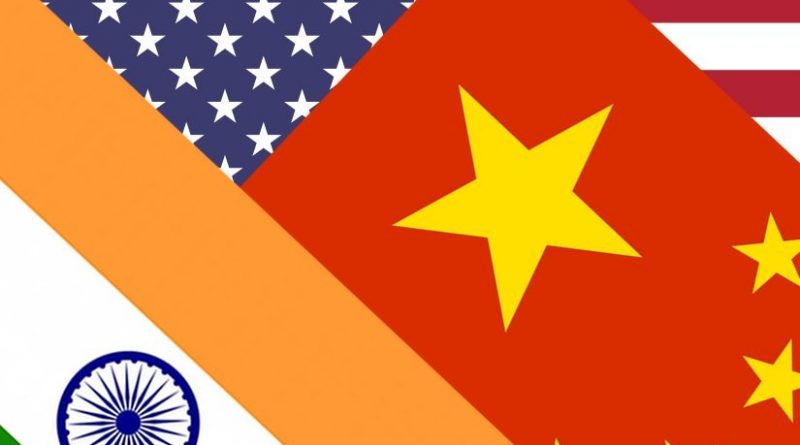 Has the recently concluded Indo-US Strategic Dialogue restored any faith in the partnership between these two democracies? Or was it just another example of symbolism lacking deliverables? More broadly, how valid is the Indian perception that the strategic partnership has been downgraded in favor of the US immediate security challenges in Afghanistan and Pakistan, as well as its financial dependency on China? Has President Obama in fact discarded Bushs strategic vision of Asia, where India would play
the key role as a counterweight to China?

The fate of the Indo-US strategic partnership lies in an examination of both countries short and long-term interests. While India and the US share the long term challenge of a rising China, Af-Pak is essentially a short-term challenge for the US, but most certainly a long-term problem for India. Thus, Af-Pak, much more so than China, threatens to spoil the strategic partnership. If the US does not carefully consider Indian equities as it seeks to end its involvement in the region, it could essentially sacrifice a key partner on many of the global issues on which it desires Indias assistance. Hence, the dialogues focus on low politics, promises to be crucial in increasing Indias overall power, which contributes to maintaining a balance of power in Asia. However, the more immediate issue, Af-Pak,
was not a focus, as no one from Indias security establishment attended.

Despite the perceived loss of Bushs strategic
vision of India as the future counterweight to
China, Obamas China policy of strategic
reassurance should not necessarily be too
disquieting to India. Aimed at convincing the
Chinese that the US has no intention of
containing their power, analysts interpret the
policy as a shift away from the zero-sum game of
power balancing techniques. Still, a glance at
Obamas recently released National Security
Strategy reveals a marked contrast between the
effusive language towards India and the much more
guarded tone towards China. With more than just
words, the Obama administrations intense,
mutually beneficial engagement with India on a
range of important issues amounts to effectively
the same strategy as Bush, only with less
provocative rhetoric. If India, in fact, was to
ever balance China, the key to doing so wouldbe
increasing its overall power, and so Indo-US
cooperation on issues such as trade, investment,
health, education, and agriculture, while not as
headline-grabbing, serves that purpose perhaps
even more than the civilian nuclear deal. The
Strategic Dialogue and the preparation for
Obamas visit to India in November, contributed to this objective.

However, more so than any other issue, the Obama
administrations immediate problem in Af-Pak
threatens to spoil its sound, long term interest
in a strategic partnership with India. While
backing away from statements of possible US
intervention on Kashmir, Obamas Af-Pak policy
has warranted great anxiety in India. The leaked
McChrystal report revealed the top US commander
in Afghanistans belief that Increasing Indian
influence in Afghanistan is likely to exacerbate
regional tensions and encourage Pakistani
countermeasures in Afghanistan or India. Obamas
West Point Speech announcing his new Af-Pak
policy only exacerbated Indian fears, stating
that we will act with the full recognition that
our success in Afghanistan is inextricably linked
to our partnership with Pakistan.” This new dawn
in US-Pakistani relations, combined with the
announcement to begin the drawdown of troops in
July of 2011, signaled to New Delhi that its
grave concerns over Pakistans support for
terrorism would not be addressed. At the
following London Conference, New Delhis
apprehension over reconciliation with Taliban
elements was also ignored. While the US eagerly
seeks to end the longest war in its history,
India fears that ultimately it will be left in the most precarious position.

Noting these concerns, it would seem then that if
the US immediate challenge in Af-Pak forces it
to commit entirely to Pakistan, withdraw too
soon, and ignore Indian equities, the US
potentially could forfeit a key strategic partner
on many of the global issues of the 21st century,
not only the rise of China, but also climate
change, nonproliferation, maritime security, and many others.

No easy solutions exist for the US in Afghanistan
and Pakistan. Nevertheless, the US must balance
its short and long term interests, a difficult
task given short electoral cycles. While the US
will ultimately act pragmatically, it should
factor Indias long term Af-Pak concerns into its
decision-making process. To prevent its short
term crisis from derailing long term benefits,
the Obama administration would be wise to
carefully consider Indian equities as it moves
forward in the Af-Pak region, while forging ahead
with its bilateral relationship to increase the
cost to both sides of losing such an important
partner. Together, both can achieve this by
finishing the implementation of the nuclear deal,
continuing defence cooperation, working towards a
bilateral investment treaty, and reforming export
controls to allow high technology and dual-use exports to India.

The Indo-US Strategic Dialogue took a significant
step towards addressing one shared long term
challenge. Unfortunately, the more immediate
roadblock to realizing that dream will be Af-Pak,
and no effort seems to have been taken to avoid it.

Home » The Indo-US Strategic Dialogue: Restoring Faith In The Partnership?