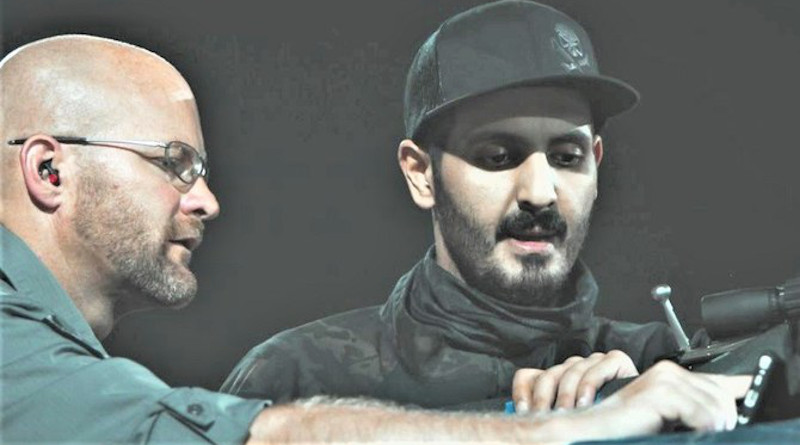 Four additional witnesses have been added to a lawsuit accusing Qatari Sheikh Khaled bin Hamad Al-Thani of overseeing an ongoing conspiracy of violence that includes the murder of employee assigned to his wife, and plots to murder six other rivals.

The six former employees are demanding unpaid wages, emotional distress, punitive damages, attorney fees and sanctions to prohibit retaliation and harassment.They are suing under the US Fair Labor Standards Act and the Federal RICO (Racketeer Influenced and Corruption Organization Act), which is usually used to target mobsters and street gangs.

One of the new plaintiffs, Terry Hope, said he witnessed Sheikh Khaled beat to death an Indian national who was employed as his wife’s driver because the victim was late in picking her up after a Doha shopping spree.

The alleged killing took place near the wife’s residence in a desert area near Doha reserved for the Al-Thani royal family’s private compounds.

The unnamed Indian male was buried in the desert behind the home with assistance from Qatar’s Royal Amiri Guard, according to the lawsuit.

The original lawsuit was filed on July 23, 2019, on behalf of two employees, Matthew Pittard and Matthew Allende.

But Sheikh Khaled, a bigshot in the American race car industry, avoided being served, a requirement in US law.

On Jan. 2, 2020, Al-Anabi Racing USA LLC lawyers filed a motion on behalf of Sheikh Khaled, the owner, to dismiss the lawsuit, claiming that it was filed in the wrong federal jurisdiction, Florida, where Pittard lives.

Castaneda withdrew the lawsuit on Jan. 27 but refiled an expanded one in Boston’s Federal District Court, where Al-Anabi Racing and other racing subsidiaries owned by Sheikh Khaled are registered.

In addition to Pittard, Allende and Hope, the lawsuit includes testimony from former employees Robert Von Smith, Jason Mollenbrink and Ramez Tohme. All are American citizens.

In addition to naming Sheikh Khaled and 16 of his aliases, the lawsuit names 29 subsidiaries or “alter egos” of Al-Anabi Racing, and its President and CEO Donald Greenbaum, as defendants.

Greenbaum began working with the Al-Thani royal family providing export and import services. In 2007, the lawsuit states, he supervised the creation of Sheikh Khaled’s racing empire, organized racing teams and supervised racing in competitions that include the National Hot Rod Association.

According to the lawsuit, Sheikh Khaled and Al-Anabi Racing used monies controlled by the Qatar Olympic Committee and Ministry of Sports to pay for their growing stable of drivers and employees, and to purchase personal high-price vehicles including a Bugatti Veyron. The spending was allegedly approved by the Qatari government.

Al-Anabi Racing quickly expanded to compete in the Pro Modified Division in Dubai, the American Drag Racing League in Virginia and the Shakedown in Etown racing competition in New Jersey, winning several races but spending more than $10 million in its first three years.

The lawsuit says problems began when Sheikh Khaled got greedy, refusing to pay his employees unless they committed criminal acts.

He ordered local police to arrest and jail Tohme for disobeying his orders. Tohme spent a night in jail but was released when an unnamed Qatari magistrate judge told him: “Ramez, don’t worry. We are all aware of Sheikh Khaled’s actions and the things he does. I will release you, but I don’t want to hear anything bad about my country.”

The lawsuit says Sheikh Khaled ordered Hope and Pittard to execute “eight separate murder for hire plots” as a condition of employment. Hope was told to kill the head of an American racing circuit and his wife “to prove his loyalty.”

The sheikh also allegedly ordered the killing of a Bahraini royal family member who raced in the same competitions.

In another case, Castaneda said he ordered Allende and Pittard to murder a Moroccan woman who was a friend of the sheikh’s wife.

Castaneda said Sheikh Khaled feared that the woman was feeding embarrassing information to a Saudi national at a time when his brother the emir and Qatar were in a row with Saudi Arabia and three other Arab countries.

In February 2011 and 2012, the lawsuit alleges, Sheikh Khaled tried to rig the outcome of the Arabian Drag Racing Leagues’ Battle of the Belts Championship, hoping to boost his company’s international rankings.

Castaneda says she believes Sheikh Khaled also ordered the brutal beating and rape of Allende’s girlfriend in her home in Pasadena, California, in February 2020, after the original lawsuit was withdrawn.

The lawsuit hints at Al-Thani family problems, detailing how Sheikh Khaled suspected his brother the emir of secretly bugging his racing offices.

Sheikh Khaled allegedly ordered employees to hack the email accounts of several family members including his brother, the deputy emir of Qatar, and the accounts of a Bahraini race driver, a member of the Dubai royal family and a deputy emir in Dubai.

Sources told Arab News that Sheikh Khaled has been ordered to maintain a low profile due to publicity over the lawsuit, and he is restricted to a royal family beach house in Qatar.