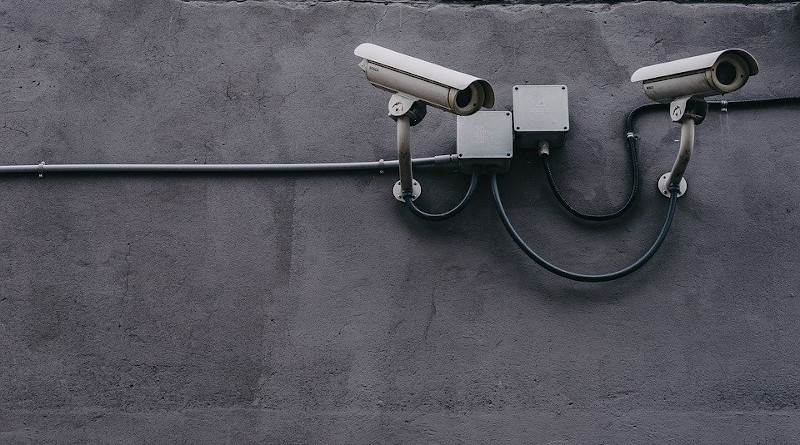 (RFE/RL) — You might think governments seeking digital oversight of their citizens would avoid invoking the author who coined the phrase “Big Brother is watching you” and implanted the nightmare of total state surveillance in the imaginations of millions of readers.

According to the business daily Vedomosti, contracts exceeding 2 billion rubles ($29 million) have been signed for the procurement and installation in schools across Russia of surveillance cameras linked to a system that has facial-recognition capability and is called Orwell, after the British author of dystopian novels 1984 and Animal Farm.

The company tasked with executing the project on behalf of regional governments is the National Center of Informatization (NCI), a subsidiary of state defense and technology conglomerate Rostec, Vedomosti reported on June 15.

The video surveillance systems have been delivered to 1,608 schools across Russia, an unnamed representative of the company told the newspaper, adding that the equipment was intended to keep tabs on students’ comings and goings and identify strangers who attempt to enter school grounds, among other things.

Elvis-Neotech, a subsidiary of state nanotechnology company Rosnano, is responsible for preparing the systems for sale, according to Yevgeny Lapshev, a representative of that company. Lapshev told Vedomosti that the Orwell system will become a security feature in all of Russia’s schools in the coming years — more than 43,000 in all.

On June 16, the media outlet RBK cited an anonymous NCI representative who disputed aspects of the Vedomosti report, saying that the company had not signed contracts for the delivery of video equipment to 43,000 schools.

The representative told RBK that NCI had taken part in a pilot program to equip 1,600 Russian schools with video surveillance systems that were not equipped with facial recognition, and that a decision on expanding the program to all Russian schools was yet to be made.

The reported plans come after a rise in recent years in violent incidents at Russian schools, including a spate of stabbings in late 2017 and early 2018 that prompted renewed calls from lawmakers for increased security measures and strict monitoring of visitors.

“The requirements for training and certifying employees of private security organizations, especially those guarding schools and kindergartens, must be as strict as possible,” Vasily Piskarev, chairman of parliament’s Committee on Security and Corruption Control, said after a knife incident in October 2019.

But amid the push to expand monitoring capabilities and beef up security at schools, rights activists in Russia are warning that facial recognition and other surveillance technologies are being used much more widely and with minimal oversight, leading to a curtailment of freedom of speech and movement and ultimately toward a loss of data privacy.

Since March, when Russia’s coronavirus epidemic began, the authorities have used facial-recognition technology to identify and fine quarantine violators, deploying — in Moscow alone — a network of over 100,000 cameras that link to a central database accessible to thousands of law enforcement officials at any time.

In addition, a range of smartphone apps and digital passes unveiled since March — some of which remain mandatory for people with COVID-19 symptoms despite the lifting on June 9 of many lockdown restrictions — have prompted fears among data-privacy campaigners that those and other new digital tools may integrate into a ratcheted-up, post-pandemic surveillance apparatus.

Alyona Popova, an activist who launched a lawsuit in October 2019 against Moscow’s use of facial-recognition cameras, warned that “under the guise of fighting the coronavirus,” officials are working to implement “total surveillance.”

Last fall, Russia’s Education Ministry clarified the criteria under which facial recognition could be used in schools. All parties, including school employees and the parents of students, would have to give permission, the newspaper Izvestia quoted an official as saying.