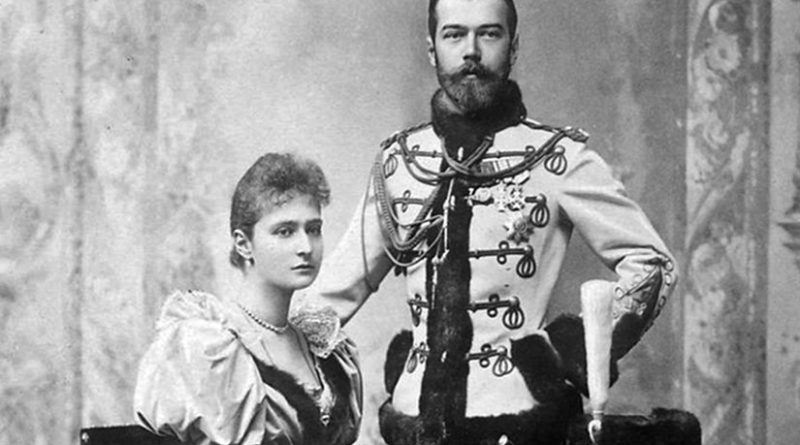 One hundred years ago today, the Bolsheviks slaughtered Nicholas II, his wife and children and some of his servants in the basement of the Ipatyev House in Yekaterinburg. In the years since, the reactions of Russians have significantly evolved to the point where that murder is viewed as a symbol of all Russians have lost, Andrey Teslya says.

The instructor at the Baltic Federal University in Kaliningrad says that at first the killing was viewed only as one of the “actions of the Bolsheviks” among many. But “gradually,” he says, the views of most Russians evolved; and today, Nicholas II and especially his martyrdom have become symbols of “a lost and genuine world” (republic.ru/posts/91505).

Because the tsar had been deeply unpopular, even Russians who opposed the revolutions were not in his corner and viewed his murder as ugly but only one of many in the summer of 1918. Opponents of the Bolsheviks were not his supporters and adopted the view that the future of the Russian state should be determined by a Constituent Assembly.

That should not surprise anyone, Teslya says, because “by the end of 1916 and the beginning of 1917, there were few in educated society who remained sympathetic to the emperor and the empress.” Many of them wanted him out of office and had taken part in conspiracies of various kinds against him. Even the upper reaches of the aristocracy were opposed to Nicholas.

Consequently, he continues, “the idea of monarchy by 1917 was dead.” Indeed, by the time of the February revolution, there were no monarchists left in Russia. There is nothing strange in that, Teslya observes. The same was true in France in 1792 and 1848 and in Germany in 1918.

“The rightist monarchist organizations which arose in the course of the revolution of 1905 beginning with the Union of the Russian People and the Union of the Archangel Mikhail turned out by 1914 to be practically inactive,” a reflection both of the government’s stabilization efforts and the patriotism that arose in the first months of World War I.

Thus, “the specter of restoration in 1917 and the beginning of 1918 was influential not in and of itself but only as an accusation, a source of suspicion and fear,” the Kaliningrad scholar says. And that was generally true among the anti-Bolshevik White movements which had few monarchists as well as universally so among the Bolsheviks themselves.

“Monarchist attitudes arose in emigration” and then only after many of those who had most directly experienced the reign of Nicholas had ceased to be the most influential spokesman for its ideas. As years passed, “the empire became ever more beautiful in the eyes of emigres,” and with the empire so too the emperor.

The brutality of the murder of the Imperial Family “became a factor in the strengthening of monarchist feelings and illusions,” with the real Nicholas II disappearing in favor of the sainted image of “the tsar martyr.” And that happened as the arguments about restoration in the 1920s gave way to the unrealizable dreams of the 1930s and the post-World War II world.

“The further from the real Russia” the emigres were, the more inclined they became to deify the tsar and his family, and as that happened, something else happened as well. People divided themselves and others on the basis of attitudes not about reality but about an image that they had invented.

Today, that same process has occurred in Russia itself, “and the figure of Nicholas II symbolizes all ‘the old past’ and imperial greatness,” without much or in some cases any concern about the real history of that ruler and his reign and their links with or lack of links with Russian greatness.