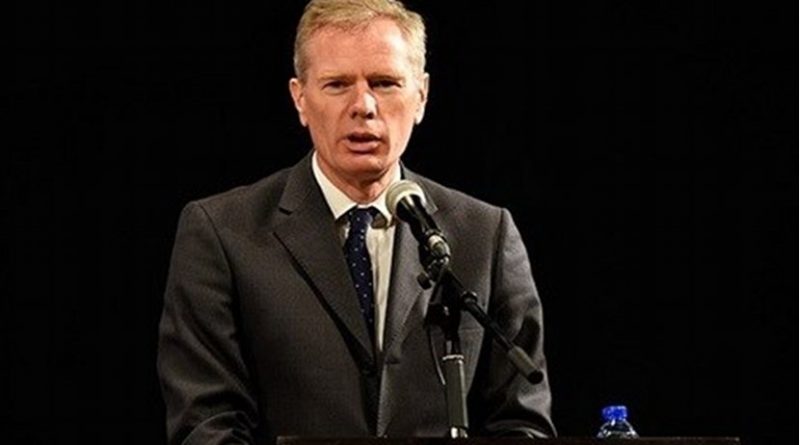 British Ambassador to Iran Rob Macaire said there is no “single target date” for the implementation of European Union’s package of economic measures to offset the US pullout from Iran nuclear deal, known as the Joint Comprehensive Plan of Action (JCPOA).

“I think it is very difficult to give timelines because it is talking about a wide range of different measures,” Macaire told the Tasnim News Agency, referring to the package of measures recently proposed to Iran by the EU to save the JCPOA.

“So, we are not looking at a single target date,” he said, adding, “We are looking at working as fastest as we can… to cooperate on a number of measures to facilitate better trade within Iran and the outside world.”

Macaire further emphasized that there will be different economic measures in place on the part of the EU.

Asked about a possible deadline for the ongoing talks to save the deal, he said there have been a series of talks since May, within the E3+3 and between Iran and all of the parties to the JCPOA.

He further stressed that there is not a deadline for the implementation of the economic measures, adding, “I think we will continue to work on this for a long period.”

Regarding Europe’s reaction to discussions in Iran about FATF Issue, he said, “Well it’s not the Europeans it’s the whole of the membership at the FATF, so Iran has a long list of steps it needs to take, in its action plan.”

“I think the whole of FATF membership will need to see that Iran is serious about making steps on that action list and obviously some of those will take a long time, but some of them are pressing,” Macaire noted, adding that some of the highest priority issues are to do with legislation.

He also said the implementation of the package prepared by EU and the other two members of the JCPOA is a separate issue from the issue of approval of the FATF by Iran.

On May 8, the US president pulled his country out of the JCPOA, which was achieved in 2015 after years of negotiations among Iran and the Group 5+1 (Russia, China, the US, Britain, France and Germany).

Meanwhile, Leader of the Islamic Revolution Ayatollah Seyed Ali Khamenei has underlined that any decision to keep the JCPOA running without the US should be conditional on “practical guarantees” from the Europeans.