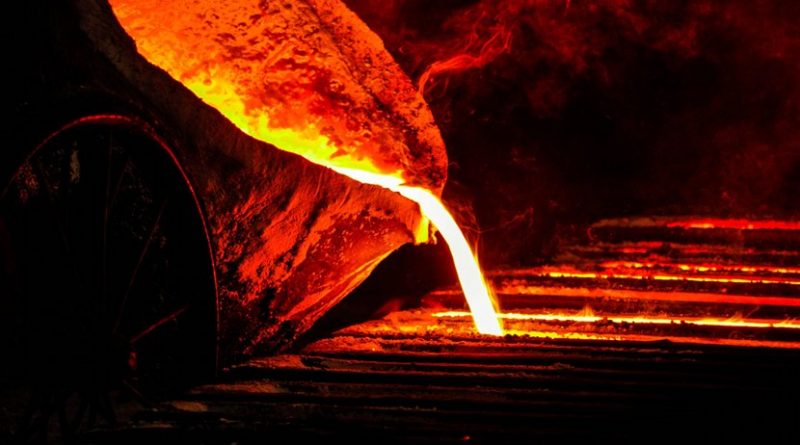 As China’s government highlights signs of an early economic recovery, it is making a strong case with record production of steel.

China’s output of crude steel hit an all-time monthly high of 92.2 million metric tons (mmt) in May. The surge topped the 90-mmt mark for the first time with a 4.2-percent gain, putting the country on course to produce 1 billion tons this year.

In June, the steel industry set a second record with average daily output of 3.05 mmt in the shorter 30-day period as monthly production of 91.5 mmt rose 4.5 percent from a year earlier.

In the first half of the year, China pumped out 499 mmt of crude steel, increasing 1.4 percent while industrial output fell 1.3 percent, according to the National Bureau of Statistics (NBS).

The break-out volumes of steel in May and June made up for a moderate slackening during the COVID-19 lockdown period. But judging from NBS data, there has been hardly any slackening this year at all.

Production rose 3.1 percent from a year earlier in the combined January-February period and fell only 1.7 percent in March, closing the quarter with a 1.2-percent gain when China’s gross domestic product plunged 6.8 percent.

Steel has been a bright spot for China as first-half GDP growth remained down 1.6 percent after rising 3.2 percent in the second quarter, according to the NBS.

Even before the pandemic, steel output outperformed the economy, climbing 8.3 percent to 996 mmt in 2019 while GDP growth fell to 6.1 percent, the slowest pace in 29 years.

Now with May and June production posting new highs, the question is whether steel should be seen as a cause or an effect of economic growth.

One measure of the strength in the steel industry is that it has relied almost entirely on the domestic market with little help from exports as foreign producers remained stuck in the pandemic slump.

Despite high inventories and uncertain consumption, China’s steelmakers have kept their eyes on prospects for government-driven infrastructure investment.

Although the central government has promoted the local government bond program as a source for funding “new infrastructure” like 5G telecom networks and artificial intelligence (AI) applications, much of the financing is expected to flow into traditional infrastructure like highways and railroads with demand for more steel.

The steel industry is banking on existing megaprojects like the Xiongan New Area to absorb high production of materials like reinforcing bars for construction. The Xiongan development was announced in 2017 to ease congestion and shift non-governmental functions away from Beijing,

“Rebar demand in north China will remain strong in the summer season, especially in Hebei (province). Demand for construction steel from the Xiongan New Area will support rebar consumption in north China this year,” said a steel trader quoted by Argus Media.

Steel producers may also be buoyed by a reported rebound in the auto industry after 21 months of declining sales and plans for at least 4,400 kilometers (2,734 miles) of new rail lines this year.

The multiple factors may be enough for China’s steel industry to build a bridge over the economic uncertainties that have overtaken competitors.

“While steel mills fell quieter in Europe, the U.S. and India, Chinese producers kept running through its COVID crisis and are producing at an even faster rate than they did last year,” the Financial Times reported last month.

The relative success of the steel industry in continuing production growth during the historic economic downturn follows a pattern of maintaining high output during good times and bad.

Government policies have served to support high levels of output despite a three-year campaign to cut overcapacity launched by Premier Li Keqiang in January 2016.

Replacement of older mills with newer-technology production has left the industry with a total capacity of
some 1.2 billion tons, the same as in 2016, according to estimates by Platts and the NBS.

Last month, the government’s top planning agency, the National Development and Reform Commission (NDRC), said it would “accelerate the cuts in overcapacity” this year, but it provided no figures.

The government has helped to boost profitability in the energy-intensive industry during the slower-growth period by reducing electricity rates for the third consecutive year along with lowering taxes and fees.

The industry’s record production underscores its importance to economic recovery.

“Production of the metal is an important indicator for an otherwise opaque set of government policies, which draw on an array of state-controlled or state-influenced sectors to lift output,” the Financial Times said.

The paper also pointed to another potential motive for maintaining high production at a low point for China’s competitors. During the pandemic crisis, Chinese steelmakers have dramatically increased their world market share.

In April, China raised its share of world production to 62 percent from 54 percent a year earlier, based on World Steel Association data. In 2017, China’s share stood at 49.2 percent.

The crisis “is putting China on course to dominate global steel production to an even greater extent than before, accelerating a trend that has gathered pace for more than half a century,” the Financial Times said.

If some western producers are forced to close, China’s share could rise even further, it warned.

Other reports on China’s production spurt during the pandemic raise the question of whether its rising market share is a consequence of government stimulus policy or a deliberate attempt to take advantage of world economic conditions that have stalled manufacturing abroad.

As in the steel industry, China appears to be pursuing a strategy for market dominance of COVID-19 medical supplies, The New York Times reported earlier this month.

“China has laid the groundwork to dominate the market for protective and medical supplies for years to come,” The Times said.

“Factory owners get cheap land courtesy of the Chinese government. Loans and subsidies are plentiful. Chinese hospitals are often told to buy locally, giving suppliers a vast and captive market,” it said.

If domination is the goal, the dangers are clear.

Countries weakened by the coronavirus will become dependent on China for the medical supplies to fight it, if they are not dependent already.

Some may become more cautious about objecting to China’s political policies, territorial claims and rights abuses, like the suppression of Uyghurs in Xinjiang and democratic freedoms in Hong Kong.

In a recent paper for the American Enterprise Institute urging a partial decoupling from China, resident scholar Derek Scissors cited “claims the U.S. cannot act against China for COVID-19 deceptions while dependent on Chinese supply of COVID-19-related material.”

A lengthy commentary by the website of the official English-language China Daily on July 2 connected some of the consequences in arguing against the United Kingdom’s pending decision to bar 5G leader Huawei from its high-speed telecom network due to security concerns.

“Many in the business community are worried that any such U-turn would deny the UK the opportunity to be a European leader in the technology at a time when the country’s economy needs a significant boost.

“The UK has seen the third-highest number of deaths globally from the coronavirus pandemic, its GDP contracted by 20.4 percent in April and the country may fail to reach a trade deal with the European Union by its self-imposed deadline of the end of this year,” the paper said.

Despite the warnings, the UK announced its decision on July 14 to remove Huawei equipment from its network by 2027, drawing angry threats of consequences from Beijing.

“My guess is that Xi decided … ‘Might as well take advantage of the Cold War to suppress domestic opposition and ramp up a few industries, including steel, face masks and protective gear, where there’s a willing market of world buyers,'” said Hufbauer.

“That’s one way to help China reach positive growth in 2020,” he said.