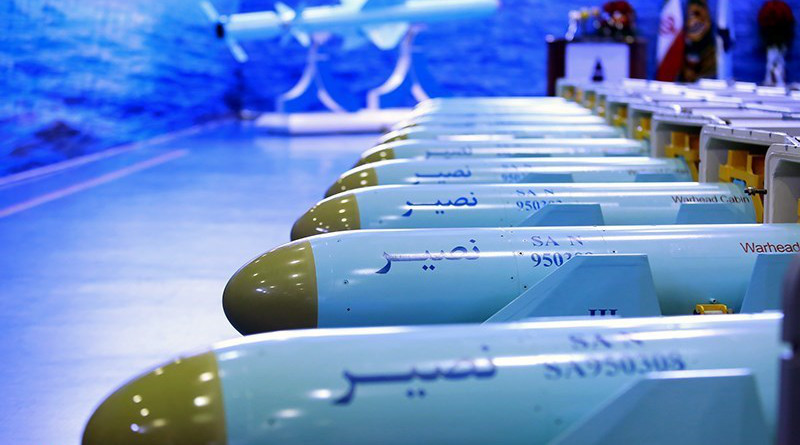 The month of July has seen multiple attempted missile and drone strikes by Houthi forces on civilian targets in Saudi Arabia.

The latest was a failed attack on July 14, which has at once focused global attention on Tehran’s outsized missile program and highlighted how the regime used its proxy armies and arsenal of weapons to sow chaos across the Middle East.

A 2019 report by the US-based Center for Strategic and International Studies (CSIS) laid bare the extent of Iran’s commitment to its missile program and made it clear that these weapons presented a stark threat to Saudi Arabia and the wider region.

Iran’s missile arsenal was by far the largest in the Middle East, the report warned. Run entirely by the Islamic Revolutionary Guard Corps (IRGC) and with a price tag (estimated at billions of dollars per year) that was accelerating the collapse of the domestic economy, these weapons were a core part of Iran’s aggressive foreign policy.

Experts told Arab News that Iran’s missiles were not only dangerous pieces of weaponry in themselves, but were being held in dangerous hands, and were the pillar of a hostile and belligerent foreign policy.

The threat of the IRGC’s missiles, analysts and the CSIS report confirmed, could not be underestimated. An all-out missile assault on a nearby country, such as Saudi Arabia or the UAE, “would overwhelm virtually any missile-defense system,” the CSIS study claimed.

The range of Iran’s missiles, from roughly 300 km to 2,000 km and above, posed a unique challenge to Saudi Arabia — especially given Tehran’s hostility toward the Kingdom — and also presented a catastrophic threat to states throughout the Middle East.

Ian Williams, deputy director of the CSIS’ missile defense project, told Arab News that the ability to overwhelm any air defenses was a central part of the Iranian strategy.

He said Tehran realized that it could not “outright defeat the US and GCC (partners), but if they (the Iranians) can make such a conflict painful enough, they can deter external threats in all but the most extreme circumstances.”

As Iran’s relationships with its neighbors and the US have turned sour, and its economic situation spirals further out of control, the regime has been increasingly preoccupied with its own survival. This has not, however, meant that Iran has taken a step back from its truculent geopolitical posture.

“Iran is using its missiles as a means of power projection. We see this in its missile attacks in Iraq, Syria, and Saudi Arabia,” Williams added.

Tehran had also been upgrading its arsenal in recent years, “making big strides in increasing the accuracy and lethality of its missiles,” he said. “Iran is increasingly able to use its missiles to make effective attacks on enemy military bases and formations, rather than just a terror weapon to attack cities.”

Dr. Christopher Bolan, professor of Middle East security studies at the US Army War College, said that as sanctions bit and Iran’s conventional military was undermined by poor leadership, Tehran was increasingly reliant on using and exporting ballistic missiles to its proxy forces throughout the region.

“Iran has equipped several of its closest proxy forces — the Houthis, Lebanese Hezbollah, and Kata’ib Hezbollah — with advanced missile capabilities that have been used to strike targets in Saudi Arabia, northern Israel, and in Iraq respectively,” he told Arab News.

“Iran has cultivated a regionwide network of proxy forces that have the potential to inflict significant damage on US or allied interests, with the added advantage of providing Tehran with a degree of cover and plausible deniability.

“In Iran’s national security strategy, these proxies are an essential element of deterrence,” Bolan said.

The evidence that Tehran was leaning further into this strategy was abundant. This year, Kata’ib Hezbollah, Iran’s most powerful ally in Iraq, was suspected of having been responsible for a series of missile attacks in the country, including one that killed two American soldiers and one British service member.

The Sept. 14, 2019, attacks on Saudi Aramco facilities in Abqaiq and Khurais, too, provided ample evidence of how Tehran mobilized its proxy forces to strike terror. Claimed by the Houthi rebels at the time, the sophistication of the attacks meant that they would have been impossible without Iranian assistance and arms.

As Tuesday’s attempted Houthi strike on the Kingdom demonstrated, these tactics were still being actively pursued by Tehran to this day.

Samuel Hickey, a research analyst at the Washington-based Center for Arms Control and Non-Proliferation, told Arab News: “Iran often operates in the gray zone between war and peace.

“This strategy helps Iran further its security goals, while not necessarily provoking direct retaliation,” he said, adding that it also created “uncertainty in how adversaries should respond.”

All experts that spoke with Arab News testified to the uniquely difficult task of responding effectively to the Iranian missile threat.

If pushed too hard, they agreed, the Iranians could lay waste to swathes of the Middle East, while likely destroying themselves in the process. But if appeasement continued, there was every indication that the IRGC would continue to destabilize the region, proliferate ballistic missiles, and accelerate its pursuit of nuclear arms.

“The Iranian missile threat cannot be negated, only mitigated,” Bolan said. The first step, he added, was already in motion, that being “strengthening the missile defense capabilities of the Arab Gulf states.”

But he pointed out that improvements were still required in that first line of defense. “More work needs to be done to integrate these disparate national systems into a regional network capable of detection of launches.”

The US, Bolan said, could play a pivotal role in guaranteeing the safety of the Kingdom and wider GCC.

“The US should continue to bolster the individual national missile defense capabilities of regional allies, and (act as) a primary deterrent to Iranian missile strikes,” he added.

He noted that the US should use its position as a key ally to many states in the Middle East to push for greater integration, which would “create a more effective regionwide missile defense capability.”

As things stood, Tehran continued to put ballistic missiles, and the means to use them, into the hands of terrorists. Individual strikes could come from Iraq, Lebanon, Yemen, or Syria, but at the source of every missile fired was Iranian technology and Iranian funding.

Enhanced missile defenses and cooperation between the Kingdom and its allies would mitigate the Iranian threat, but it was clear that, until Tehran gave up its misguided pursuit of regional hegemony, its weapons would pose a constant threat to those that sought stability and prosperity.