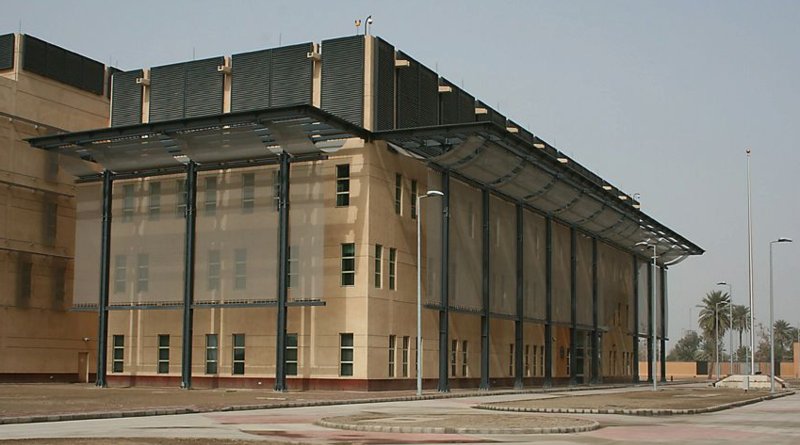 At least four Katyusha rockets were fired at the US embassy in Baghdad’s heavily fortified Green Zone, one of which landed in an area where American troops are stationed at the diplomatic mission, according to media reports.

A statement by the Iraqi military confirmed the Katyusha rocket has fallen near the US embassy, but said the incident has caused no casualties.

The US embassy’s missile defense system has apparently failed to intercept the rocket, sources say.

Meanwhile, security forces have found a missile base and dismantled two other rockets at the launch site, the Iraqi military’s statement added, Press TV reported.

No group has so far assumed responsibility for the rocket attack.

On July 5, a child was injured in a similar incident where a rocket hit a home near the Green Zone, which houses government buildings and foreign missions.

The attack was at least the ninth within a week apparently aimed at US interests, according to a Reuters tally based on official statements and security sources.

Home » Iraq: Rockets Fired At US Embassy In Baghdad