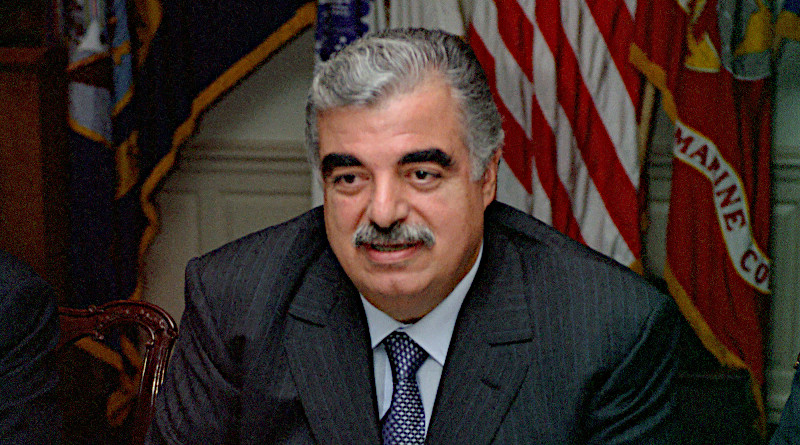 A special tribunal created by the UN to investigate the assassination of former Lebanese prime minister Rafic Hariri over 15 years ago is set to deliver its long-awaited verdict in the Netherlands today.

Hariri was murdered on Feb. 14, 2005, when a bomber detonated a van next to his armored convoy in Beirut’s St. George area. The attack killed 21 other civilians, including legislator Bassel Fleihan, and injured 226.

The assassination triggered massive public demonstrations, leading to the withdrawal of Syrian forces from Lebanon and an end to Damascus’ 30-year security and political guardianship of the country.

The Special Tribunal for Lebanon (STL) will deliver its verdict in Leidschendam, near the Hague, two weeks after explosions at the Port of Beirut left 178 people dead and another 6,000 injured.

The UN set up the STL in February 2006 at the request of the Lebanese government, making it the first international court in modern history to try those accused of political assassination.

The court overturned proceedings against Mustafa Amin Badr Al-Din, the suspected mastermind believed to have died in Damascus in May 2016. However, the chamber’s decision did not rule out continuing his case if, in the future, evidence emerged that he was still alive.

The four defendants, who are still in hiding, were tried in absentia. While the pleading sessions ended in 2018, the judgment was delayed to 2020 because of the thousands of pages of documents under review and coronavirus-related restrictions.

STL spokesperson Wajed Ramadan told Arab News from the Hague: “The tribunal requested the names of those affected from their legal representatives, in compliance with coronavirus-prevention measures adopted by the Netherlands and the STL.”

The session is expected to be broadcast live on all Lebanese television stations as well as Arab and foreign outlets. The proceedings will also be updated through the court’s website in Arabic, English and French, and through its YouTube channel in Arabic.

“Thirty journalists from the Lebanese, Arab and foreign media have been granted accreditation to cover the session,” Ramadan said.

“Hope in international justice was never lost and the truth shall be revealed. Aug. 7 will be retribution day for the assassins,” Saad Hariri said in a statement to supporters of his Future Movement party, before the Beirut blast prompted the verdict’s postponement.

Merhi, Onaisi, and Sabra are accused of being accomplices in each of the four crimes of which Ayyash is accused.

The prosecution relied on phone logs to prove the defendants monitored Rafic Hariri and his movements, that they were present at the scene of the assassination and that they forged Ahmed Abu Adass’ false declaration about committing the crime via recorded tape.

The prosecution presented the investigation findings and the political background and motives, including a much-publicized threat by Syrian President Bashar Assad to kill Hariri if he did not agree to extend the mandate of the Lebanese president at the time, Emile Lahoud.

The attack took place five months after the UN Security Council adopted Resolution 1559 in September 2004, calling for the withdrawal of Syrian forces from Lebanon and the disarmament of Hezbollah.

The prosecution’s final memorandum quoted Hezbollah leader Hassan Nasrallah as saying in a public speech that the four defendants were “brothers in the resistance,” claiming it proved their affiliation to Hezbollah.

It also cited heightened surveillance by Ayyash during Rafic Hariri’s meeting with Nasrallah in 2004 in Haret Hreik, although the meeting had been kept confidential.

The prosecution also stated that Syrian military and intelligence officer Rustum Ghazaleh had increased contact with Hezbollah official Wafik Safa and went on visits to Haret Hreik as the Syrian conflict with Hariri intensified.

The full ruling is expected to be between 500 to 1,000 pages, Ramadan said. Judges of the First Instance Court, headed by David Ray, will read a summary of the charges against each defendant and the respective verdicts.

“The Registrar of the Chamber, Daryl Mundis, will hand over a certified copy of the verdict to the Lebanese authorities,” Ramadan told Arab News.

The defense will have 30 days to appeal.

The judges heard testimony from 307 witnesses, 269 of whom were from the prosecution.

A total of 119 witnesses either testified before the STL or from Beirut through a televised conference system. The legal representatives of those affected provided evidence from 31 witnesses.

Hezbollah has refused to recognize the STL from the outset. Nasrallah accused it of being “politicized and serving the interests of Israel and the United States.”

He has also refused to extradite the accused, whom he described as “saints,” warning against “playing with fire with its rulings to ignite an inner conflict.”

Before he stepped down as prime minister amid outrage over the Beirut blast, Hassan Diab had pledged to abide by the decisions of the STL and to pay the financial dues it owes. He had urged people to avoid “fishing in troubled waters” and said the authorities “must be ready to deal with the fallout” of the judgment.

The involvement of Iran-backed groups in assassinations and kidnappings in Lebanon has never been a secret. Before the official inception of Hezbollah in 1985, groups such as the Lebanese Islamic Jihad, the Wheat of the Earth Organization, the Organization for the Defense of Free People and the Islamic Jihad for the Liberation of Palestine claimed responsibility for terrorism that was aimed at cementing the authority of the Syrian regime and its Lebanese allies.

Bombings in 1983 against US and French troops and the US embassy marked the beginning of a 37-year wave of terrorism in Lebanon. Between 1982 and 1992, 104 foreigners were taken hostage in Lebanon, mostly Americans and Europeans.

William Francis Buckley, the former head of the CIA’s Beirut office, was kidnapped by the Islamic Jihad in March 1984 and declared dead in October 1985. His remains were found in a plastic bag on the side of a Beirut road in 1991.

American Peter Kilburn and Britons Leigh Douglas and Philip Padfield, employees of the American University of Beirut, were kidnapped in April 1986 and their bodies discovered days later near the city. An organization calling itself the Revolutionary Organization of Socialist Muslims claimed it executed the three men in retaliation for American air strikes on Libya that month.

Michel Seurat, a French sociologist, was kidnapped in February 1986 and later declared executed by the Islamic Jihad. His body was found in October 2005.

While the perpetrators of many of these violent terrorist acts remained mostly unidentified, suspicion inevitably fell on Hezbollah.