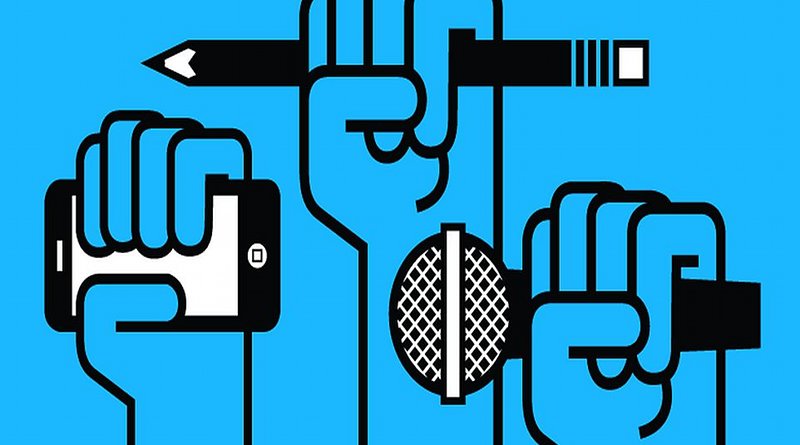 In regards existential journalism we mentioned earlier, and I left it for the end to present an acronym formula F-I-C-A-R that encircles freedom, individualism, commitment, action and responsibility.

The first letter (freedom) is essential, but the last one – responsibility – must control and curtail this freedom.

So, freedom of the journalist and by that of the press is essential and we wonder why, due to Committee to Protect Journalists, has been killed 1190 journalists since 1992, and so far in 2019 15 of them have been killed, 250 imprisoned in 2018 and 456 exiled since 2008. They have not been killed, exiled and /or imprisoned as the combat fighters but as the professional journalist who wanted to inform the public about certain events. That is why freedom of the press is so important – so important that people are killed because of that, but real truth is that whoever committed those crimes directly and indirectly undermined freedom in general, sending a message that freedom is hard to reach. However, a journalist, professional ones, never stops in fighting for the freedom of the press.

A free press is fundamental to a democratic society. It seeks out and circulates news, information, ideas, comment and opinion and holds those in authority to account. The press provides the platform for a multiplicity of voices to be heard. At national, regional and local level, it is the public’s watchdog, activist and guardian as well as educator, entertainer and contemporary chronicler.

Individualism, second letter from acronym of FICAR, has dual reflection within it – individualism as self-relying and individualism as more ethically related, which is our current interest, be the change you would like to do. Indian leader Mahatma Gandhi said that good habits are the key to an ethical life. Before trying to reform society, said Gandhi, one must reform one’s self. Another notable individualist thinker was David Hume whose emphasis was on character-building, on personal dedication to habitual allegiance to virtue.

The third letter of the acronym FICAR – commitment — has a broader sense as well:

Commitment to Truth – Good decision-making depends on people having reliable, accurate facts put in a meaningful context. Journalism does not pursue truth in an absolute or philosophical sense, but in a capacity that is more down to earth.

Commitment to verification – journalists rely on a professional discipline for verifying information. While there is no standardized code as such, every journalist uses certain methods to assess and test information to “get it right.” Being impartial or neutral is not a core principal of journalism. Because the journalist must make decisions, he or she is not and cannot be objective. But journalistic methods are objective.

Commitment to independence – Independence is a cornerstone of reliability. On one level, it means not becoming seduced by sources, intimidated by power, or compromised by self-interest. On a deeper level it speaks to an independence of spirit and an open-mindedness and intellectual curiosity that helps the journalist see beyond his or her own class or economic status, race, ethnicity, religion, gender or ego. Journalistic independence, write Kovach and Rosenstiel, is not neutrality. While editorialists and commentators are not neutral, the source of their credibility is still their accuracy, intellectual fairness and ability to inform – not their devotion to a certain group or outcome. In our independence, however, journalists must avoid straying into arrogance, elitism, isolation or nihilism.

Commitment to serve as independent monitor of power – Journalism has an unusual capacity to serve as watchdog over those whose power and position most affect citizens. It may also offer voice to the voiceless. Being an independent monitor of power means “watching over the powerful few in society on behalf of the many to guard against tyranny,” Kovach and Rosenstiel write.

Commitment for providing a forum for public criticism and compromise – Journalism should also attempt to fairly represent varied viewpoints and interests in society and to place them in context rather than highlight only the conflicting fringes of debate. Accuracy and truthfulness also require that the public discussion not neglect points of common ground or instances where problems are not just identified but also solved.

Journalism, then, is more than providing an outlet for discussion or adding one’s voice to the conversation. Journalism carries with it a responsibility to improve the quality of debate by providing verified information and intellectual rigor. A forum without regard for facts fails to inform and degrades rather than improves the quality and effectiveness of citizen decision-making.

The fourth word within acronym FICAR is action and it is true that ethics has to do with “self-legislation” and “self-enforcement” unlike law. We know when a person is doing an illegal act but are often perplexed about the ethics of a person’s actions. It is important to note that ethics deals with the voluntary actions, motivated by good will. If journalist has no control over his or her actions, then there is no need to talk about ethics. Voluntary actions are those that a communicator could have done differently if desired. Therefore in a real sense it is useless to criticize the ethics of journalists who works in authoritarian country. This journalist does not have luxury of deciding among alternative actions. Ethical decisions must be made within the contexts of reasonable expectations.

And finally, last word is responsibility within the acronym FICAR and that is most important as conclusion. As mentioned earlier we can just add that responsibility is within the core of journalism – the main responsibility of a journalist is to report the news in a truthful, unbiased and accurate way. Also, to make final circle within FICAR acronym responsibility is intertwining with freedom in way that will not allow that somebody’s else freedom jeopardize another one’s freedom. In that case that is not called democracy.

Question to think about: Is F-I-C-A-R a reflection of real professional journalism?

Next: Media ethics in professional journalism: Sensationalism in media – from Gutenberg to Social media