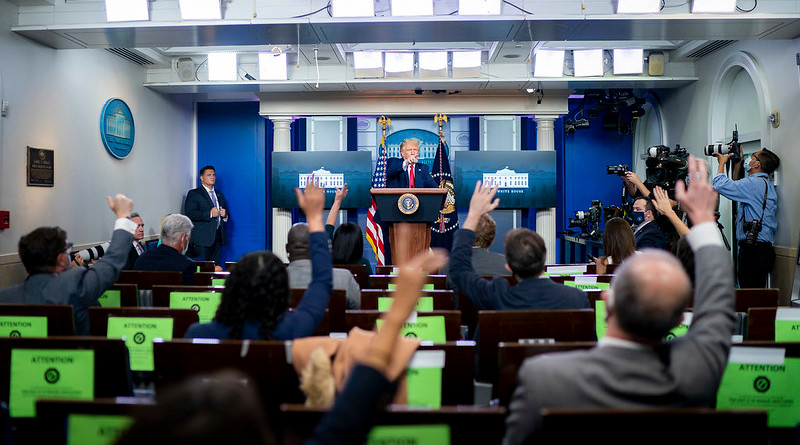 US President Donald Trump has insisted that two more Arab states are ready to join Bahrain and the UAE in recognising Israel.

Trump said that the US is ‘very down the road with about five different countries’, and that two of them ‘are ready to try’.

‘You’re going to have a whole level of peace in the Middle East without blood all over the sand,’ he said on Wednesday, a day after hosting the leaders of Israel, Bahrain and the UAE in Washington to sign the pact.

‘I think Saudi Arabia ultimately will come in too. This is my feeling … it’s not based on knowledge other than a couple of conversations I had with the king,’ he added, according to Israel National News.

Those in advanced talks with the US over Israeli relations are though to include Oman, Sudan and Morocco.

Two other Arab states – Egypt and Jordan – have long-established ties with Israel.

The deal breaks with years of consensus among Arab countries that a pact recognising a Palestinian state is a necessary precursor to any accord with Israel.

Palestinian leaders bitterly oppose the deal, fearing that it will prompt Israel to give up on the peace process, destroying their hopes of statehood.

Iran, a staunch supporter of the Palestinian people, also opposes the deal.

Hassan Rouhani, the Iranian President, has warned the leaders of UAE and Bahrain that they will bear ‘severe consequences’ of signing the pact.

‘How could you reach out your hands to Israel? And then you want to give them bases in the region? All the severe consequences that would arise from this are on you,’ he said in televised remarks.

The deal signing also sparked protests across Gaza, the West Bank and Ramallah, home of the Palestinian Authority.

It also saw two rockets fired overnight from Gaza towards Israel, which were timed to coincide with the ceremony.

Two missiles were fired from Gaza, one of which was intercepted by the Iron Dome defence system, and the other of which landed in the southern city of Ashdod.

There was no immediate claim of responsibility for the rocket fire from the various Palestinian factions operating in Gaza.

But the IDF levelled blame at Hamas and warned that it would ‘bear the consequences for terror activity against Israeli civilians’.