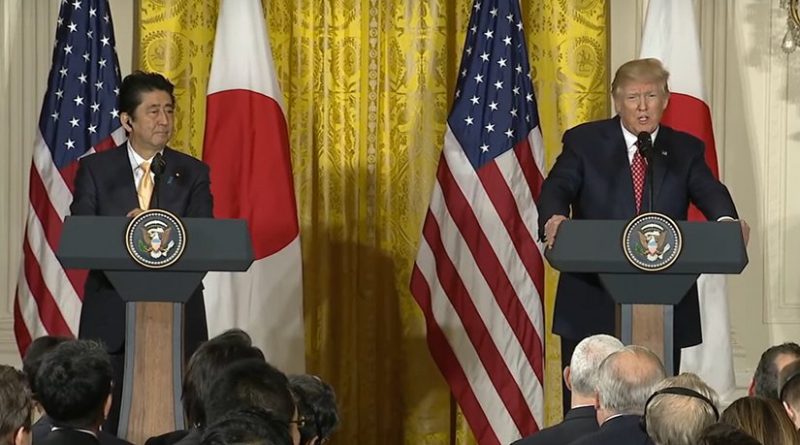 There has been a flurry of articles speculating that it might be a good thing for regional security if Japan “went nuclear”. However, this would require much more than simply building nuclear weapons, in particular requiring the construction of a massive supporting infrastructure and overcoming domestic opposition.

There has been a flurry of articles speculating that it might be a good thing for regional security if Japan became a nuclear power. Noted academic Walter Russell Mead argued in a Wall Street Journal article in September that an “American retreat from the Pacific” – caused by a vacillating Trump administration with a less-than-sterling security commitment to Asia – could lead to Japan to conclude that “going nuclear” might be its best recourse. More recently, Bilahari Kausikan wrote in the Washington Post that Japan – and South Korea – should both go nuclear, and that it was only a matter of when, not if.

Indeed, both Mead and Bilahari believe that the Trump administration should welcome the idea of a nuclearised Asia. According to Bilahari, it would create a “six-way balance of mutually assured destruction”. And indeed, if the United States were to remove Japan from its security guarantee – covering it under the US nuclear umbrella – Tokyo might seriously consider becoming a nuclear power. Moreover, it is generally conceded that Japan has the technological capacity to build an atomic bomb in a relatively short time — months, perhaps, a few years at the most. The real question, however, is, does Japan really want to be a nuclear power?

In the first place, Japan would likely find that becoming a nuclear weapons state is a lot harder than it or most others think. It is not simply a matter of building an atomic bomb. Yes, if Japan were to build a nuclear bomb and test it, it would have resonance throughout Asia, and, indeed, the rest of the world. But it would require much, much more for Tokyo to create a credible nuclear deterrent.

In the first place, Japan would need to test and re-test its nuclear capabilities. Yes, supercomputers can simulate some of the characteristics of a nuclear explosion, but ultimately Japan would probably have to conduct several nuclear tests, over the course of several years, to create a reliable nuclear force.

But how would it deploy such a weapon? On aircraft? Japan has no nuclear-capable aircraft, no bombers or specialised strike aircraft. The country’s Air Self Defence Force does operate several US-designed fighter jets, especially as the F-15, which could conceivably be adapted to carry nuclear weapons. But that would require US permission to open up the plane’s “black boxes” – its electronics and sources codes – in order to nuclearise these aircraft; it is hard to see that happening.

Japan could put its nuclear weapons on missiles. That would require miniaturising a nuclear weapon to fit on a missile and then developing the missile itself. Japan has a vibrant space-launch industry, but they are the wrong kind of rockets for a nuclear force. A specialised solid-fuelled missile would have to be built almost from scratch.

Even then, where would Tokyo put these missiles, whether in silos (which would be vulnerable to earthquakes) or on mobile launchers? Japan is a small and populous country; what region of Japan would want to accept these weapons, especially since they would make any place a high-value target for an enemy first strike? It is likely that many local communities would copy Okinawa in strongly protesting the militarisation of their back yards.

Japan could deploy these missiles on submarines, which would require a specialised submarine-launched missile, encapsulated for underwater launch. The country would also have to develop a whole new submarine (SSBN), most likely nuclear-powered, meaning another technological hurdle (small, extremely safe nuclear reactors) that needs to be overcome.

All this will not be cheap. It cost Britain £15 billion pounds to create a four-boat fleet of Vanguard-class SSBNs – and London simply bought submarine-launched Trident II missiles off-the-shelf from the United States (something Washington would likely not do for Tokyo).

Moreover, Japan would have to come up with an early warning system (satellites and radar) to detect an incoming nuclear attack, as well as specialised and highly secure command and control system for the use of nuclear forces. In addition, security devices, called permissive action links (PALs), would have to be fitted to each weapon to prevent the unauthorised arming or detonation of a nuclear device; such PALs would have to be highly encrypted to prevent their being hacked.

Tokyo would then have to devise protocols for arming and using its nuclear forces. Most likely the prime minister would control the nuclear football containing the launch codes, and he or she would be the final authority for the actual release of nuclear weapons. But what about submarine-launched nuclear forces? Even with the “two-man rule,” submarine commanders on SSBNs theoretically have considerable autonomy to launch on their own authority. Such details would have to be worked out.

You’re on Your Own, Japan

Above all, Tokyo would need to tackle all of these technological and infrastructure issues on its own. The US certainly is not going to help. It would cost trillions of yen to build a credible nuclear force, and decades to put it into place.

In the meantime…what? Will the Japanese public go along with a massive and expensive nuclear weapons programme? One might expect Japan’s political far right to love the idea. The nationalists have long yearned for the day of reclaiming the country’s imperial heritage, of possessing a massive military force, including nuclear weapons, capable to defending the country independently.

But what about the vast majority of Japan’s population that is still squeamish about the idea of going nuclear? Japan’s citizens have had anti-militarist, anti-war, and anti-nuclear beliefs drummed into them for over the past 70 years.

These convictions are enshrined in Article 9 of its constitution, which renounces war as a tool of international disputes. Yes, this article has been constantly reinterpreted over the decades to permit the re-arming of Japan, sending Japanese forces overseas, and engaging in collective security with the US. Nevertheless, Article 9 is still construed as prohibiting offensive weapons, particularly nuclear forces.

Moreover, when it comes to nuclear weapons, Japan is a special singular victim, the only country to have ever been attacked with atomic bombs. These are difficult sentiments to overcome on the road to “going nuclear.” A nuclear Japan is not unimaginable. At the same time, it is not a thing that could be done on the cheap, in a hurry, or without provoking a massive political tempest.

*Richard A. Bitzinger is a Senior Fellow and Coordinator of the Military Transformations Programme at the S. Rajaratnam School of International Studies (RSIS), Nanyang Technological University, Singapore. An earlier version of this Commentary appeared in Asia Times.