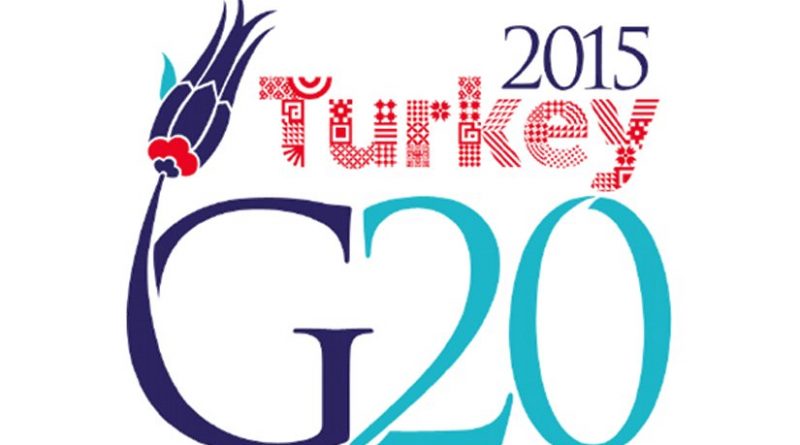 The barbaric attacks in Paris have led to discussions at the G-20 Summit in Antalya which have been more political than economic.

Antalya, with its strict security, was packed with political and business delegations. Despite the summit’s economic focus, politics has forced itself into the discussions.

The Paris attacks shocked the world only a few days before the summit; they showed yet again that terrorism has no respect for either religious or cultural boundaries.

Saudi Arabia has always warned against terrorism, and the words of Custodian of the Two Holy Mosques King Salman at the conference left no room for doubt or indecision. “We have suffered in the Kingdom from terrorism,” he said. “We have been determined to fight it rigorously and decisively, and to address its intellectual perceptions, especially those that take from the teachings of Islam a justification for terrorism. Islam cannot be blamed for such monstrosity.”

The king highlighted that Saudi Arabia had been a victim and a target of terrorism and had continuously warned against it. It has established the International Center for Counter-Terrorism under the United Nations umbrella and donated $110 million to make it an international center for the exchange of information and research concerning terrorism.

The presence of terrorism, No. 1 on the world leaders’ agendas, brings up the subject of the world’s ability to fight it. It is no secret that extremists and terrorist organizations have found safe havens in failed states. We see how Syria and Iraq are attracting terrorists and their organizations from around the world.

If the world really wants to combat terror, then decisive action is needed in the way that states promoting terror are treated.
The continuation in power of the murderous Syrian regime that has killed a quarter of a million people is an inexcusable stain on humanity. The world is reaping the fruits of its inaction in Syria where many originally thought the problem would remain an internal one. Yet, the terrorists are making their way to other countries even as the refugees are fleeing the threats of chaos and death.

Fighting terror is an international responsibility and dealing effectively with the Middle East’s political and economic problem must be the first step toward a solution.

Some Middle East countries instigate wars and sectarianism by supporting militias to fight proxy wars. Observing Iran’s policies, one can clearly see it is a common factor in the area’s problems, and the world should cease its acquiescence in Iranian policies.

The world cannot ignore its responsibilities, particularly since the centers of power in the world have changed. The world was once run by US-Soviet meetings and then by the G8. This is not, however, the case any longer; a new dynamic and a new reality have taken their places on the international stage.

The varying development rates and a number of economic crises have given some countries greater power in the world’s economy. Thus Saudi Arabia is the only Arab country in the G-20, a group which represents 90 percent of the global gross national product.

The summit has discussed economics as per the G-20 mission to monitor sustainable growth, infrastructure development, and job creation.

Even if the world were to achieve economic results that avoided crisis, economic recovery would still be fragile.

There is an interest in China’s declining economic growth and how it affects other countries’ economies. We can say that the economy is of vital importance to governments because without a successful econmy, governments might find themselves in trouble because of a lack of internal stability.

The Middle East has talked about this problem and King Salman, representing the Arabs, stated certain clear political positions.

He began his speech with terrorism, knowing that the world would listen attentively to him because of Saudi warnings and shared intelligence which have alerted the world to imminent threats.

Yes, politics and economics did mix at the summit in Antalya, but whoever said that the two were separate?

Home » G-20 Summit: One Eye On Terror And The Other On Economics – OpEd