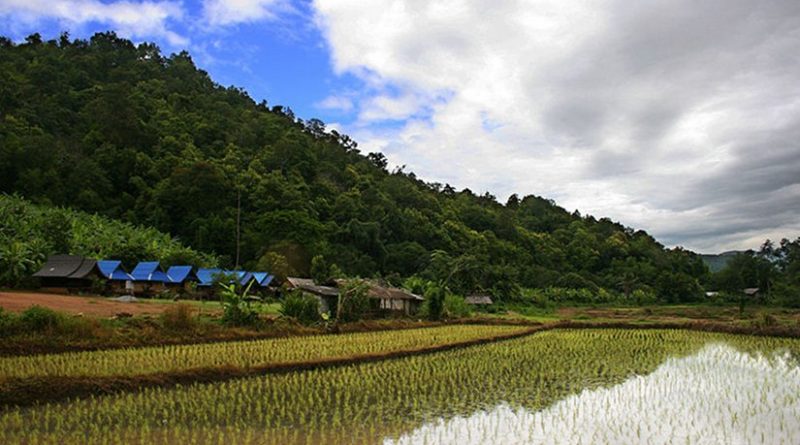 Thai farmers have been witnessing the rice price plunge which further hurt their income and living standards. The government’s measures to alleviate their plight have been quick fixes at best. It must come up with a longer term plan to tackle the bigger issue of economic restructuring.

Rice farmers are nowadays among the saddest people in Thailand, the world’s second largest rice exporter. They have been witnessing their crop prices plunge. For example, jasmine rice price has declined to US$725 per tonne, the lowest since 2008. The farmers voiced their grievances to the Thai government which took some swift actions through to alleviate the problem.

For instance, the junta set up a series of schemes to ease the market glut and stabilise the prices. The authorities handed out subsidies worth at least US$1.3 billion to the jasmine rice growers who withheld flooding the market with their crops for six months. On 7 November 2016, another support plan worth US$514 million was approved. Military staff were deployed to check the rice stockpiles at certain millers which were suspected of price collusion. Additionally, the authorities promised to foster a fair relationship among the stakeholders namely farmers, millers, middlemen, and exporters.

While the policies above can address the grievances to some extent, they constitute quick fixes at best. Subsidies often come with costs such as adding burdens to the fiscal budget which could eventually lead to balance-of-payments problems. Creating rice storages requires additional financial and technical support for a system of temperature and humidity controls.

Thailand’s Prime Minister General Prayut Chan-o-cha acknowledged that the current support schemes are temporary measures and the administration must implement longer term plans by, for example, focusing on dealing with “supply and demand, so that the country’s rice production is balanced”.

Moreover, critics are quick to point out that the current supporting mechanisms are not entirely new as some forms had been implemented before. Despite all these efforts year after year, the Thai rice growers continue to suffer from low income and standard of living. Are there any areas being missed by the authorities?

Such questions often give rise to new proposals. The Kingdom’s scholars have not been shy of providing ideas. A group of experts believing that the plunge in fragrant rice price was mainly caused by speculation by exporters, called for the establishment of a futures market and a better rice production forecasting system. Some suggested innovative methods to improve productivity and quality. Although a programme aimed at enhancing productivity is essential, it should be implemented concurrently with a far-sighted plan of economic restructuring.

The crux of the farmers’ grievances is low income. Boosting productivity with technology is one way to increase their overall earnings and welfare. More advanced technology not only helps the farmers grow and harvest higher yields and higher-quality crops, but also frees up more people from the rice production sector.

History has shown that automation somehow replaces manpower and innovation which enables fewer workers to undertake certain tasks previously unimaginable. Hence, as more people will in the future be released from rice planting, the question arises: Where in the economy should these individuals be re-deployed to?

As the above phenomenon will ultimately come, the administration must plan ahead. It needs to look at the whole Thai economy to decide which industries are facing or will face labour shortage, and then implement training programmes to equip those coming out of rice paddies with necessary skills to fill the voids in the manufacturing sector. Moreover, the authorities must work together with the private sector to identify where Thailand would fit into the global value chains and how much value-added the country would contribute to them.

Tackling these matters will enable the Kingdom to gauge the potential competition over wages among exporting nations and find the niches in the supply chains which the country can plug in while facing fewer contenders. Otherwise, efforts to train the ex-farmers would be useless as they could later encounter unemployment caused by lower cost of production elsewhere.

Admittedly, economic restructuring is easier said than done. But the junta sooner than later will have to face it. Practical plans to move people out of the rice paddies and allocate them to the other sectors such as manufacturing is crucial to the future development of the Kingdom’s economy. The authorities should be well-prepared for the change.

*Kaewkamol Pitakdumrongkit is an Assistant Professor at the Centre for Multilateralism Studies, at S. Rajaratnam School of International Studies (RSIS) of Nanyang Technological University, Singapore.