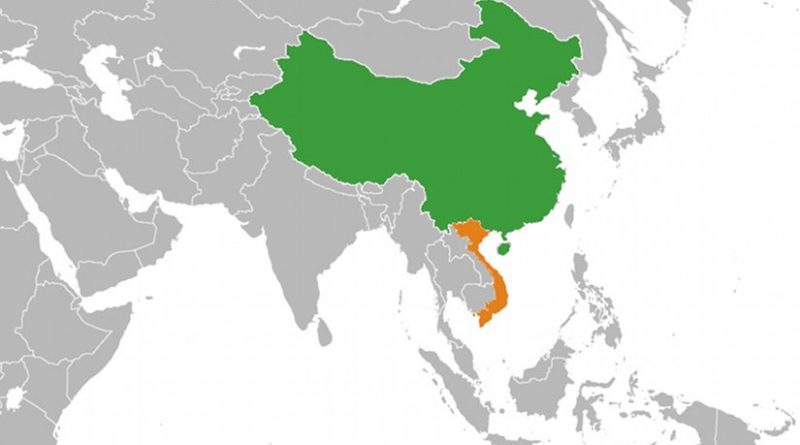 By Wang Li and Do Quynh Anh*

To most scholars who are obsessed with the realist doctrines, China and Vietnam can’t maintain mutually trusted relationship in view of historical memories and geopolitical concerns. Even Henry Kissinger argued that “with the fall of Saigon in 1975, the inherent and historic rivalries between the two communist states burst into the open, leading to a victory of geopolitics over ideology.

Given this, Beijing has been obliged to face the strategic nightmare to its south border. Partially correct, but it is not the whole picture of the Sino-Vietnamese relationship over the past decades.

China and Vietnam, though having disputes over the territories, have been able to maintain growing economic ties and stable political contacts. Beyond the normal diplomacy between Beijing and Hanoi, there is a strong link between the two ruling parties’ solidarity. Due to this, during November 10-13, Chinese President Xi Jinping, also the General Secretary of the Central Committee of the Communist Party (CPC) paid a state visit to Vietnam where he met all the highest-ranking officials of the country. It was reported that both sides, on the basis of the comradely and brotherly spirit, continuously exchanged in-depth views on relations between the two parties and the two countries.

Actually, it is necessary to note that China has three-channel diplomacy with foreign countries all over the world. Firstly, the diplomacy between government and government is the normal recognition of each other; therefore, it is of legal significance. Secondly, Chinese wisdom argues for that the relationship of economics, culture and peoples acts the foundation of foreign affairs. Thirdly, China has keenly paid attention to the contacts between the ruling parties of foreign countries. As a communist state, China is obviously committed to having the dialogues with the ruling parties of other communist states, such as Cuba, Vietnam, Laos and North Korea. Given that Vietnam is the most dynamic, opened and growing fast economy among the four communist brothers, during his three-day visit to Hanoi, Xi smartly promoted the mutual confidence in each other, and both sides agreed to work on the basis of existing consensus, in a bid to constantly develop China-Vietnam comprehensive strategic partnership.

Considering this, Xi Jinping stressed that his visit to Vietnam was to consolidate long-time honored friendship, deepen practical cooperation, and make plans for the bright future of China-Vietnam relations. Both China and Vietnam adhere to the leadership of Communist Party, stick to the path of socialism, reinforce solidarity and cooperation, and pursue common development and prosperity, which is in the fundamental interests of the two peoples and conducive to peace, stability and development of the region and the world at large. China stands ready to work together with Vietnam to carry on the policy of long-term stability, future orientation, good-neighborly friendship and all-round cooperation and the spirit of good neighbors, good friends, good comrades and good partners, so as to push forward China-Vietnam comprehensive strategic cooperative partnership for constant development. Meanwhile, China and Vietnam have made pioneering moves to manage their differences. Through the idea of mutual respect and mutual benefit, the two countries vow to find a solution to maritime disputes that is accepted by both sides. As a Chinese scholar argued, China-Vietnam relations are special and have a long history, close communication in governance between the two countries and the two parties will help to enhance political trust, which is vital to more comprehensive and bilateral cooperation in the new era.

As always, friendship between states is never a lip-service. Given this, a series of important consensus reached by China and Vietnam is being transformed into practical results. In terms of economics and trade, China has invited Vietnam to participate into the “Belt and Road Initiative” which is the core part of Chinese development strategy for the next decades, inclusive of the cross border economic zone and several other key projects. In the next 15 years, China is expected to import commodities of billions of US dollars from Vietnam and to make investments in Vietnam, devoting over $10 billion to over 500 projects, such as infrastructure, educational and cultural and tourism. During Xi’s visit to Vietnam, both sides also signed a series of agreements and protocols involving agriculture, industry, aero-space, renewable energy, finance management, bilateral security and border control. Equally, in public affairs, President Xi attended the opening ceremony of the Vietnam-China Friendship Palace, which was built with Chinese aid. The palace will be the venue to hold political, social and cultural events, symbolizing the friendship between the two peoples. The palace is Chinese gift to the public of Vietnam so the two nations have facilities to perform friendship and cultural exchange activities and host other international events.

In summary, both China and Vietnam are sovereign states with strong desire to be strong and civilized powers. Previous successes and experiences in solving territorial disputes and other issues have given their confidence, which inspired both countries to join hands in the struggles for national independence, equality and prosperity. In view of the globalized new era, two countries vow to advance the great cause of reform and renovation and learn from each other’s experience in party governance and state administration. Xi told his counterpart in Vietnam that China was willing to work with Vietnam to advance an unprecedented level of comprehensive cooperation with Vietnam in all areas.

Home » Beyond The Normal Diplomacy Between China And Vietnam – Analysis