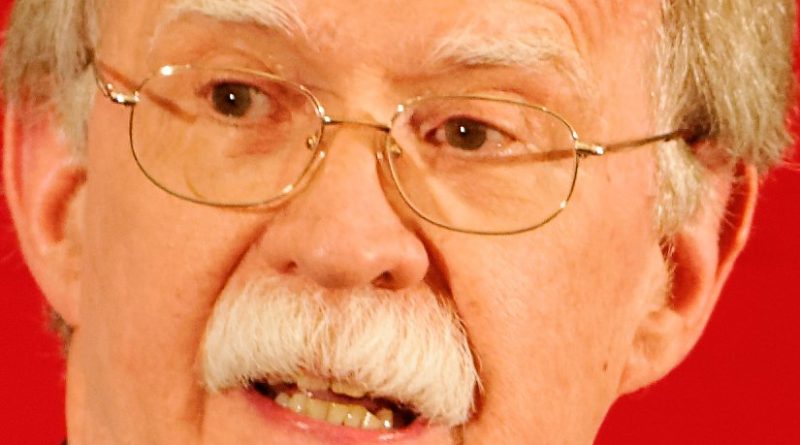 (RFE/RL) — A top White House aide has said that national-security adviser John Bolton pushed President Donald Trump to release nearly $400 million in military aid to Ukraine, but Bolton failed to persuade him to do so before resigning.

The comments by Tim Morrison, a top adviser on the National Security Council, were revealed in a transcript of his October 31 meeting with lawmakers from the three House of Representatives committees overseeing the impeachment proceedings against Trump.

Earlier on November 16, House lawmakers released a transcript of other testimony with an aide to Trump’s vice president, Mike Pence.

The aide, Jennifer Williams, described Trump’s efforts to get Ukraine to open investigations into political rivals as “unusual and inappropriate.”

The transcripts were among several that have been released by House Democrats in recent weeks as they move forward on their investigations into whether Trump committed offenses that would be grounds for impeachment.

Lawmakers have focused on whether Trump abused his office for personal and political gain by prodding Ukraine to investigate his political foes in exchange for releasing the military aid. Trump had frozen the aid, which had been authorized by Congress, in July.

The White House, and Trump’s Republican allies, have dismissed the impeachment process, saying he did nothing improper, and certainly nothing worth of impeachment.

The impeachment effort was sparked by a whistle-blower who revealed that during a July 25 phone call with Ukraine’s president, Volodymyr Zelenskiy, Trump tried to pressure Zelenskiy into opening investigations into Joe Biden.

Biden is a Democrat who is among the leading contenders to challenge Trump in next year’s presidential election.

Republicans have attacked the whistle-blower, who has not been publicly named. The initial letter has been largely corroborated through testimonies from several State and Defense department officials, and White House officials.

In his October 31 meeting with House investigators, Morrison, who was the National Security Council’s senior director for Russia and Europe, was asked about Bolton — his boss– and efforts by Bolton to persuade Trump to release the frozen aid for Ukraine.

Bolton met with Trump in August, weeks before Bolton resigned, according to Morrison.

“The extent of my recollection is that Ambassador Bolton simply said [Trump] wasn’t ready to do it,” Morrison said.

Trump ultimately released the aid to Ukraine after pressure from lawmakers, both Republicans and Democrats.

House investigators have indicated they would like Bolton to testify as part of their investigation. It’s unclear whether he will, however, given that the White House has sought to block many officials’ testimony, citing executive privilege.

Morrison was one of several officials who listened in on the July 25 phone call between Trump and Zelenskiy.

He also testified to lawmakers that he found nothing illegal or improper about it. Still, he said he notified the White House about it, and said he was concerned that a record of the call might leak publicly and embarrass Trump.

Williams was another official who listened in on the call.

In her testimony to lawmakers, which took place on November 7, Williams said Trump’s discussion of a specific investigation with Zelenskiy seemed “unusual” to her because it was “more political in nature.”

She said Trump’s requests seemed linked to Trump’s “personal political agenda” as opposed to “a broader foreign-policy objective of the United States.”