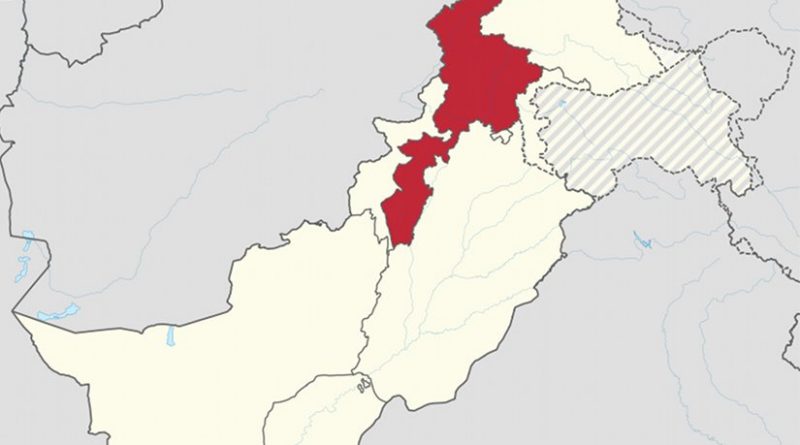 On December 16 Pakistan observed the first anniversary of the cold-blooded killing of its children in the Peshawar school massacre. As many as 132 children were killed in a terrorist attack that was carried out by the TTP (Tehrik-e-Taliban Pakistan) and this dastardly act was seen at the time as the defining moment that would stiffen Pakistan’s wavering resolve to eliminate such forms of domestic terror.

However, as cynical Pakistani observers point out that country has had many ‘defining’ moments but the impact has been short-lived and the status quo of a selective approach to terror groups prevails. Is the Peshawar moment following a similar trajectory? This is a critical question when the global community is still internalizing the more recent Paris terror attack of November and the California, San Bernadino attack – both of which have been linked to the Daesh or Islamic State (IS).

Pakistan’s post Peshawar catharsis has a distinctive relevance for India – more so after the surprise visit to Islamabad by Indian External Affairs Minister Sushma Swaraj last week – and the resumption of what is now being described as a ‘Comprehensive Bilateral Dialogue.’ After the roller-coaster kind of highs and lows in the bilateral relationship, it may be concluded that at the diplomatic plane, the Modi government is at the post Agra phase of the NDA I government led by then PM Atal Bihari Vajpayee. The nettlesome policy question is whether to engage with Pakistan and if so – what are the contours of the framework and how will the support to terror by the Pakistani deep state of which the Inter Services Intelligence ( ISI) is a part be addressed?

It would be fair to aver that from the days of PM P.V. Narasimha Rao, successive Indian governments have been trying to square this circle – with very limited success. Will the Modi government prevail where others have not? The current global anxiety about state support to the ideologies that ultimately lead to terror acts is now manifest in the global response to the Islamic State and the unfolding violence in West Asia.

Pakistan is cognizant of the manner in which it is seen as the cradle of terror and the Red Mosque (Lal Masjid) in Islamabad has become synonymous with this corrosive indoctrination and its impact on impressionable young children – some as young as seven and eight years of age. One may conjecture that strong messages have been conveyed to Pakistan – and it’s Army Chief General Raheel Sharif – by benefactors such as the USA (and perhaps China?) That Rawalpindi will have to ‘desist’ from supporting terror groups and this in turn may have set the stage for the Bangkok meeting between India and Pakistan at the NSA-Foreign Secretary level.

It may be recalled that a similar commitment was made to India in January 2004 in an agreement signed between PM Vajpayee and General Musharraf and this unraveled in the terrorist mayhem that ravaged Mumbai in November 2008. The deep state in Pakistan continued to invest in terror groups and these in turn were seen as part of the ‘strategic depth’ that Rawalpindi (HQ of the Pak GHQ) had acquired in relation to India and Afghanistan. Thus the favored status accorded to groups such as the LeT (Lashkar-e-Taiba) that acted against India, and the Haqqani group and its affiliates in Afghanistan by the Pakistani security and intelligence establishment.

Will the Peshawar experience compel the deep state in Pakistan to carry out a rigorous review and sever all links with ALL terror groups? This would be in keeping with the spirit of what Ms. Swaraj had conveyed to the Indian parliament in a suo moto statement regarding her visit to Islamabad, wherein she indicated that both nations are now committed to “eliminate” all forms of terror.

My own assessment as a security analyst and student of Pakistan is that this is unlikely to happen in a swift and determined manner. The eco-system that nurtures the jihad terror constituency in Pakistan and by extension in Afghanistan is a combination of stakeholders in Rawalpindi (Pak GHQ), Muridke (seat of the Jamat-ud-dawa and the LeT) as also the Red Mosque in Islamabad and its many clones across Pakistan and Afghanistan.

The history of the Red Mosque in 2007 and the manner in which it triggered the end of the Musharraf era in Pakistani politics is instructive and a reminder about the deep support that the ideology of jihad has in the larger demography of Pakistan many of who are impoverished and find their solace in religion. Politicians such as Imran Khan find their support in this base and many of these Pakistani citizens are also part of the military, para-military and local police. Will the Pakistani state be able to quarantine this constituency in an effective manner as part of the post Peshawar resolve?

The Musharraf experience suggests that the rhetoric notwithstanding, even the leadership of the Pakistani military is ambivalent and would prefer pursue the selective approach outlined by Generals Ashfaq Kayani and Raheel Sharif. This translates into a firm military action including the use of drones and US support to destroy the TTP and such groups but allow the more favored terror groups to continue their activities.

If Pakistan is truly serious about cleaning its jihadi stables – a useful starting point would be to revise its school text books and remove the many references that urge and extol the ideology of violence against the ‘infidel’. Furthermore, regulating the curriculum of the thousands of madrassas of which the Red Mosque is representative would be yet another metric to assess the sincerity with which Pakistan is tackling the poison that led to the Peshawar school massacre.

At that time in December 2014 the Indian parliament observed a two-minute silence to extend their support to Peshawar and share the grief of the parents and families who had lost loved ones. The world was agreed that the smallest coffins are the heaviest to carry. Perhaps the Pakistani legislature and the GHQ in Rawalpindi ought to introspect in silence about the earnestness and integrity of purpose that they have brought to bear over the last year in first quarantining and then eliminating the malignancy that led to the massacre.