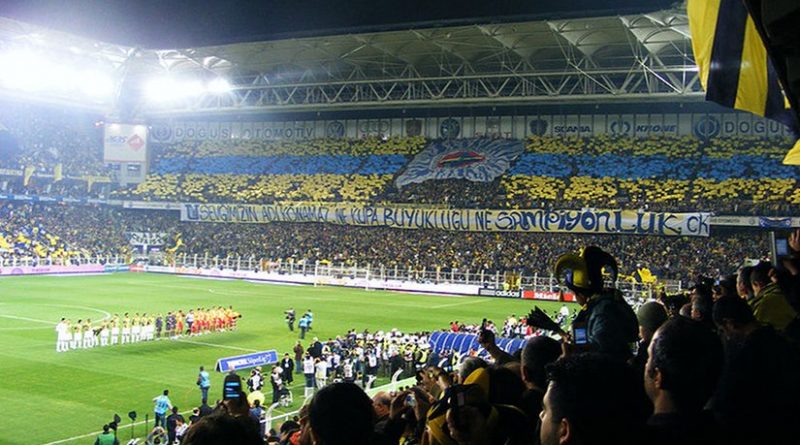 The escalating Turkish-Russian crisis following Turkey’s downing in November of a Russian war plane promises to spill onto European soccer pitches with FC Lokomotiv Moscow set to play Fenerbahce SK, notorious for its fiery fan base, in a Europa League match.

With Russia seeking to punish Turkey with punitive economic and sporting sanctions and Russian President Vladimir Putin refusing this week to meet his Turkish counterpart, Recep Tayyip Erdogan, the expected clash between the two teams as well as between fans is likely to not only raise tempers in both countries.

It will also demonstrate once more the inextricable relationship between sports and politics at a time that world soccer body FIFA unwittingly is putting the incestuous ties between the two high on its agenda by seeking advice on how to embed United Nations guidelines on human rights into its processes, procedures and decision-making.

“The Turks and Russians who will fill the stadiums here and in Russia are not adversaries, and still less enemies. If the match is played in a gentlemanly spirit and helps reduce the tensions between the countries, then something positive will come from a draw that could seem negative,” Mr. Davutoglu told A-Haber TV.

Turkish fans have a tendency to pick their own battles rather than take into account their government’s interests. Fans, who carry their Turkish nationalism on their sleeve, played a key role in mass anti-government protests in 2013.

The Lokomotiv-Fenerbahce clash could prove to be the first of more confrontations on European pitches if both Turkey and Russia progress in qualifiers for Euro 2016. “We already hit them in the air and now on the turf — wait for us, Lokomotiv Moscow,” said Turkish soccer fan Huseyin Uysal on Twitter.

The tensions and the reputation of Turkish fans as Europe’s scariest soccer enthusiasts will not only raise concerns about crowd control but also fears that stadia where the two teams battle it out on the pitch could be targets for jihadist attacks.

Fears of clashes between Turkish and Russian fans persuaded Russian soccer authorities to recently council supporters of FC Zenit Saint Petersburg supporters not to travel to Belgium for the team’s European Champions League match against KAA Gent because of the Belgian town’s large Turkish community.

Islamist fans shocked when in November they twice shouted Allahu Akbar, God is Great, during moments of silence to commemorate the victims of the Islamic State attack in Paris held at the beginning of two matches. One of the Paris targets was a friendly between France and Germany at Paris’ Stade de France that French President Francois Hollande was attending.

Russia, slated to host the 2018 World Cup, had already demonstrated its political control of soccer immediately after the downing in November of the Russian plane with the country’s sports ministry banning clubs from hiring Turkish players and ordering Russian clubs to cancel winter training sessions in Turkey that they had planned.

Russian Sports Minister Vitaly Mutko said that any future World Cup-related contracts would not be awarded to Turkish construction companies but that existing commitments would not be affected. “They won’t be here in the future but at the moment they have contracts and these will not be looked into,” Mr. Mutko said.

The bans as well as some refusals to play Turkish sports clubs may however already be backfiring and handing Turkey at least some small victories in what promises to be extended chilly relations with Russia.

Turkey is counting that its sporting points will translate into political victories as Russia becomes ever more bogged down in the Syrian quagmire rather than emerging as Mr. Putin had hoped as the saviour who defeated extremist political violence. Like the more than one-year old US air campaign against the Islamic State, Russian military hardware has hardly dented Islamist opposition to the regime of Syrian President Bashar al-Assad despite Moscow’s ability to coordinate with Syrian ground forces.

Mr. Mutko, a former chairman of the St. Petersburg team who doubles as head of the Russian Football Union (RFU) and a member of FIFA’s executive committee, admitted this week that Russia had made a mistake by stopping volleyball clubs from travelling to Turkey for European championship matches. Two Russian teams were handed technical defeats as punishment for not playing the Turkish games despite their insistence that security concerns had prevented them from going to Turkey.

In rare Russian praise for Turkey since the downing of the jet, Mr. Mutko appeared to be making an about face by stating that “The Turkish side is capable of providing security and there were never any problems in this regard. If they were unable to host tournaments of such level, the international organizations would have never given them the rights to do it,” Mr. Mutko said.

FIFA has suggested that Russian soccer could be violating the world body’s rules and regulations if it decisions proved to be politically influenced. “FIFA will monitor the situation and any potential issues on a case-by-case basis, should there be any appearance of a breach of FIFA statutes or regulations,” a FIFA spokesperson said.

Mr. Mutko’s dual position as a member of Mr. Putin’s Cabinet and head of the RFU makes a mockery of FIFA’s assertion that sports and politics are separate. They also make a mockery of FIFA’s alleged policing to ensure that the two don’t mix and underline the need to acknowledge rather than deny a relationship that is unbreakable.

Turkey’s Russian soccer and sports travails were not earning it a great deal of empathy in far flung places like Argentina. Argentinian soccer club Racing Club de Avellaneda refused a Turkish Airlines offer for sponsorship while another team, CA San Lorenzo de Almagro, turned down a similar offer from Azerbaijan, a Turkic republic with close ties to Turkey. The two clubs cited repression of dissent and freedom of expression in both Turkey and Azerbaijan as reasons for their rejection of the offers.