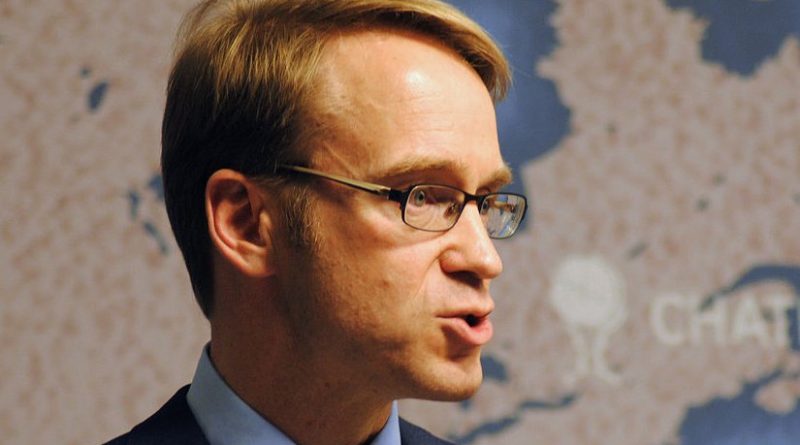 (EurActiv) — The European Central Bank must stick to its price stability mandate and not be swayed by politics, Germany’s top central banker said Friday (16 December), warning against extending loose monetary policy for too long.

“The impression must not be allowed to arise that central banks will step into the breach for politicians or that monetary policy is directed by electoral results,” Bundesbank head Jens Weidmann said in a Frankfurt speech.

Weidmann is a long-standing critic of the ECB’s quantitative easing programme, under which it buys tens of billions of euros of government and corporate bonds each month to pump cash into the economy.

ECB President Mario Draghi last week announced that bond-buying would be extended to the end of 2017 from its previous cut-off date at the end of March.

Opponents of the scheme say that it has allowed governments to shirk vital structural reforms in the years since the 2007 financial crisis.

With the ECB driving down the cost of borrowing, critics say, countries with rickety finances have been spared the discipline of the bond markets.

For now, fear among ECB policymakers that removing monetary support would endanger the economic recovery outweighs the voices calling for tighter policy.

Draghi pointed to the fact that “uncertainty prevails everywhere” in the 8 December press conference when he announced the latest QE extension.

2016 saw Britons vote to quit the European Union and protectionist rhetoric help to bestow a surprise victory in US presidential elections on Donald Trump, both prompting fears of future headwinds for the eurozone.

But Weidmann said Friday that “we can’t overburden monetary policy” with responding alone to such crises — and to the crisis of productivity growth afflicting the European economy.

“Politicians have the keys to more growth in their hands, not the central bank,” he said.