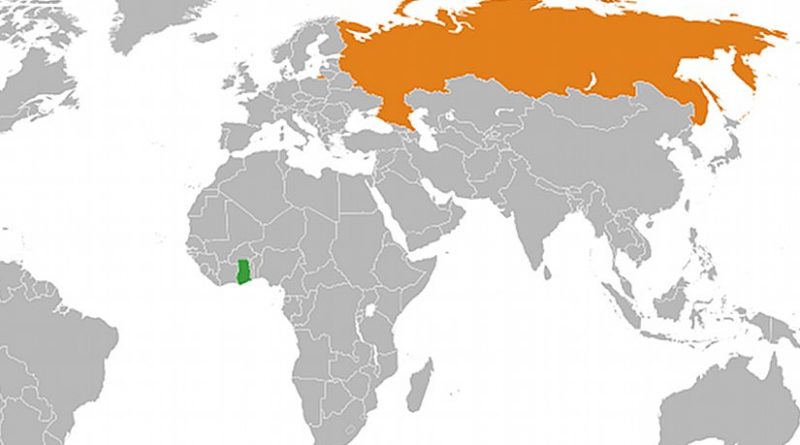 Russia’s Ministry of Foreign Affairs has praised Ghanaian authorities for efforts at conducting successful presidential and parliamentary elections, and the electorate for showing peace and maturity at the polls held on 7 December 2016.

In an official statement posted to the website, the ministry noted that “observers from the African Union and the Economic Community of West African States have recognized the election results as credible, as no serious violations that could have affected the expression of the people’s will were reported.”

And it concluded that “Moscow considers the national election in Ghana an important step by Ghana’s society on the path toward stable social and political development.”

The Electoral Commission has since declared Nana Akufo-Addo as elected president whose New Patriotic Party (NPP) earned about 54 percent of votes while the National Democratic Congress (NDC) got 44 percent. The New Patriotic Party (NPP) is a liberal democratic party and is one of the dominant parties in the national politics of the Republic of Ghana.

In the 7 December 2008 presidential elections, Nana Akufo-Addo received more votes than John Atta-Mills amassing 4,159,439 votes representing 49.13% of the total votes cast, placing him first, but not enough for the 50% needed for an outright victory.

It was the best-ever performance for a first-time presidential candidate since the beginning of Ghana’s 4th republic in 1992. In the run-off elections however, Mills ultimately received 4,521,032 votes, representing 50.23%, thus beating Nana Akufo-Addo.

Russian authorities have known the NPP for about a decade and have interacted with the leading party officials previously. John Kufuor, a leading NPP member and then President of the Republic of Ghana met with President Vladimir Putin at the 33rd Group of Eight (G8) summit held 6-8 June, 2007 at Kempinski Grand Hotel in Moscow.

That was followed by an official working visit by the then Minister for Foreign Affairs of the Republic of Ghana, Nana Akufo-Addo, on 12 July 2007 on the invitation by Russian Foreign Affairs Minister Sergey Lavrov.

During the diplomatic discussion both ministers reached an understanding to raise trade and economic cooperation between the two countries. They further agreed on developing direct business contacts between Russia and Ghana.

Towards realizing this goal, Nana Akufo-Addo and Lavrov agreed to facilitate holding direct contacts between the Chambers of Commerce and Industry of both countries. Nana Akufo-Addo said that the Ghanaian side was preparing proposals concerning new projects which may become the object of joint development by companies in Ghana.

Russia is ready, using the existing potentials, to boost ties in various economic spheres with Ghana. And also some senior officials from the United Russia party, Federation Council (Senate) and State Duma (Lower Chamber of Parliamentarians) told me in separate interviews that they were ready to establish political and inter-parliamentary relations with the new government and the New Patriotic Party (NPP).

This is a chance to explore opportunities and ways to strengthen the party and consolidate the economic gains. In his campaign speech, Nana Akufo-Addo reiterated a plan to build industrial infrastructure under the plan “one district one factory” throughout the country. It has attracted a keen interest in the Eurasian region.

It can be assumed that Nana Akufo-Addo, with broad experience as former Foreign Affairs Minister and a staunch top politician of the NPP, will build a pragmatic relationship with Russian government, public institutions and the business organizations that could help transform the economy of Ghana.

Russia and Ghana have accumulated a valuable experience of mutual respect and trust for nearly 60 years of cooperation in their diplomatic relations. The relations have been described as very friendly and close.