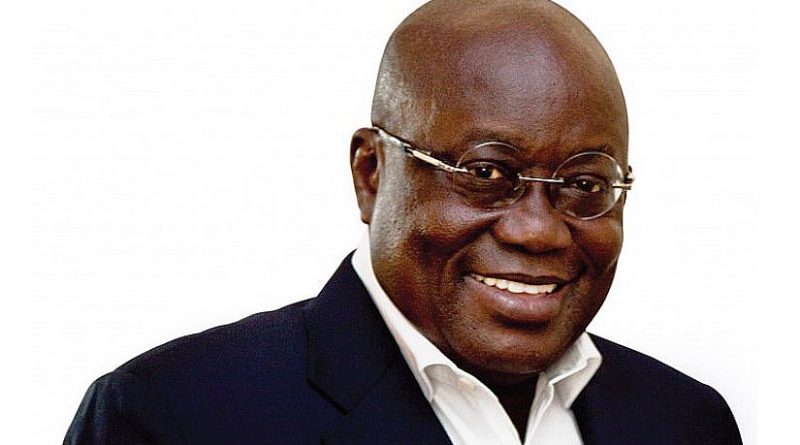 In a surprise upset for incumbent President John Dramani Mahama, Ghanaian voters turned out strongly for opposition candidate Nana Akufo-Addo, whose campaign for the presidency gave hope to thousands of jobless.

While Akufo-Addo bagged 54% of the vote, Mahama took 44% on December 7. It was the first time in Ghana that an opposition candidate defeated an incumbent President at the ballot box – a reason strong enough for outgoing United Nations Secretary-General Ban Ki-moon to congratulate Akufo-Addo on his election as President of Ghana.

Ban thanked outgoing President John Dramani Mahama for his role in defusing tensions and preserving peace during the election period. According to a statement issued by his office on December 9, Ban reiterated UN’s commitment to continue assisting the Government of Ghana in consolidating democratic and development achievements.

Ban also congratulated the people of the African nation, who turned out in large numbers to participate in the presidential and parliamentary elections on December 7, and commended the country’s Electoral Commission for successfully organizing the elections.

“There must be jobs in our country,” opposition candidate Akufo-Addo declared. “That means big investments in viable industries and boosting our agriculture productivity,” adding that he was also committed to delivering on a pledge, made five years ago, to ensure that all Ghanaians would have access to free secondary education.

“The lack of jobs, which is the case under (the Mahama) government, poses a threat to the future stability of our country,” he warned against the backdrop that Ghana’s underemployment rate is 33% with 69% of the working population in low wage, insecure and informal jobs, according to the online news site Ghanaweb.

According to the World Bank, some 48 percent of the youth between 15-24 years have no jobs. In a press interview, Akufo-Addo stressed that jobs for this sector would get top priority as rising youth unemployment was a “betrayal of future generations and would create problems down the road”.

Unemployment is also higher among women, according to the Bank. Agriculture, the backbone of Ghana’s economy, recorded the lowest average growth rate at 3.9 per cent annually over a period of two decades from 1993 to 2013.

The crisis in employment has been called “an unemployment time bomb” which has forced hundreds of high school graduates to leave the country for better work opportunities.

In a move to build back industry, Akufo-Addo pledged to build one factory in each of Ghana’s 216 districts. He vowed to build a dam in every village to support agriculture.

Along with jobs, the president-elect promised to attack corruption with the appointment of an independent prosecutor. Transparency International has ranked Ghana as second most corrupt African country, after South Africa.

President-elect Akufo-Addo, who will be sworn in on January 7 after a short transition period, comes from a prominent Ghanaian royal and political family. His maternal grandfather was Nana Sir Ofori Atta, King of Akyem Abuakwa, one of the largest and wealthiest kingdoms of the then Gold Coast Colony.

His father was a Chief Justice, President of Ghana (1970-1972) and member of the “Big Six” who, along with Kwame Nkrumah, spearheaded the transition from colony to independence.

Seventy-two year old Akufo-Addo’s own political career spans more than four decades. Active in political movements in his early 30s, he criticized the military government of the time that overthrew Nkrumah and his government when Nkrumah was abroad with Zhou Enlai in the People’s Republic of China, on a fruitless mission to Hanoi in Vietnam to help end the Vietnam War.

The coup took place on February 24, 1966. A series of alternating military and civilian governments from 1966 to 1981 ended with the ascension to power of Flight Lieutenant Jerry John Rawlings of the Provisional National Defense Council (PNDC) in 1981. These changes resulted in the suspension of the Constitution of Ghana in 1981, and the banning of political parties in Ghana.

Winning the 2000 Ghanaian elections, John Agyekum Kufuor of the New Patriotic Party (NPP) was sworn into office as president of Ghana on January 7, 2001, and attained the presidency again in the 2004 Ghanaian elections, thus also serving two term of office term limit as president of Ghana and thus marking the first time under the fourth republic of Ghana that power had been transferred from one legitimately elected head of state and head of government to another.

Following the Ghanaian presidential election, 2012 John Dramani Mahama became supreme commander-in-chief, and he was inaugurated as the 4th President of the Fourth Republic of Ghana and 12th President of Ghana on January 7, 2013 to serve a one term of office of four-year term length as supreme commander-in-chief and president of Ghana until January 7, 2017, and securing Ghana’s status as a stable democracy.

Note: This article has availed of Wikipedia to sum up the history of Ghana’s return to democracy and political stability.