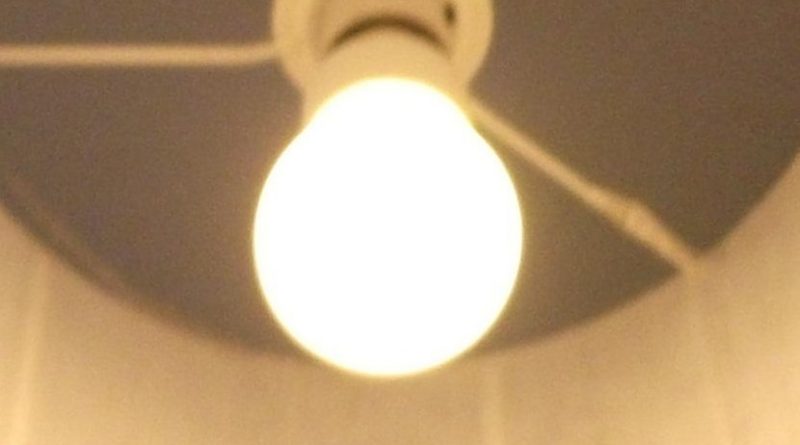 It’s all about organized lighting. Lights, sparks and brightness are symbol of life. It enables us to see the world with more clear vision. When rest of the world is aspiring to reach beyond the limits of the sky, countries like Pakistan are still facing power shortages.

In Pakistan, Summers are welcomed with a gift of 8000MW, winters embrace a cool and smoggy shortfall of 7000MW. According to an estimate, 1.3 billion people in the world are spending their lives without enjoying the benefits of electricity. Pakistan ranks at the fourth position among the list of countries that are facing energy deficit according to a United Nations Report, 2013. So, Pakistan is confronted with the problem of how to meet this energy crisis in best possible way.

The world’s consumption of energy has been increasing day by day. It’s not only the developing countries that are facing energy shortfall, but even the developed countries are also trying for the means to enhance their total energy capacity. The economic feasibility of power production has two major modes of costs, i.e. fuel costs and capital cost. Advanced economies like the US, Japan, and China are relying on nuclear power plants, which are cost competitive, reliable and are capable to generate more energy.

Beside, 449 nuclear power plants already operating in 30 countries, there are 60 others that are under construction in 15 different countries around the globe. Being one of the largest consumers of energy China plans to increase its nuclear power capacity up to 70% by 2020.Likewise, Japan and the US incorporate about 30% and 20% of their total electric output through nuclear energy respectively.

Considering the prevailing energy consumption of Pakistan, thermal and hydro powers are the major source of electricity generation. The total installed capacity of thermal power plants is 16599 MW I.e. 61%, while that of Hydro power plant is 7115 MW i.e. 34% of the total electric output. Although, Pakistan is a nuclear power but unfortunately it contributes a very small portion of nuclear energy in total output. There has been a significant improvement in average shortfall of electricity from 7938 MW to 2888 MW with an increase in output i.e. 11804 MW to 18658 MW since 2013 to 2017 respectively. However, still it is now essential to take a better decision for selection of energy resources and nuclear is the best option.

Recently, in September 2017, CHASHMA IV started operating with a total capacity of 340MW. KANUUP is a Canadian Pressurized Heavy Water Reactor under international safeguards with a net design capacity of 125 MWe. CHASHMA I, II, and III are Canadian Pressurized Water Reactor (CNP) with design Capacity of 300, 300, 315 MWe respectively. Pakistan is on its way to construct two more nuclear power plants; KANUPP II and KANUUP III with Chinese assistance under international safeguards.

The two plants are scheduled to be operational by 2020 and 2021 with total design capacity of 1100 MWe each. In the past couple of days China National Nuclear Corporation (CNNC) announced that it will build a one-million-kilowatt-class nuclear power unit with HPR1000 technology at the Chashma Nuclear Power Plant in Pakistan. This will be the seventh nuclear power unit that China has exported to Pakistan and the third HPR1000.

The reason why Pakistan should do more for nuclear power plants is because they are cheaper and reliable than the coal-fired plants. The total fuel cost of a nuclear power plant is typically one third of a cold fire plant, 1 kg of uranium is equal to 3tons of coal and can produce up to 36000 KWh electricity. Furthermore, uUranium pallet of one inch has the capacity to produce higher amount of energy than one ton of coal because of its higher density. Nuclear energy generates electric balance through diverse sources of electricity. Moreover, it also provides a wide array of jobs for engineers, mechanics and scientist and boosts economic growth with high pay packages. In addition to all that, nuclear energy reduces the effects of greenhouse emissions due its environmental friendly characteristics.

Pakistan is running its nuclear power plants in a safer mode under proper safety measures following the international standards. However, according to international bodies – non-proliferation regime, Non Proliferation Treaty (NPT) and Nuclear Suppliers Group (NSG) – Pakistan is not eligible for the nuclear trade with countries around the globe unless or until it signs the NPT. But Pakistan’s crippling energy sector demands a nuclear energy to envisage a target of 8,800 MW of electricity by 2030.Countries which are not member of NPT should be allowed to do civil nuclear cooperation, because it is the right of every state to pursue peaceful civil nuclear program for fulfilling its energy needs.

Countries which are permanent members of the NPT and NSG should promote peaceful nuclear energy access to the developing countries. As this will improve their energy requirements and will help them eliminate poverty and human sufferings. Moreover, nuclear energy also has the potential to improve financial conditions of developing countries by making international markets accessible.

It’s important to adopt the non-conventional indicators of power rather than merely relying on conventional means. Nukes should be meant to deter not to actually bring in the battle field. Once a country has acquired a nuclear technology it should further enhance it for peaceful purposes as well. Utilizing the nuclear technology for peaceful purposes would stabilize the international political economy. So, economic interdependencies would make war avoidable.