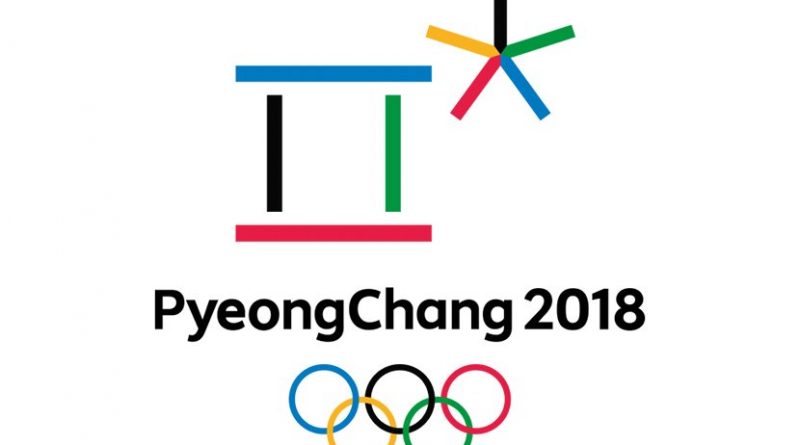 The security of the upcoming Winter Olympic Games in South Korean Pyeongchang scheduled for 9–25 February 2018 raises controversy among politicians, experts and representatives of the world sports community.

The escalating situation on the peninsula can lead to a boycott of the Olympics by national teams of several countries. Earlier French Sports Minister Laura Flessel and Austrian Olympic Committee chief Karl Stoss were quoted as saying their teams would not go to Korea unless the authorities could guarantee them security.

However, despite the rather difficult situation, the International Olympic Committee (IOC) does not consider the possibility of changing the venue of the competition.

“In the IOC and in the executive committee, no plan B has been discussed so far. In personal conversations, it is certainly a topic and I have read that Sochi or Munich come into play, but I think it would be wrong now to arrange a plan B. I am convinced that Pyeongchang will be the safest place during the Games. What I fear is that some nations may boycott the Games, because they have concerns for their athletes,” International Ski Federation (FIS) chief Gian Franco Kasper said in an interview.

Analyzing the atmosphere on the Korean peninsula, Jonathan Berkshire Miller, International Affairs Fellow with the Council on Foreign Relations, based in Tokyo, drew attention to the incremental uptick of tensions.

“There has been an incremental uptick of tensions on the Korean peninsula, highlighted by a series of ballistic missile and nuclear tests. Subsequently, there has also been a rise in contentious rhetoric between Pyongyang and Washington as the crisis deepens. As far as it concerns South Korea’s hosting of the Olympic games, I don’t see the tensions having a fundamental impact on the physical security of the Games,” the expert told PenzaNews.

Although a lot of this depends on the trajectory of the provocations over the coming months, he said.

“It would be highly unlikely for countries to boycott the games unless the security situation on the Korean peninsula reaches a critical point and the threat of conflict appears imminent,” Jonathan Berkshire Miller explained.

In turn, Professor Clive Williams from the Australian National University stressed that the security situation on the peninsula will depend largely on the actions of the US.

“Pyongyang’s main concern is developing a nuclear deterrent to deter the US from attacking North Korea and displacing the Kim dynasty. North Korea is not likely to attack South Korea unless it is attacked first by the US,” the analyst explained.

In his opinion, athletes will have no reason to skip the competition over security grounds “unless President Trump creates a security problem on the Korean peninsula through intemperate behavior.”

“There should be no need for an alternative venue provided the security situation on the Korean peninsula is handled sensibly by the international community,” Clive Williams added.

According to Patrick Sensburg, German MP from the CDU/CSU fraction, we have been following a constantly intensifying verbal escalation regarding the North Korea conflict in the last few weeks.

“The host country of the Winter Olympic Games South Korea is affected by this conflict in particular due to its’ close geographic distance to North Korea. The games are taking place in February 2018 and until then there is still some time left. We now need to watch closely how North Korea continues to act. In case we observe an increase in escalation of military threats, countries could not regard it as responsible to proceed with the Games as planned. The athletes’ safety and wellbeing has the highest priority,” the politician said.

However, it is not the right moment yet to reach a definitive conclusion about a boycott of the Games, he believes.

“In my opinion, the original idea of the Olympic Games as an event of international understanding among nations as well as peaceful cultural gathering of young people practicing without discrimination of any kind in the spirit of solidarity should be stronger than any political conflict,” Patrick Sensburg explained.

From his point of view, the possible change of the venue of the Olympics depends on how the conflict further develops during the next couple of weeks.

“All countries engaged in the region should calm down the situation, that the games can take place without endangering the athletes. […] A sign to support peaceful games would be the right signal from Pyongyang,” the German deputy said.

In turn, Xu Jin, Research Fellow at Institute of World Economics and Politics of Chinese Academy of Social Sciences, reminded that the security situation on the peninsula has periodically deteriorated earlier as well.

“I don’t think the conflict can disrupt the Olympics because the Olympics is an apolitical issue and any country who tries to disrupt the game will should huge pressure from the international society,” the analyst stressed.

“I don’t think North Korea will get anything if he disrupts the game because the conflict between him and South Korea is political and military. What can you get political or military gains if you disrupt a sport game?” the expert wondered.

At the same time, he did not exclude the possibility that some teams can pull out over unstable situation around the DPRK.

Meanwhile, Grant Newsham, Senior Research Fellow at the Japan Forum for Strategic Studies in Tokyo, with experience as a US Diplomat and US Marine Officer, said that aggravated situation on the peninsula implies “a real possibility of conflict breaking out.”

“This is partly owing to North Korea miscalculating and thinking the Americans will not respond to anything – since the Americans never have. Meanwhile, on the US side, the Trump Administration and some people outside the Administration, too, believe the North Korean problem has been ‘pushed down the road’ as far as possible. And now that the North Koreans have, or soon will have, nuclear tipped missiles capable of reaching the United States – the matter must be ‘resolved.’ No American President can allow the United States to be blackmailed in the way Mr. Kim intends to do,” former US Diplomat said.

According to him, different countries view tensions on the Peninsula differently.

“Some will see the situation as too risky. A lot depends on what happens over the next couple months. If conflict breaks out the games won’t go on. If it’s just more and more ‘tension’ – that will lead a few national teams to drop out, though I suspect most will attend. The Winter Olympics are comparatively small, however, so even a few of the major teams dropping out will have a bigger effect than it would at the Summer Games,” Grant Newsham said.

Commenting on the IOC statement that there is no plan B for the upcoming Games, the analyst stressed that there are reasons for that.

“Hosting the Olympic Games is such a complicated and expensive affair that it’s not surprising there’s no real back-up plan,” he said.

Meanwhile, Eric Zillmer, neuropsychologist and director of athletics at Drexel University in Philadelphia, expressed the opinion that the Olympics have always been a sporting but also a political event.

“Sports are a catalyst for social change and political reflection. In fact, the security for the Olympics in recent years has been a particular concern and since Munich 1972 there have been significant security infrastructure associated with the Olympic Games,” the expert said.

The Korean Winter Olympics are politically magnified because of the serious tension between North and South Korea, he believes.

“But Korea has a long history of dealing with security threats and will be able to rise to meet the challenge. They certainly have done a great job with the summer Olympics and the World Cup in the past. But the current state of international politics and terrorism is such that security concerns will always remain a primary talking point surround these Olympics until the Olympic flame is being extinguished. Of course this is a paradox, because the primary purpose of the Olympics was a symbolic celebration of peace,” Eric Zillmer added.

In his opinion, the threat of boycott is always a concern and often used for political gain.

“I would find it hard to believe that Austria, who won zero medals in Rio, would stay away since their alpine sports teams are one of the best in the world. There would have to be a significant escalation of international tension for this to occur, which would have to put the entire Olympic movement on hold. The potential for boycott whether it is due to an illness outbreak, political tension, or security concern, is now a staple of any international event. Interestingly, the ancient Olympics went on continuously for about 800 years. The modern Olympics have seen boycotts and in some cases had to be cancelled all together,” the analyst reminded.

At the same time, in his opinion, it is already impossible to change the venue for the Olympics.

“Munich, together with Berchtesgaden and Garmisch-Partenkirchen, was one of the competitors for the 2018 bid. But it would be impossible from a logistical perspective to move the Olympics at this late of a date,” Eric Zillmer stated.