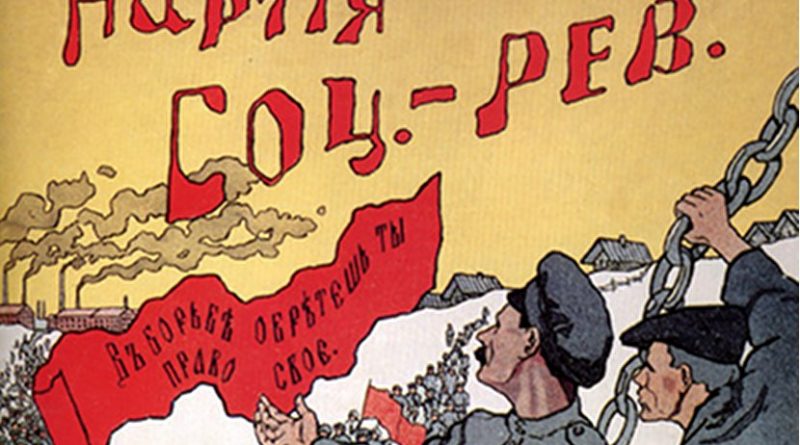 News of the revolution in the tsarist empire came slowly to British India. Most of the newspapers relied upon wire services, which were controlled by the imperial state. Reuters was the main agency. K.C. Roy, a loyal Reuters man, nonetheless said of his service: “There is no gainsaying the fact that the news we receive is of a pro-British character.” No story that laid out the viewpoint of the Russian workers and peasants, let alone the Bolsheviks—led by Lenin, who provided leadership for the revolution of October 1917—would come to India through Reuters. Little wonder then that in December 1917 The Bombay Chronicle would note in an editorial: “Our ideas about the Bolsheviks are very vague.”

Slowly, the nationalist press would get some reports of events in Russia and Central Asia. But this news came in fits and starts. But what was already clear to the nationalist press was that these revolutions—of February and October—were positive. “We recognise the fact,” noted The Bombay Chronicle, “that they could never have met with the present success had there not been something in their programme that was attractive and of promise to serve the people. The Bolsheviks came with a definite scheme which took into consideration the necessities of the peasants and promised immediate confiscation of lands for the people.” This much they grasped. It was as if the editors of this paper were sending a message to the Indian National Congress to provide a similar programme for India’s struggling peasants.

The peasantry were not cut off from events in Russia. They got word from elsewhere. In 1918, Secretary of State for India Edwin Montagu and Viceroy of India Lord Chelmsford sent out a commission to take the pulse of the Indian people. Agitation was in the nerves of the Indian peasantry. “The people in the village,” the commission noted, “heard of the events in far-off Russia from the soldiers returning from various fronts in Europe and the Middle East after the end of the war. This was true of many villages in northern India, particularly in the Punjab, where the bulk of the Indian Army was recruited, which took part in the war and also in the military operations in Turkestan and Transcaspia and in Central Asia.” The returning soldiers were the media for the peasants. They knew what it meant for the revolutionaries to promise “Land, Bread and Peace”—words of great meaning to those who had no land, who lived on the edge of starvation and who—perforce—had to send sons to the imperial army to fight in wars that they did not fully understand.

Lala Lajpat Rai, who would preside over the first session of the All India Trade Union Congress in 1920, sensed that the Bolshevik-led revolution of October 1917 spoke clearly to people such as himself, fighting against British imperialism in India. “My own experience of Europe and America,” he said, “leads me to think that socialistic, even Bolshevik truth, is any day better, more reliable, and more human than capitalist and imperialist truth.”

Where would the Indian people get news of what had happened in the tsarist empire and to hear of this new Union of Soviet Socialist Republics? It was left to small bands of socialists to provide information that they heard from their networks about events in the northern half of Asia. Muzaffar Ahmad and Nazrul Islam’s Navayug was one such source of information. Ahmad would do his best to find books about Marxism and to amplify its message to his readers. “I had not read any Marxist literature previously,” confessed Ahmad. Ghulam Hassan (in Lahore), M. Singaravelu (in Madras), Shaukat Usmani (in Kanpur) and Sripad Dange (in Bombay) began to receive occasional texts from Moscow through the intercession of M.N. Roy—the Bengali nationalist who had gone to North America, learnt about Marxism and who went to Moscow as the delegate of the newly founded Mexican Communist Party. Roy’s initiative enabled these early communists to get hold of Soviet documents and Marxist texts—but only if they broke through the iron grip of the censors. Various small socialist newspapers and periodicals began to appear across India. (It was not until 1938 that the communists were able to produce a national newspaper—National Front, edited by P. C. Joshi.) These were small papers with modest circulation. But they reached the organisers who went amongst the working class and peasantry to amplify these ideas. The police spent an immense amount of time trying to shut down their circulation of ideas.

Sympathetic people—such as R.B. Lotvala—bought Marxist books, set up small libraries and published small journals. Lotvala’s publishing house, Liberty Publications, would be one of the first to circulate Marxist books in India. In 1922, Lotvala brought out The Communist Manifesto, Karl Marx’s Wage, Labour and Capital, Paul Lafargue’s The Religion of Capital and R. Palme Dutt’s Communism. These books, as well as Dange’s Gandhi vs. Lenin, were an introduction for many people to the ideas behind the October Revolution. The existence of these pamphlets and books scared the British authorities. They worried about the spread of Bolshevism.

Under every branch the British would either spot a Soviet agent or an Indian Bolshevik. Mahomed Mian Chotani and Rafi Ahmed Kidwai, both activists in the pan-Islamic Khilafat movement, were seen as dangerous radicals who “keep in communication with Bolshevik Russia”. Chotani and Kidwai, a British agent noted, “discuss unremittingly the Indian situation and their news and plans and schemes are transmitted to Russia. Gandhi is furnished with material for his speeches and with advice for his line of action.” Whether this was true or not—and it is likely not true—it shows how scared the British were of the Bolsheviks. This is why they rounded up the communists in the Meerut Conspiracy Case (March 1929). Among the exhibits against the communists were many of Lotvala’s books, most prominently Palme Dutt’s Communism. In 1930, Scotland Yard heard a rumour that “Communists are endeavouring to get Rajani Palme Dutt to Ceylon, where he would become a Buddhist monk, and from where, after learning certain dialects, he would proceed to India”. Needless to say, this was fantasy.

But in prison, the communists did get hold of The Communist Manifesto, and many of them used their jail time to translate it into various Indian languages. G.M. Adhikari would translate it into Marathi and Ayodhya Prasad into Hindi. The Meerut Case allowed the communists to openly declare their views. By 1929, many leading nationalists had already been to the Soviet Union and returned to broadcast their favourable views of what they had seen. Jawaharlal Nehru’s “Soviet Russia” (1927) and Rabindranath Tagore’s 1930 Letters from Russia became widely read and commented upon. “What I have aspired to for long,” Tagore wrote, “Russia has realised in practice.”

The Soviets understood that the battle of ideas was fundamental to their existence. They opened a series of publishing ventures, notably Progress Publishers, to export good quality, but reasonably priced, Marxist books around the world. The postcolonial states welcomed these books, many of which came in the languages of their own countries. So it was through the Soviet Union that cheap, quality copies of The Communist Manifestowould come to India, translated in a range of languages from Bengali to Tamil. Between children’s books, Russian classics and Marxist books, Progress became an indelible part of the Indian literary landscape.

From Progress came small pamphlets on the Russian Revolution, including an edition of John Reed’s scintillating Ten Days That Shook the World and Cecilia Bobrovskaya’s memoirs. For political reasons, Progress did not publish Leon Trotsky’s definitive, but vast, History of the Russian Revolution (1930), which the exiled Bolshevik had written in Istanbul (Turkey). These book, except Trotsky’s account, have been long out of print. Progress went out of business with the fall of the Soviet Union, and capitalist publishing houses have been largely uninterested in the texture of the revolution and Marxist classics.

LeftWord Books decided it would publish the work of John Reed (with an introduction by Reed’s doppelganger, P. Sainath) and the memoir of Cecilia Bobrovskaya. These are works that provide a vivid understanding of the period before the revolution (Cecilia Bobrovskaya) and that of the revolution itself (Reed). Lenin’s writings from 1917 and Alexandra Kollontai’s main writings and speeches fill in the list. The late Sukomal Sen, a former director of LeftWord, published a two-volume study of the Soviet Union with Aakar Books. This panoramic study goes from 1917 to 1991—the entire history of the Soviet Union in two books.