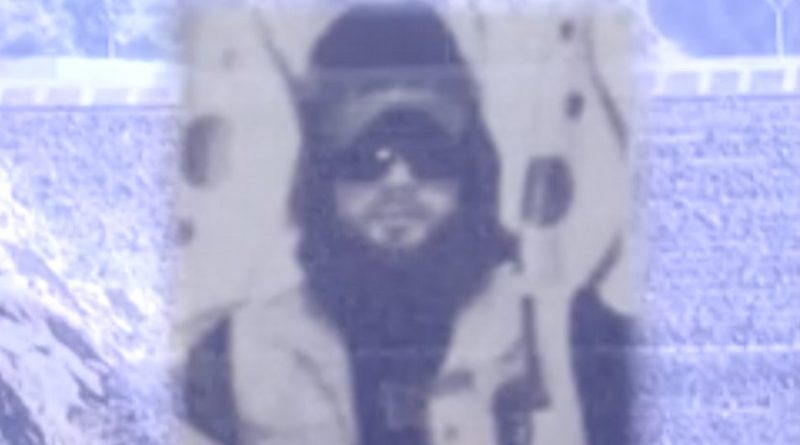 Any time a stranger comes to visit, 54-year-old Gulbazor Nazarova hopes they have arrived with fresh news about her son.

The last time Todjiddin Nazarov was seen around Nurek, a mid-sized town abutting a hydroelectric dam in southern Tajikistan, was in 2014. Since then, he has become something a minor superstar in the Islamic State and adopted an Arabic nom de guerre, Abu Osama Noraki. His current whereabouts are unknown.

Her pale cheeks moist with tears, Nazarova explained how she has grown weak and ill since her son has been gone. Struggling to speak, she summoned her 62-year-old husband, Mahmadrahim Nazarov, who described a bright, slight and awkward child.

As Nazarov recalled, Noraki was teased mercilessly when he was at school because of his small, weak stature and his missing teeth.

“They gave him the nickname ‘Tiara,’ and he really hated that. So from the ninth grade, he stopped going to normal school and he did evening classes instead. We wanted Todjiddin to get his qualifications, but after some time, the evening school was shut down,” Nazarov said at the family home in Uzbeklangar, a village around 20 minutes’ drive from Nurek.

The last that was heard from Noraki was on August 6.

A few days earlier, a gang of men had used a car to mow down a group of foreign cyclists on a road not far from Nurek, killing four of them in the process. In the days after the killing, a self-filmed video of the suspected perpetrators appeared online. In the footage, which was made prior to the attack, the men declared their fealty to the Islamic State.

In an audio message distributed through the Zello mobile app, Noraki crowed about what he described as a successful mission. More blood would be shed in Tajikistan and the end of President Emomali Rahmon’s rule was looming, he predicted.

“The killing of the foreign visitors in Tajikistan opened the doors of jihad in this country. This is a time in which young people will be awakened from their state of ignorance, their fear will be transformed into bravery,” he said.

Noraki came to public notice in April 2017, following an incident in Stockholm in which a national of Uzbekistan, Rakhmat Akilov, used a truck to plow into a crowd of people in the city center. Five were killed. Under questioning, Akilov, who was captured alive, confessed to having received instructions from Noraki. Akilov described Noraki as “an influential member of Islamic State.”

Again Zello appears to have been the app of choice. Akilov said he used the app to send a photo of the attack he had just carried out to a contact going by the name Togut Shikan. In Tajik, the term means “to break the idol.”

He is viewed as a potentially dangerous militant for his ability to draw Tajiks to the Islamic State cause through his Zello account, which reportedly has up to 15,000 subscribers. Authorities in Dushanbe believe he may have recruited dozens of Tajiks. Two of the people involved in the July attack on the cyclists were from Nurek, the town on which Noraki based his new name.

His father, Mahmadrahim Nazarov, said that he was determined that Noraki, the youngest of three sons, would break the family pattern and get a good education.

“I didn’t do any further studies, so I did all I could to make sure my sons got it,” he said.

But when Noraki was small, all he dreamed about was following in his father’s footsteps and getting a job at the nearby hydropower plant.

“I used to tell him about the hydropower plant all the time. He loved those stories. He said that he would become the best technician there one day,” Nazarov said.

Tensions surfaced in the family when in 2009 Noraki joined the Islamic Renaissance Party of Tajikistan, or IRPT. The party practiced mildly oppositional politics and eschewed confrontation with the authorities, much to the frustration of hotheaded members. For all that moderation, Rahmon’s deeply authoritarian government banned the party in 2015 and had the courts designate it a terrorist group. This characterization is roundly ignored by Western governments, which recognized the move as another act of political repression.

Even though the IRPT had not fully fallen out favor in 2009, Mahmadrahim Nazarov became upset when he saw party documents in his home.

“I told my son: ‘Why are you playing around with [political] parties? Do you not know what happened in 1992? How many people we lost?’ I told him to leave the party,” he said, referring to a civil war of the 1990s in which the IRPT served as the political wing of the losing side.

Noraki tore up his IRPT membership card in front of his father.

Abdushukur Mannonov, an IRPT activist also from Nurek, now lives in political asylum in Lithuania. He remembers Noraki, whom he said was in charge of the youth wing of the party in Nurek.

“I wouldn’t exactly say that Todjiddin was a level-headed guy. [But] I was very surprised when I learned that he had gone to fight in Syria,” Mannonov told Eurasianet.

Mannonov’s account indicates Noraki did not only come under pressure from his father. He says officers with the National Security Committee, the successor agency to the KGB, approached Noraki repeatedly and urged him to leave the IRPT. In apparent compliance, Noraki stopped working with the IRPT in 2012 and then formally resigned the next year.

It was in 2012 that Noraki first went to work in Moscow, where he got a job on a building site. The final time the family saw Noraki, they imagined he was off to take up another seasonal job.

“We bid farewell to him for the last time in 2014, when he went to Russia. That time he was going to raise money to get married. In January 2015, my mother-in-law died and he called to express condolences to his mother. After that, the only news we have heard about him is from the security services, the police, and that’s all,” Nazarov said.

Now Noraki is an Islamic State celebrity. The few recent available images of him show him sporting a bushy beard and cap. His fiery lectures on injustice are listened to by thousands. He levels threats not just at Tajikistan, but also at the West and Russia, which he describes as foes of Islam.

IRPT leader Muhiddin Kabiri reads Noraki’s actions as a general protest – against society, his parents, the government and even the opposition.

“The young man was not allowed to choose a party within which he could exist lawfully. He felt free in Russia, and so there he decided to protest: ‘You pressured me all my life. I did not have the right to live independently. Now I am free and I act as I want,’” Kabiri, who has received political asylum in Europe, said.

As Kabiri sees it, there is a clear and direct line leading from the criminalization of the opposition to radicalization.

“Any government that forecloses this legal corridor opens the channel for radical groups. [These people] have views that differ from those of the government, and they have a religious worldview. What organizations are they supposed to join if there is no legal opposition?” Kabiri said.