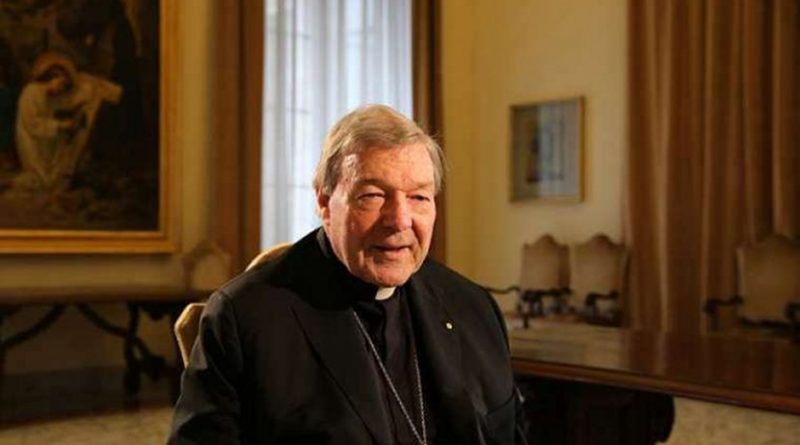 Following the conviction of Cardinal George Pell in the Australian state of Victoria last week, new details have emerged about the nature of the crimes for which he has been found guilty.

A sweeping court injunction prevents the nature of the accusations, the progress of the case, or the even the result of the trial from being discussed by the media in Australia.

Despite the gag order, CNA has spoken to several individuals who attended Pell’s trial in person, as well as others present for pre-trial hearings in early 2018.

During the March preliminary hearings, the defense petitioned for the allegations against Pell to be heard in two separate trials, the first concerning the accusations of the Melbourne choristers, and the second related to allegations from Pell’s time as a priest in Ballarat. Other charges Pell faced were dropped during the pre-trial committal hearings.

Sources say that five counts of sexual abuse were allegedly committed by Pell against the two choristers immediately following a 10:30 a.m. Sunday Mass in Melbourne’s cathedral. Pell is accused of abusing both choir members in the same incident.

Only one of the alleged victims was present in court to give evidence against Pell. The other alleged victim, according a 2017 report from The Australian newspaper The Age, died of a drug overdose in 2014.

Before his death, the deceased man reportedly told his mother at least twice that he had not been a victim of sexual abuse. The other former choir member reportedly told the deceased man’s mother only after the man died that both had been abused by Pell, The Age reported, citing a 2017 book on Pell by journalist Louise Milligan.

According to the prosecution, Pell and the choir members “went missing” from a recessional procession at the end of a Mass celebrated by the archbishop. Pell is alleged to have abused the choristers somewhere within the cathedral sacristy immediately following that Mass.

Milligan has reported that the abuse might have taken place in the early months of 1997, but sources told CNA that the prosecution identified a period between August and December 1996, shortly after Pell was installed as Melbourne’s archbishop.

In June 2017, a priest who says he was with the archbishop every time Pell celebrated Mass at Melbourne’s cathedral was questioned by police about a timeframe that seems to match the one identified by prosecutors.

The priest told police that there was no occasion when Pell would have been alone with choir members. “At no time before, during or after Mass was the Archbishop in direct contact with anyone except that I was present,’’ the priest said, according to The Australian.

“I was always standing next to him and usually at an arm’s length away.’’

Pell was known to habitually celebrate the 10:30 a.m. Sunday Mass, at which the choir regularly sung, while he served as Archbishop of Melbourne.

However, Melbourne’s cathedral was undergoing restoration work at the time of his installation in August 1996, which prevented Pell from being installed in the cathedral building itself or from regularly celebrating Mass there for several weeks.

In fact, during the pre-trial committal hearing in March 2018, records were produced showing that during the period between August and December 1996, Pell only celebrated the cathedral’s 10:30 Sunday Mass twice.

According to a source present for the pre-trial hearing, on both of the occasions on which Pell celebrated the cathedral’s 10:30 Mass during the designated period, the choir held practices for the taping of a Christmas performance immediately following the 10:30 Mass, when the absence of two choristers would have been immediately noticed.

Cathedral and choir leaders and former members testified at the pre-trial hearing that choir leaders kept a close eye on the children and would have noticed if any slipped away. Former choir director Peter Finigan testified at the committal hearing that while it would have been possible for two choir members to slip away, he did not remember that it had ever happened.

“Two altos going missing would have stood out right away, as would their late arrival for the practice straight after Mass,” a source present at the committal hearing told CNA.

“That much was crystal clear.”

During the same committal hearing in March, a pastoral associate at the cathedral, Rodney Dearing, told the court that Pell required help to remove his vestments after every Mass, and it would have been nearly impossible for the archbishop to expose his genitals while fully vested, or to commit other sexual acts in the vestments.

Dearing also told Victoria police that the layout of the cathedral did not align with the accusations.

“I can’t understand, knowing the layout [of the cathedral] and how things worked, how it could have occurred,” Dearing told police, according to Australian media reports filed before a gag order on the trial was instituted.

CNA has previously reported that concerns were raised about the layout of the cathedral sacristy, where the abuse is meant to have taken place, which is open-planned and usually full on people following Mass.

Further evidence was reportedly heard during the November trial confirming that Pell only celebrated 10:30 a.m. Mass in the cathedral twice during the alleged timeframe of the events, and the court heard witness testimony that Pell had been with guests immediately following Mass on one of the two Sundays.

During Pell’s trial, the judge reportedly excluded both the prosecution and the defense from disclosing to the jury or discussing in court anything which could bear upon the credibility of the accuser.

When asked how the jury could have delivered a unanimous conviction despite the seeming weight of evidence in his favor, several trial attendees noted that Pell refused to give evidence in his own defense.

“Pell didn’t take the stand, and that definitely made a negative impression; it doesn’t look good if you won’t deny it with your own lips,” one source told CNA.

Others close to the cardinal defended the decision not to have Pell take the stand.

“If you hire Robert Richter [Pell’s lead lawyer], you bloody well take his advice,” one source close to Pell noted. Some sources believe that Pell’s attorneys were concerned that the cardinal would try to give expansive answers from the witness box, rather than confine himself to narrow responses on points of fact.

Instead of Pell’s testimony, recordings were played for the jury of Pell’s interviews with police and state authorities, in which he had previously answered questions about the charges and denied ever sexually abusing a minor.

The Melbourne trial began in June, ending first in a hung jury and a mistrial, with jurors reportedly siding 10-2 in favor of Pell’s innocence. A second hearing with a new jury began in November, delivering a unanimous conviction on Dec. 11. The gag order remains in place pending Pell’s sentencing and expected appeal, and ahead of the trial on the Ballarat allegations expected to begin early next year.

Prior to the institution of the gag order, questions were raised by Australian media and legal figures about the possibility that jury pools could be tainted by years of negative coverage of Pell.

In other Australian states, high-profile cases like Pell’s have the option of being tried by a judge only, without a jury, called a bench trial. Victoria, where Pell is on trial, is one of the only jurisdictions in Australia not to have this option.

On Dec. 13, two days after the Pell conviction, Victoria state Attorney-General Jill Hennessy told the Australian newspaper The Age that she had asked her department to examine the option of judge-only trials in high profile cases, where an impartial jury might be difficult to find. This followed the exoneration of former Adelaide archbishop Philip Wilson, whose conviction for failing to report child sexual abuse was overturned by a judge on appeal.

In the Wilson case, appellate judge Roy Ellis noted that media portrayals of the Church’s sexual abuse crisis might have been a factor in the guilty verdict.

The state of Victoria has faced sustained criticism for the use of suppression orders by the state’s courts. Despite an Open Courts Act passed in 2013 aimed at improving judicial transparency, Victorian courts issued more than 1500 suppression orders between 2014-2016.

It has been reported that local media petitioned Victoria County Court to lift the suppression order on the Pell case, but that no decision had been issued on that request.