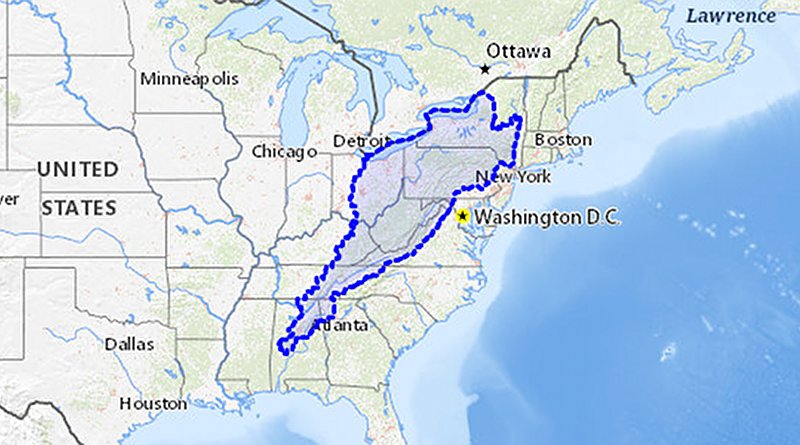 Natural gas has become the largest fuel source for generating electricity in the United States, accounting for a third of production and consumption of energy. However, the environmental and socioeconomic impacts of natural gas have not been considered comprehensively.

A new study estimated the cumulative effects of the shale gas boom in the Appalachian basin in the early 2000s on air quality, climate change, and employment. The study found that effects on air quality and employment followed the boom-and-bust cycle, but effects on climate change will likely persist for generations to come. The study, which also considered how to compensate for these effects, provides insights for long-term decision making in this field.

“While gas development has boosted aspects of the regional economy, private firms have not faced the full costs of natural gas development,” explains Nicholas Z. Muller, Associate Professor of Economics, Engineering, and Public Policy at CMU’s Tepper School of Business, who coauthored the study. “In our work, we sought to evaluate the cumulative and disparate impacts of current energy systems to inform policymaking.”

Rapid increases in natural gas production in the United States, resulting from advancements in horizontal drilling and hydraulic fracturing (a well-stimulation technique that injects pressurized liquids into a bedrock formation) have dramatically altered world energy markets and the domestic energy outlook. The United States has been the largest natural gas consumer and producer over the past decade, comprising 20 percent of the world market, and the domestic shale gas market has contributed to price volatility and a shift in global flows of natural gas.

In this study, researchers analyzed the shale gas boom and decline in the Appalachian basin, the largest natural gas basin in the United States in terms of reserves and production, from 2004 to 2016. Over this period, volumes of regional shale production increased annually and drilling peaked in 2013. Regional natural gas consumption of electric power and processing volumes also rose. Shale gas production exceeded regional demand, leading to substantial amounts of exports to other parts of the country.

Specifically, the researchers examined premature mortality from fine particulate matter and secondary particulate matter formed from the atmospheric oxidation of nitrogen oxides and volatile organic compound emissions. They also estimated the change in global mean temperature from carbon dioxide and methane emissions, as well as the effects on employment associated with the development of natural gas.

The study estimated that shale gas production degraded air quality, resulting in 1,200 to 4,600 premature deaths (costing $2.3 billion to $61 billion), while boosting employment by 469,000 job years or jobs lasting a year (yielding wage income valued at $8 billion to $33 billion). The authors surmised that these results are in line with the boom-and-bust cycle of shale gas development. But the study also found that natural gas production affected climate (at a cost of from $12 billion to $94 billion, depending on assumptions regarding social costs) in ways that will persist for generations to come, well beyond the period of natural gas activity in the region.

“Our study provides insight on the cumulative socioeconomic and environmental impacts of natural gas systems,” says Jared L. Cohon, former President of CMU, another coauthor. “The argument that natural gas may serve as a bridge fuel is in part premised on its comparative climate advantage over coal and cost advantage over renewables and other energy technologies. However, this is unsupported if natural gas prices do not reflect the actual economics for producing firms or the costs of damages to climate and air quality.”

The study also found that employment effects were concentrated in rural areas where natural gas production occurred, but 76 percent of the cumulative premature mortality due to air pollution was downwind of those areas in urban areas of the United States. The cumulative effects of methane and carbon dioxide emissions on global mean temperature over a 30-year time period were nearly equivalent, but over the long term, the cumulative climate impact was largely due to carbon dioxide, according to the study.

The authors estimated that a tax on production of natural gas of $2 per thousand cubic feet (mcf) of gas would compensate for the cumulative effects of climate and air quality across the supply chain. This is considerably greater than the current fee of $0.08/mcf. The authors were not advocating for such a tax to be implemented absent similiar policies on other energy fuels.

“One of our goals was to assess tradeoffs between different impacts, and comparing physical impacts reveals the implied tradeoffs involved with decisions about natural gas development,” according to Erin N. Mayfield, Postdoctoral Scholar at CMU, who led the study. “Based on our cumulative estimates of premature mortality from air pollution and employment, we concluded that the implied tradeoff is 217 job years per premature mortality at a systems level, or equivalently, three job years per years of life lost.”