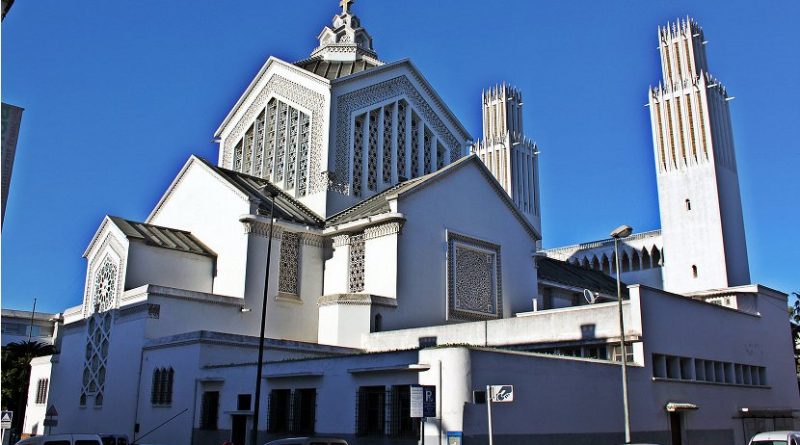 In a region of the world where Christians continue to be targets of terrorist attacks, and governmental policies that oppress Christians are becoming more common, opportunities should be seized to preserve Christian heritage sites in the Middle East and North Africa.

According to the World Watchlist Report (2017), the persecution of Christians is worst in Libya, Iraq, and Syria, and is worsening in Jordan, Egypt, Turkey, and Algeria. The attack on Christianity is most visible by examining the number of Christians who now call the region home.  A century ago, Christians made up over 20 percent of the region’s population, while today they comprise under two percent.

Continuously, extremist groups destroy renowned churches, and kill those who worship there. For example, in 2015 the first ever attack on a church in Yemen occurred when the Catholic cathedral in Aden was completely destroyed by militants in affiliation with Daesh (ISIL). This attack was followed by the killing of 16 Catholics assisting victims of the country’s civil war at a Sisters of Charity Center in Aden.  Until today, multiple attacks on Yemen’s Christian community occur every year, and in 2017 it was ranked the ninth worst country for Christians in the world.

Yemen is not the only example of a country experiencing newfound violence upon Christians. In Libya, 21 Christians were beheaded in 2015,while the number of Christians continues to decline as they are targeted in attacks by multiple extremist groups operating within the country’s borders. Iraq’s Christian population has dwindled from over one million to around two hundred thousand in the past seventeen years.

Within the past two years, it is estimated that over eight hundred Christians have been killed because of their faith in the Middle East and North Africa, and this does not include the Christians amongst the thousands of civilians that have likely been killed in attacks that were not faith related, including the detonation of explosive devices in public areas, attacks using motor vehicles, and other terrorist attacks as have been seen in the region.

Furthermore, governments oftentimes suppress and persecute those who simply wish to practice their faith freely. Sacred texts are banned by governments, as is the long standing practice in Saudi Arabia, where bibles are confiscated upon entry to the country. Similar practices have been carried out in Libya, when former president Muammar al Gaddafi was in power, and it is still carried out by the various groups in control of different sections of the country.

Subsequently, such actions have been reported to have occurred by national or local authorities in nearly every country in the region, even if it is not state policy.  Furthermore, Islamist movements ranging from the Muslim Brotherhood in Egypt, to the Islamic Salvation Front in Algeria, have expressed support of such actions. A unique exception among Islamic parties to the seemingly widespread persecution of Christians is Morocco’s Party for Justice and Development (PJD), which supports a ban on foreign missionaries, but is vehemently opposed to any ban on Christianity.

In short, the disturbing rise in violence against Christians in the region is dire. Iin 2007, not a single targeted attack on Christians was recorded.  Starting in 2008, the number of assaults on Christians has increased annually, reaching over fifty violent assaults in 2015. Consequently, Christianity’s presence now continues to dwindle in the Middle East, where the religion began millenia ago, and thrived until recently. Consequently, once vibrant Christian communities are now abandoned, and the vast majority of the region’s citizens are not aware of both the historic and modern Christian communities in their respective countries, nor have they had a personal relationship with someone who practices another faith.

The Kingdom of Morocco, at the westernmost edge of the region, presents a unique opportunity to preserve and even restore the role of Christianity. Christianity has been practiced in Morocco for millennia, originating during the days of the Roman Empire in the fourth century. Today, the kingdom is home to a sizable Christian community that continues to grow, despite some repression including confiscation of bibles, accusations of cooperating with foreign missionaries (an illegal practice in the kingdom), and a lack of places to worship, as many large cities are home to one church. In 2014, it was estimated that the Kingdom is home to more than 380,000 Christians.

Along the Atlantic coast, in the city of Essaouira, there in a Franciscan church that has fallen into neglect and ruin, with a history dating back to the eighteenth century. In many ways, this church is emblematic of the Kingdom’s distinct historical experience, built by the Portuguese, and utilized by the French, Arabs, and others. It is a special representation of the multiculturalism, respect, and diversity that is part of Morocco’s identity and codified in its Constitution. Unfortunately, today this collapsed church in Essaouira is unable serve as the beacon of an exceptional past and present.

In a region of the world where Christians continue to be targets of terrorist attacks, and governmental policies that oppress Christians are becoming more common, opportunities should be seized to preserve Christian heritage sites in the Middle East and North Africa.  This is especially true when preservation leads to advancing human development.  In the case of this church, it will be dedicated to local civil associations, to provide them a work and meeting space for education and inclusive development planning of community projects.  The King of Morocco, Mohammed VI, is a champion of cultural projects that are a “driving force” for dialogue and development.  These projects require leadership at all levels.

The High Atlas Foundation seeks to restore the Franciscan church in Essaouira so that it may serve as a reminder of the central role that Christianity has, and continues to play, in Morocco and the region.  However, we do not simply wish to restore the building. The city government will transfer the church to civil society to serve as a location for public workshops, family education, and a meeting point for interfaith relations and development stakeholders. Restoring the Franciscan church in Essaouira will not only preserve the Moroccan cultural past, but can serve as a catalyst in the Kingdom’s strive to set an example of religious and social integration toward shared prosperity in a region where these very values are being fundamentally challenged.

*Richard Bone supports communications for the High Atlas Foundation from Washington, D.C., where he currently studies International Affairs at the George Washington University.