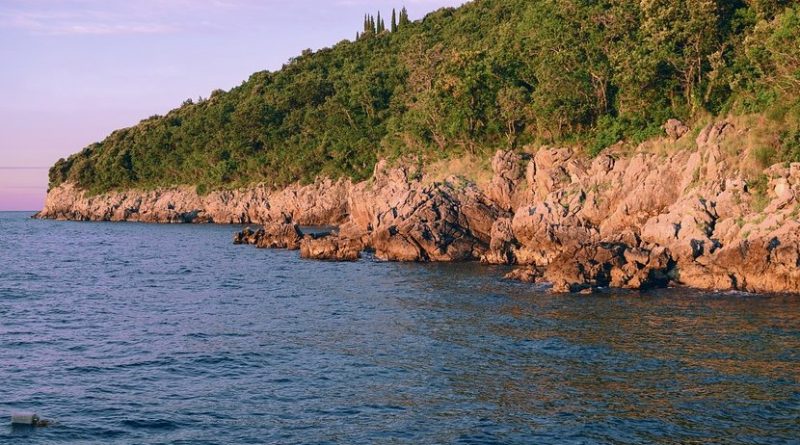 The Mediterranean forest area has expanded by two percent resulting in a rise of 1.8 million hectares – about the size of Slovenia, says a joint report by the United Nations Food and Agriculture Organization (FAO) and Plan Bleu, Regional Activity Center of UN Environment/Mediterranean Action Plan.

But the report titled The State of Mediterranean Forests 2018 warns that in the period 2010-2015 forests in the Mediterranean have also been considerably affected by degradation and are increasingly in jeopardy from climate change, population rise, wildfires and water scarcity.

The report analyses the circum-Mediterranean region, a territory encompassing thirty-one countries and a wide range of political, economic, social and environmental contexts. The region has an extremely rich natural and cultural heritage. Here, human and economic development is largely dependent on at times scarce natural resources and a vulnerable environment, notes the Foreword to the report.

“Today, human activity has placed substantial pressure on this environment, the impact of which is felt differently in the northern, southern and eastern sub-regions. Based on a bioclimatic definition of Mediterranean forests, the Mediterranean region includes more than 25 million hectares of forests and about 50 million hectares of other wooded lands. These lands are strongly interconnected with urban and agricultural/rural areas,” write FAO Assistant Director-General for Forestry Department Hiroto Mitsugi, and Plan Bleu’s director Elen Lemaitre-Curri in the Foreword.

Mediterranean forests and other wooded lands in the region make vital contributions to rural development, poverty alleviation and food security, as well as to the agriculture, water, tourism, and energy sectors. Such contributions are, however, difficult to quantify, they say.

Moreover, changes in climate, societies and lifestyles in the Mediterranean could have serious negative consequences for forests, resulting in the potential loss or diminution of those contributions and to a wide range of economic, social and environmental problems, they alert.

Commenting the report, Mitsugi said: “Mediterranean forests have long been adapting to pressures caused by human development. But never have these pressures been so extreme as they are now. Unless we do more to combat forest degradation, more than 500 million people across 31 countries and three continents will soon face a wide range of economic, social and environmental problems.”

Lemaitre-Curri concurred: “In a context of rapid climatic, societal and lifestyle changes in the Mediterranean, forest and tree-based solutions are critical to the region overall sustainability, with an expected impact well beyond forested areas.”

The report provides some key figures about Mediterranean forests:

According to the report, forest degradation in the north of the Mediterranean is driven mostly by land abandonment and fires, while forests in the south-east suffer from an overexploitation of fuelwood, overgrazing, and population pressure.

Climate change remains the most significant threat to all Mediterranean forests. Rising temperatures, erratic rain patterns, and longer droughts will significantly alter the cover and distribution of forests and trees over the next years.

For example, as trees try to withstand droughts, they deplete their carbon stores and produce less carbohydrates and resins, which are essential to their health. This has already led to a decline or dieback of oak, fir, spruce, beech and pine trees in Spain, France, Italy and Greece, and of Atlas cedar trees in Algeria.

The Mediterranean population doubled between 1960 and 2015, reaching 537 million, and is estimated to rise to 670 million by 2050. While there has been little demographic change in the north, rapid population growth in the south-east has led to an excessive exploitation of natural resources.

Wildfires remain a significant threat. Although the number of fires have decreased in the north and northeast in recent decades, the number of larger fires (affecting over 500 hectares) have increased. The report predicts this trend – overall fewer but larger fires – to continue.

Water shortages and soil erosion are particularly harmful to Mediterranean forests as soils are thinner and poorer than in other regions.

The report highlights that over 300 animal and plant species of Mediterranean forests threatened with extinction.

The Mediterranean region is the world’s second largest biodiversity hotspot, but as forests face rising pressures, so are its animals and plants.

Forests in Spain, Italy, Greece, Turkey and Morocco have the highest number of threatened species (26 percent in Spain, 24 in Italy, 21 in Greece, 17 in Turkey, 15 in Morocco).

Mediterranean forests are also rich in fungi. However, they are gradually decreasing due to clear-cutting and timber harvesting.

The FAO-Plan Bleu report offers solutions to forest degradation. It urges countries to scale up the restoration of forests and landscapes. In particular, it recommends: