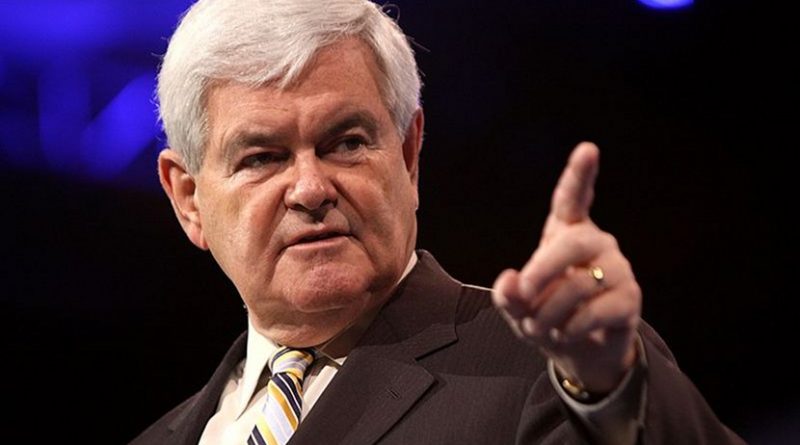 CNN is reporting that the Gingrich campaign expects another $10-million gift from Sheldon Adelson to his campaign, allowing him to be competitive in the Super Tuesday round of Republican primaries.  Adelson has already given him $11-million.  Along with $6-million he gave to Gingrich in the years leading up to this race, that will make $27-million altogether given to Gingrich during that time.

CNN’s report speculates that the new infusion is meant just as much to head off a possible Santorum victory in the primary race as it is to give Gingrich a shot at reviving the sagging fortunes of his campaign.  According to this logic, Adelson wants to ensure that there is a three-way, rather than a two-way race so that the eventual winner is Romney, not Santorum.  It would be interesting to know why Adelson has such an aversion to Santorum.  A few answers appear here: Adelson does not oppose abortion and it is one of the hallmarks of Santorum’s campaign.  Though I don’t know this for a fact, I’m guessing that Santorum’s Opus Dei-style social conservative Catholicism might put Adelson off.  But even more importantly, Santorum is devoutly opposed to legalizing online gambling, a stance sure to raise the hackles of the gambling magnate.

The game of politics is often about not just who you want to win, but who you don’t.  If Adelson cuts Santorum down a notch or two this time around, the latter may be a less formidable opponent for his guy, Newt, a few years down the line.

Given the weakness Mitt Romney showed in the most recent rounds of primaries and Rick Santorum’s resurgence, this gift may ensure that the presidential primary campaign is not even decided before the convention.  If that happens, it may be the first time in decades such a party nomination wasn’t decided beforehand.  In the past, this might’ve added drama and excitement to a convention.  But given Romney’s weakness and the fact that he appears likely to win the nomination eventually, it will mean he is an even weaker candidate than he might otherwise be against Barack Obama.

As far as Gingrich, Santorum and the rest of the Republican far-right are concerned, a Romney defeat will be nothing to cry over.  It will only force the Party to turn ever more decisively to their brand of politics in the next elections of 2014 and 2016.