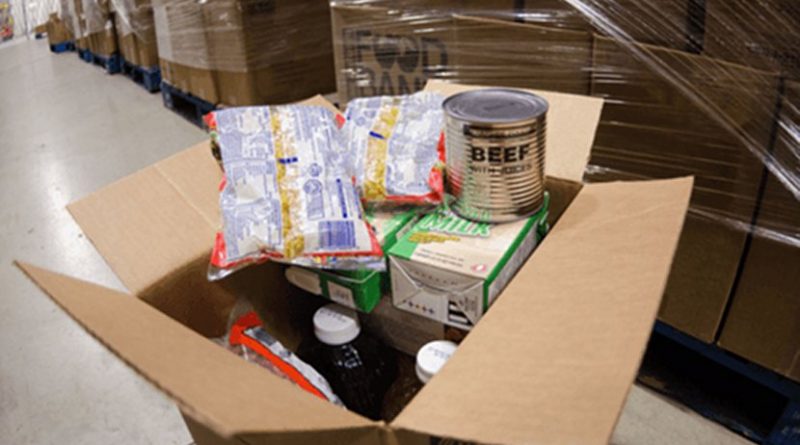 What a horrific idea President Trump has come up with in calling for an end to the provision of food assistance money under the Supplemental Nutrition Assistance Program (SNAP), which he’d supposedly like to turn into a “surplus food” type operation where people are provided with canned goods and other packaged foods instead of cash.

First off, consider that we’re talking about 45 million people — about one-seventh of the entire population of the United States — who in any given month are receiving this assistance because they have been deemed at risk of being unable to buy enough food to survive on their own.

Just try and imagine the Trump administration, that was and still is unable to provide food to people starving in Puerto Rico in the wake of two back-to-back hurricanes that devastated that island half a year ago, and that’s just three million people.  There are over eight million SNAP recipients just in California and Texas alone and they and the rest of the other 38 million recipients are spread across the country, in cities, suburbs and rural regions alike.  Getting all these people cash cards that they can use in supermarkets and local shops to buy their own food is a cheap, fast and easy way to get these hard-up individuals and households the food they need, especially as the program is administered not by a federal workforce, but by state agencies close to where the needy people are. Distributing food to that many people, in contrast, would require a colossal effort, a huge bureaucracy, and would entail unimaginable costs.

Maybe Trump is thinking of hiring Amazon to do the job, in hopes of winning over the support of the owner of the Washington Post, currently one of his media antagonists.

As things now stand, SNAP costs about $70 billion a year. The cost of administering the program relatively low, with the bulk of the funds going to provide about $125 worth of food assistance per person per month in aid. Because the cards are electronic, when used at computerized stores using bar-code scanners, the system helps keeps spending limited to food items, and not liquor, toys or other unneeded items.

Worse yet, instead of letting people buy what they and their families are accustomed to preparing and eating, as SNAP does, a system involving providing foodstuffs to recipients is an open invitation to scammers who will predictably start providing defective goods, products that have passed their sell-by dates, and items that recipients will reject. Just imagine the number of Muslim and Jewish families that will find themselves receiving canned ham, Buddhist families that will receive meat, Hindu families that will get unwanted beef products and families with members who have allergies who will be stuck with foods that cannot be consumed. It’s madness!

Then again, switching from SNAP cash cards — a program that, because the cards include a photograph of the owner, reportedly has virtually eliminated fraud in the program — to providing actual food products offers huge corporations, whether Amazon or Walmart or whatever enterprising enterprise wants to jump in, an extraordinary opportunity to feed at the federal trough. Just wait for it.

As an investigative journalist, I should be salivating at the opportunity for scandals to expose, but I cannot, because this particular program is so critically important for people who are already having a hard enough time getting by.

Interestingly, a lot of those people — perhaps even the majority of them — are the very ones who backed Trump in the presidential election:  workers whose employers had moved to Mexico or China, people who haven’t found work in years in their communities because of dying industries, as in Ohio, Michigan and North Carolina, and even Trump’s favorite for photo-ops, the laid-off coal miners of West Virginia, Kentucky and Montana.

There is a fantasy among conservatives, probably including most of the lily-white male Trump cabinet, that SNAP is a program for black people, latinos and “illegal” immigrants — you know, the kind of folks who live in “shithole” slums in America’s big cities. Well, forget immigrants. If they don’t have green cards, they are not likely to be going into social service offices seeking SNAP assistance — especially these days. Meanwhile, if you look at Agriculture Department statistics, it’s more rural states in the South, Midwest and West, and rust-belt states in the North where SNAP use is greatest. Take Alabama: it had 825,000 people getting SNAP assistance last November in a state with a population of 4.8 million. That’s 17% of the state population. Or take West Virginia, a mostly white, working-class state, where 334,000 people out of a population of 1.8 million received SNAP assistance last November, representing 19% of the population.

How are all these 45 million Americans going to react if their cash cards are taken away and instead of going to the local supermarket to get their food supplies, they have to start making weekly trips to some hard-to-reach distribution center to get heavy loads of canned beans, Spaghetti-Os, Spam and bug-infested rice? How will the elderly or infirm even do it?

I’d call this a hare-brained idea (maybe hair-brained?), but that’s giving it too much credit, because it implies that at least some kind of thought went into it. This is really just a racist bit of meat tossed off by Trump to that portion of his base that has decent jobs and thinks that welfare is going primarily to “lazy, shiftless, non-white, drug-addicted neer-do-wells.” When people start to realize it’s some of their own kith and kin who are going to be losing their SNAP cash cards and being forced instead to accept a pile of canned goods, the proverbial shit’s going to hit the fan.

It’s one thing to take Medicaid and subsidized ACA insurance away from people. When people are sick, they’re in no shape to protest. Many who lose access to medical care, sadly, will just die quietly in their homes. But taking food aid away from families, from kids and babies and old folks? As activist/sociologists Richard Cloward and Frances Fox Piven documented back in the 1960s, that’s the kind of thing that leads to rebellions and revolutions. And we’re talking about 45 million people at any given time who depend on SNAP. Especially since it will bring angry, frustrated people together at the inevitable distribution points.

If the Republicans and conservative Democrats in Congress go along with this wacky idea to become law, I predict that they will reap the resulting whirlwind.