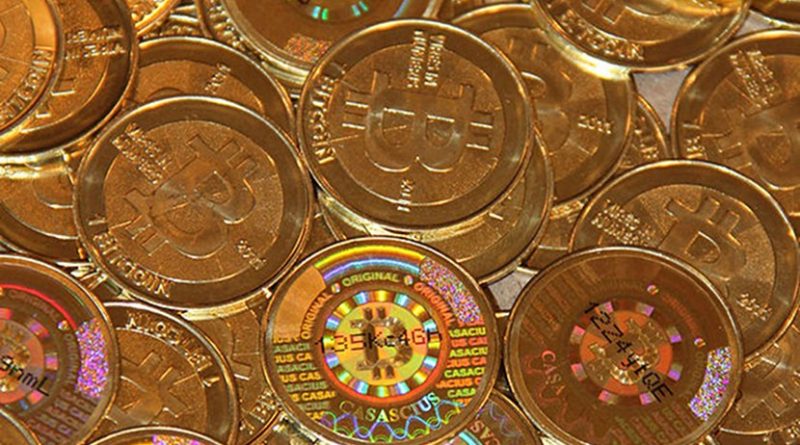 Cryptocurrencies have been the subject of recent attacks by official sector representatives, and the G20 finance ministers will consider regulatory proposals at their next meeting in Buenos Aires. This column argues that while cryptocurrencies present certain risks, they also represent an important innovation that promises to enhance choice and efficiency in monetary transactions. A proportionate, risk-based regulatory approach is required to accommodate differential attitudes and experiences and to avoid stifling innovation and competition. This implies having an open debate before sweeping regulatory action.

Cryptocurrencies, today’s privately issued monies or quasi-monies, are threatened with a regulatory clampdown. Many central banks and regulators are calling for their comprehensive regulation, and an announcement is expected at the forthcoming G20 meetings in Argentina. Most economists now echo this sentiment (James 2018, Turner 2018, Danielsson 2018) following earlier, more sympathetic voices (Fernandez-Villaverde 2017).

What are the main arguments against cryptocurrencies? The official sector seems to be suggesting that no currency other than those issued by a government entity – typically the central bank – can be trusted and therefore can be true money. (Carstens 2018, Mersch 2018). While this may hold in many countries, it does not hold in quite a few. Argentina – whose currency, the peso, or its previous incarnation, the austral, has been lost multiple times over during the past few decades to hyperinflation and devaluations – offers a splendid backdrop to discuss the performance of government-issued currencies.

What are the other arguments?

We agree with many of these points – to a degree. Cryptocurrencies are not performing all the money functions today, though these are early days and the outcome largely depends on evolving government regulations. Un-anchored private money issuance is not sustainable, but neither is publicly issued money without an appropriate monetary framework, as economic history has amply demonstrated. Sharp price fluctuations themselves do not justify regulatory protection. Fraud happens of course, just as with other financial transactions, and must be addressed head-on, yet there is no evidence that cryptocurrencies are inherent Ponzi schemes.  As for their disruptive nature, competition, innovation, and challenges to the status quo are just as beneficial in the financial sector as elsewhere in the economy. Speed can be an issue, however, and safeguards towards an orderly transition may be required. And, of course, cryptocurrencies should be subject to money laundering and terrorist financing provisions.

How big is the cryptocurrency market today? The total market capitalisation of digital coins and tokens at the end of January 2018 was $520 billion (down from US$830 billion in early January 2018). There were 1,474 cryptocurrencies at the end January compared with 682 at the same time in 2017, and a total of 9.1 trillion cryptocurrency coins outstanding.1 The market capitalisation at the end of December 2017 represents more than 15% of currency held by the public in the US, Japan, and the euro area combined, compared with less than 1%  in December 2016 (Figure 1).2 So far, the regulatory response to the rapid rise of cryptocurrencies has been concerned mostly with illicit transactions, consumer protection, market manipulation, capital flight, and governance (Balboa 2017, BIS 2015, de Filippi 2014, Morris 2017, Wildau 2017). Concerns about money laundering and terrorist financing remain dominant in the context of the anonymity provided and limited identification of cryptocurrency participants (FATF 2014). Regulatory actions include possible outright bans in China and South Korea, several initiatives in the EU under anti-money laundering regulations, and warnings about the risks of initial coin offerings to special regulatory regimes (sandboxes). At the same time, regulatory approvals of cryptocurrency exchanges in Japan and the adoption of bitcoin futures contracts in the US reflect a more hands-off approach.3 Moreover, some of the central banks have been contemplating, and some have even announced, the issuance of their own cryptocurrencies, in view of their advantages.

Such monetary innovations are not new, of course. Historically, monies have often started out as private money. Bank notes issued by private banks were the cryptocurrencies of the past. One of us (Mandeng 2018) finds that 19th century Germany recognised the important advantages that bank notes offered to facilitate payments while confronting the risks of over issuance. In 1876, Germany adopted a mixed central banking model. It established a central bank – the German Imperial Bank (Reichsbank) – to regulate as primus inter pares bank note issuance together with the private banks of issue. The central bank adopted what we would today call a ‘joint monetary framework’ with 30+ private banks authorised to facilitate orderly bank note issuance, adoption and circulation. At the same time, it imposed firm and transparent common requirements on the basis of a set qualification criteria. The reason for the mixed model was the lack of trust in one monopolistic entity and the desire to support, under the joint framework, money emission in a decentralised way. Monetary innovation was thus met with inclusion, not exclusion.

Central banks have come a long way to establish their credibility as the provider of money. But should this be their ‘natural monopoly’?  While there may be good reasons to believe so, technology is offering a qualitatively new type of decentralised private money with potentially far-reaching benefits. Illegal use must surely be stamped out, but should we throw out the baby with the bathwater? Under a unified monetary framework and associated regulation, the objectives of fostering innovation, competition, and financial system stability and efficiency could be mutually reinforcing.

Cryptocurrencies challenge the status quo of both central banking and commercial banking. This carries risks, but also benefits. In the end, as Rogoff (2017) pointed out, “the long history of currency tells us that what the private sector innovates, the state eventually regulates and appropriates”. Yet it would be good to have a public debate about the pros and cons of this latest wave of monetary innovation before any sweeping regulation. For one thing, this would be hugely informative for consumers and investors alike – and particularly important amid today’s anti-elite and populist sentiment.

Carstens, A (2018), ” Money in the digital age: what role for central banks?”, lecture at the House of Finance, Goethe University, Frankfurt, 6 February.

Fernández-Villaverde, J (2017), “On the economics of currency competition“, VoxEU.org, 3 August.

Mersch, Y (2018), “Virtual or virtueless? The evolution of money in the digital age”, lecture at the OMFIF Forum, London, 8 February.

Sulleyman, A (2018, 17 January 2018), “Bitcoin trading could be banned in China as threat of Asian market crackdown pushes down price“, The Independent, 17 January.

Endnotes:
[1] Price and market capitalisation data from www.coinmarketcap.com.  Data as of 31 January 2018. Data on number of cryptocurrencies as of 28 January 2018.

[2] The choice of numeraire is arbitrary and only serves as benchmark. Cryptocurrencies are highly popular in China, Japan and Korea.