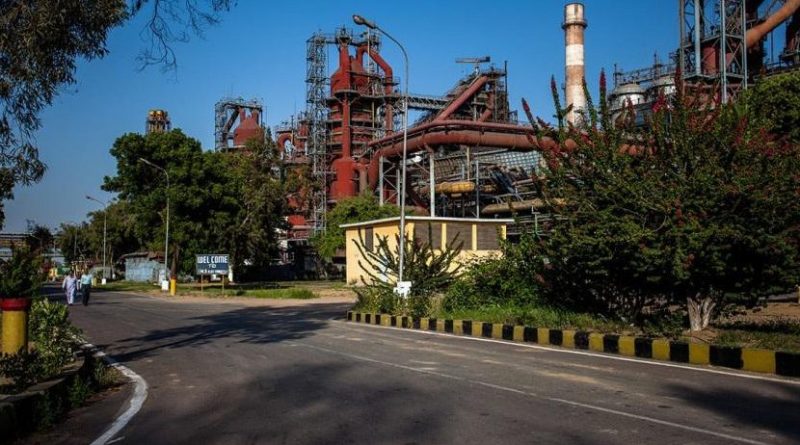 It is often said that in Pakistan economic policies are dictate by elites of the elites enjoying majority in the Senate, national and provincial governments. While Pakistan steel has reduced to junk due to nepotism, embezzlements and corruptions, those at the helm of affairs have failed in establishing another steel mill in the country. At the best steel industry in Pakistan comprises of remitting furnaces and the biggest name is Ittefaq group, owned by Nawaz Sharif and his family. Despite ruling Punjab (where more than 65% population of the country lives) for nearly four decades and forming government at federal level for the third time, PML-N has failed in establishing a steel mill in the province having its largest vote bank.

The eople of Pakistan have been constantly ripped off, through imposition of regulatory duty on nearly 50 steel products. The logic behind imposition of regulatory duty is to protect the local re-melting and re-rolling mills, which are highly energy in efficient. In a recent and what appears to be a populist move, the ruling junta has reportedly recommended withdrawal of regulatory duty on 57 tariff lines including 47 steel products in the upcoming budget. The groups having vested interest have already started making hue and cry. Analysts strongly believe that recommendations hold limited chance to get the nod from the legislative on the pretest that approval of these commendations would have serious and wide-ranging implications for the steel sector.

Pakistan’s leading brokerage house, AKD Securities has prepared a report regarding implications of reduction in regulatory duty on steel products, which says, “Apparently aimed at extending relief to the export sector, Commerce division and National Tariff Commission have identified 515 tariff lines for tariff rationalization in the upcoming budget. The proposal also seeks abolition of regulatory duty on 57 tariff lines including 47 steel products and arrived at a conclusion that the decision would have wide-ranging implications for the sector.

The report states that for key players (ASTL, MUGHAL, ITTEFAQ), elimination of 30% regulatory duty on rerolled bars would significantly hurt the pricing power of domestic players. The price differential between imported and local rerolled-bars would shrink to Rs13,000/ton (which currently stands at Rs39,000 per ton). For flat steel manufacturers, regulatory duty on final products (CRC & HDGC) is mere 5%, where removal of the same would further narrow the current low price gap between imported and local products by up to Rs5,000/ ton.

The current low price differential is primarily due to recent rounds of Rupee depreciation, where importers holding 4-6months old inventory are offering the imported products at a discount price. The pricing gap would once again move to the historical average of up to Rs12,000/ton, as importers’ inventory backlog comes to an end. However, this gap is still below price differential of Rs24,000/ ton, when calculated using the imported Chinese CRC prices. While abolishing the regulatory duty could once again stir up competition, brokerage house believes that there are little chance of these proposals getting approved given the rising fiscal imbalance and repercussions on the domestic industry.

ASTL has announced BMR of its SITE plant, which apart from costs saving would enhance the plant capacity by 95,000 tons. The BMR activity would cost around Rs2 billion, which the company intends to finance through debt/equity mix of 80/20%. The planned BMR activity requires closure of the said plant for about ten months (Jun’2019 to Apr’2020). Keeping in view the prevailing conditions AKD Securities had revised its earnings estimates due to the closure of SITE plant and high finance cost. Losing 2.6%CYTD, ASTL’s lackluster price performance is attributable to the delay in materialization of expansion project. With Dhabeji plant scheduled to start commercial production from March 2019, investors’ concerns regarding the same should potentially subside, leading to price performance.

In view of the expansion plan, brokerage house has revised its earnings estimates, with downward revision in FY19/FY20 earnings by 10/18% (adjusting for unavailability of SITE plant in FY20 and higher finance cost) and upward revision in FY21/22 earnings by 6/11% (additional capacity of 95,000 tons post completion of SITE expansion).

ASTL in Nov’17 revealed its plan to enter into towering business through a joint venture with the Chinese company “Qingdao Huijintong Power Equipment Company Ltd (HJT)”. The proposed venture (Amreli-Huijintong pvt Ltd) would include the production and sale of transmission towers, entailing total investment amount of Rs1.67 billion. As per company management, the proposed venture has hit snags due to issues between the partners.             .

ASTL’s lackluster price performance is attributable to the delay in materialization of expansion project. With Dhabeji plant scheduled to start commercial production from this month. Investors’ concerns regarding the same should potentially subside, making room for price performance. On a competitive landscape, ASTL is well positioned compared to immediate peers, as its expansion is coming online at least one year ahead of competitors. However, substandard substitutes that make up to 60% of the market and entry into northern market remain key competitive challenges for ASTL post expansion. ASTL’s strong brand image and quality may help in beating the competition.