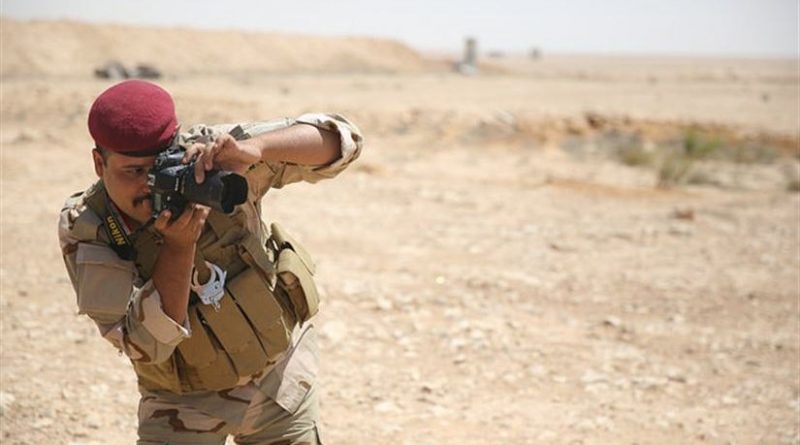 In a teleconference from Baghdad, Warren told Pentagon reporters that the enemy has suffered a string of defeats in the last six months because Iraqi forces are increasingly effective.

“ISIL wants to throw punches that land. To do this, they appear to have chosen to revert to some of their terrorist roots,” he said. “Thus far, these attacks have not impacted operations on the battlefield, however. These indiscriminate attacks are heinous, and we grieve with Iraq, but we are undeterred.”

Warren said two high-value individuals were targeted and killed May 13 in Anbar when the 7th Iraqi Army and Sunni tribal fighters liberated Juba as part of Operation Desert Lynx.

One was Abu Hamza, a mid-level military commander and former al-Qaida in Iraq member who planned and conducted attacks against Americans during Operation Iraqi Freedom and also recently coordinated ISIL fighters, reinforcements and finances in the Euphrates River Valley, the colonel said.

He emphasized the importance of Iraqi security forces entering Rutbah in the last week. While a small town, Warren said, Rutbah has “outsized strategic value,” because it lies on the main route between Baghdad and Jordan.

“Opening it will impact the economies of both Iraq and Jordan, and will deny ISIL a critical support zone,” he said.

The Rutbah operation is also critical because it highlights the increased interoperability of Iraqi forces, the colonel said. “The Iraqi Counterterror Service, who are without any question the most elite forces on this battlefield, are spearheading the operation. But for this fight, the CTS is working closely with several other forces — the Anbar Police Special Tactics Battalion is fighting side by-side with the CTS to clear the town, while the Iraqi border force and Anbar Sunni tribal fighters have established a blocking position outside the town.”

There are 3,800 Iraqi army soldiers in training today, he said, and in Irbil, 1,100 Peshmerga fighters have completed training in the last 30 days while another 1,100 are in training.