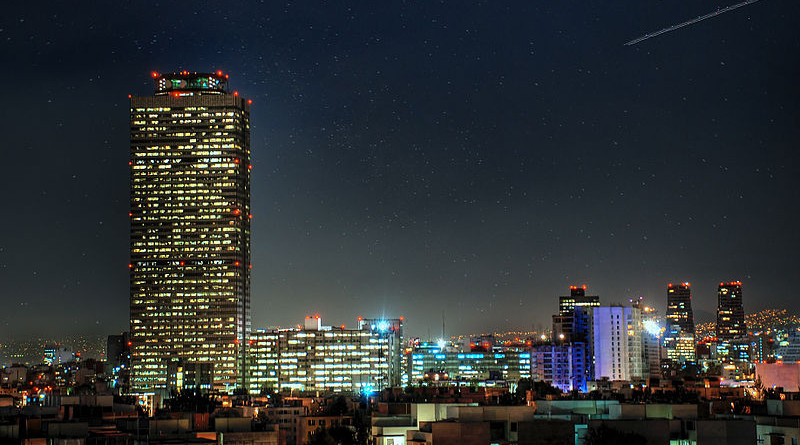 Imagine you are the President of a country where the national oil resource is wholly owned, managed and operated by you – on behalf of 130 million of your citizens.

This is the reality for Mexico’s President Andres Manuel Lopez Obrador (AMLO). However, the nature of reality changes over time. Will AMLO’s current strategy change in accordance with the new reality? This article explores this question.

On December 1st 2018, AMLO was installed as the 58th President of Mexico. His platform included a bold strategy for Mexico’s energy sector – primarily Pemex. This strategy includes:

In April 2020, Pemex auditors KPMG issued a written “going concern” opinion about its future. “The report of the KPMG auditors on our consolidated financial statements as of December 31, 2019 will include an explanatory paragraph indicating that there is substantial doubt as to our ability to continue as a viable company.” As of May 4, 2020, Pemex has yet to submit their audited 2019 financial reporting to the SEC.

Pemex is the world’s most indebted oil company. (US $105 billion).

In April 2020 – Wall Street Rating Agencies reduced the rating on the US $105 billion in debt for Pemex into “junk status.” Pemex debt has lost almost a third of its value since the beginning of 2020. Institutional investors can no longer hold these bonds. The annualized price of Pemex debt to Mexico will rise.

In April 2020, the sovereign credit rating of Mexico was downgraded by Wall Street Rating Agencies – one grade above “junk status.”

Mexico’s six existing refineries operate at less than 30% of their capacity. They lose more money as production is increased beyond this point. Decades of not making the essential investments in maintenance and repairs have led to this degradation. Mexico currently refines about one-third of its oil production.

It has been reported that Pemex hedged about 15% of its 2020 production at approximately US $49/b. Thus, it will soon be selling its Maya crude blend into a market where prices are more than 50% below where they were a month and a half ago. The “Mexican basket” was priced at US $12.50/b on May 4, 2020. As analyst Pablo Medina observed: “What use is the hedge if Pemex is losing $20-$50bn by being forced to produce and refine at a loss? “Do the math – the hedge will not save Mexico.”

80% of ALL Mexican exports are sold to the US market – an economy now in a pandemic induced recession.

Pemex has failed to pay employees, contract workers and contractors.

Nations heavily reliant on oil exports like Mexico have seen their currencies deteriorate as the flight to safe-haven currencies – like the US Dollar entice investors. This recent devaluation of the peso is the worst performance among 24 peers characterized as emerging market countries. The peso to the US Dollar devaluation is the most rapid since October 2008.

Oil industry analyst Viktor Katona has been blunt: “Thus, PEMEX will have to find solutions by itself and find them relatively quick – investments beyond 2022 look increasingly problematic. Mexico’s offshore half-cycle costs are oscillating in the $25-30 per barrel interval and with the current price environment even brownfield investments are questionable.”

In an interview in the Financial Times, the Executive Director of the International Association of Oil & Gas Producers, Gordon Ballard, remarks:  “In the past, activity decreased then picked up again — each time, we saw it come back,” he said. “Now it’s not entirely clear if things just come back as normal. Everything has changed.”

In the Foreword to the book entitled, Mis-Measuring Our Lives, France’s former President Nicolas Sarkozy wrote:

Is AMLO capable of reimagining the future of Mexico and Pemex?

AMLO’s challenge is characterized by a quote from scholar Daniel Levinson who writes:

“As he attempts to reappraise his life, a man discovers how much it has been based on illusions, and he is faced with the task of de-illusion Ent. By this expression, I mean a reduction of illusions, a recognition that long held assumptions and beliefs about self and world are not true. This process merits special attention because illusions play so vital a role in our lives throughout the life cycle.” (The Seasons of a Man’s Life).

The precariousness of Mexico’s Pemex cannot be understated. Can AMLO uncoil the threat that the unravelling of this Company may thrust upon Mexico? If so, what must he do?

First, he must discard the illusions that have inhabited his Pemex strategy since he took office. AMLO did not create this fiction of a company. He inherited it. Yet, now is the time and his opportunity to reimagine Pemex – for the future of the nation of Mexico. This will not be accomplished through stubbornly embracing an old reality that has been replaced with the new. It will require humility, creativity, courage and leadership; a recognition that embedded within the tangled web of the coils of this current crisis – is a tremendous opportunity.

*The writer is a former Senior Vice President for Bank of America in Los Angeles, CA. He currently resides in Queretaro, MX. His insightful analysis of global economic affairs have been published widely. He is a contributing columnist for Mexico News Daily, IDN-InDepthNews and Wall Street International Magazine.