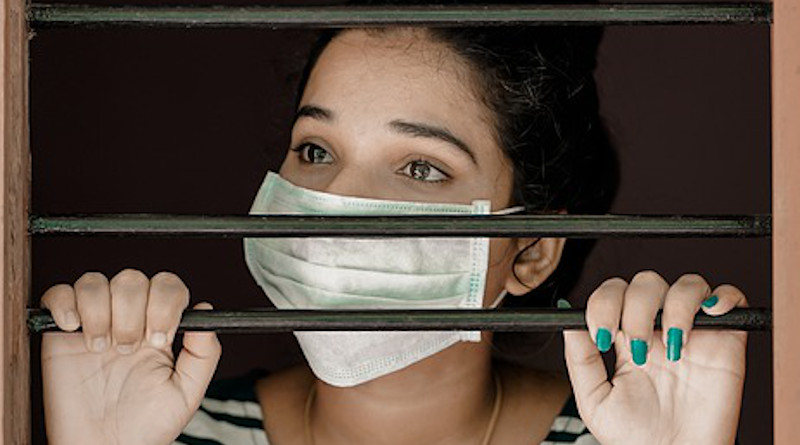 Today’s young people can be dubbed the “Coronavirus Generation” and the pandemic will have a long-lasting effect on their lives, according to a University of Huddersfield lecturer who has helped analyse the data from a research project that aimed to appraise the impact of the virus on UK youth.

Findings include statistics which show that more than 90 per cent of young people were stringently observing the lockdown and that 80 per cent of them are seeking news not from social media but from traditional outlets, including ministerial briefings.

“We assume that the young have rejected these traditional forms of media. But the research shows that they don’t feel secure in navigating the social media world of ‘fake news’. Many young people are using traditional media – maybe for the first time – because they can consume it with a certain amount of reliability,” said Dr Andrew Mycock, who is the University’s Reader in Politics.

He has collaborated on the production of the 65-page report named Take the Temperature, compiled by the organisation Beatfreeks, which researches national youth trends.

During late March and early April it surveyed 1,535 young people, aged 16-25. It was found that 91% of respondents said that they are strictly adhering to government advice. But there are negative strains on young people’s family relationships and 65% of young people said they were worried about their mental health in light of Covid-19.

The report makes a series of recommendations, including a call for the Government to establish a National Young Person’s Response Unit. Also, local authorities and businesses need to build young people into their recovery task forces and there should be statutory digital citizenship education programmes to provide young people with the digital literacy to equip them for life in the ‘new normal’.

Dr Mycock, who is a co-investigator for the Leverhulme Trust-funded Lowering the Voting Age in the UK project, was called on to help analyse the results of the Take the Temperature survey.

“Most young people are observing the lockdown in an exemplary manner, but are increasingly anxious about their future prospects, their careers, their educational progress and the direction of society,” said Dr Mycock.

“Many of the structures that underpin transition to adulthood have completely and utterly fragmented. And the young feel isolated because policy makers haven’t been particularly engaged with them when making decisions that have profound effects on young people’s lives.”

The published Take the Temperature report is now landing on the desks of policy makers and the Government needs to think about how it brings young people into debates as the country comes out of lockdown into a world that will be very different, continued Dr Mycock.

“We have made a strong effort to ensure that the people who make policies pick up on this report,” he added, describing today’s young people as the Covid-19 or Coronavirus Generation.

“The effects of this are not going to work themselves out in one or two years. It may well be that this is the generation whose lives are fundamentally changed forever,” said Dr Mycock, who is continuing working with Beatfreeks on charting the views of UK youth over the next 18 months.