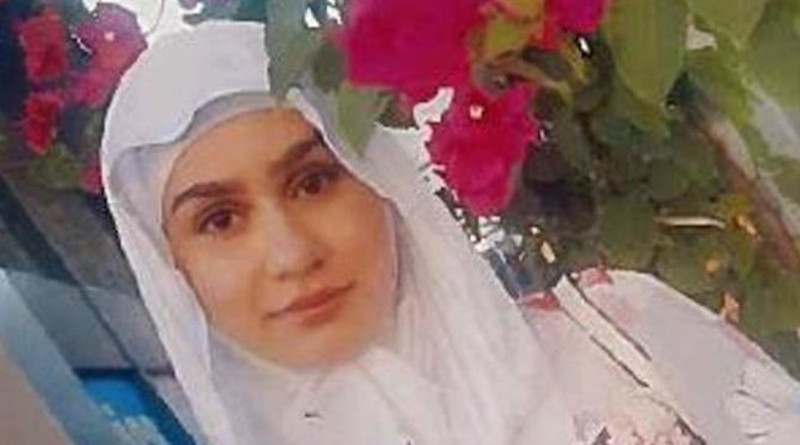 Aya Hachem was shopping for groceries in Blackburn when she was shot dead. (Lancashire Police)

The parents of a Lebanese student gunned down in the UK said they have been left devastated by her death as police appealed for witnesses.

Aya Hachem, 19, died from her wounds after she was shot from a car in Blackburn, Lancashire, on Sunday while shopping for groceries.

Police have launched a murder investigation and believe the law student was not the intended target of the attack.

Aya had arrived in the UK with her family as refugees from Lebanon when she was still a girl.

“Our beautiful 19-year-old daughter Aya has been taken from us in the most horrific circumstances,” her family said.

“She was the most loyal, devoted daughter who enjoyed spending time with her family especially her brothers and sisters Ibraham, Assil and Amir.”

Aya had excelled at high school in Blackburn and was in her second year at Salford University where she dreamed of becoming a solicitor. She had just completed her exams and was learning to drive, her family said.

“We, her parents, are absolutely devastated by her death and would like to take this opportunity to plead with any members of the public who may have any information however small that may bring those responsible to justice.”

Aya was walking to a Lidl supermarket when a car with a number of people inside drove past and someone opened fire, with one of the shots hitting her, police said.

Officers were called to the scene at about 3 p.m. after two gunshots were heard in the area. Aya was rushed to hospital but pronounced dead a short time later. The car, a Toyota Avensis, was found abandoned nearby.

Police said there is no evidence to suggest she was the intended target and that there is “every indication” that she was an innocent passerby.

They are not treating the incident as terrorism-related and do not believe it was a racially-motivated.

“This was an appalling and senseless attack on an innocent young woman, whose life was cut short while she was simply out doing some shopping,” he said.

“First and foremost our condolences are with her family, who have lost their daughter during the holy month of Ramadan.”

Woods said Aya was a much-loved family member and friend who was enjoying her studies at the University of Salford.

She was also a young trustee of the Children’s Society, a charity that supports vulnerable children in England and Wales.

“For her life to have been cut short like this is unthinkable and her family are understandably utterly distraught,” Woods added.

The Blackburn branch of the Asylum and Refugee Community paid tribute to Aya.

“Aya, one of our own, lost her life in a horrific senseless attack, randomly caught up in a shooting,” the charity said. “Our hearts and prayers are with them at this painful time.”

One thought on “Lebanese Student Murdered In UK Drive-By Shooting”