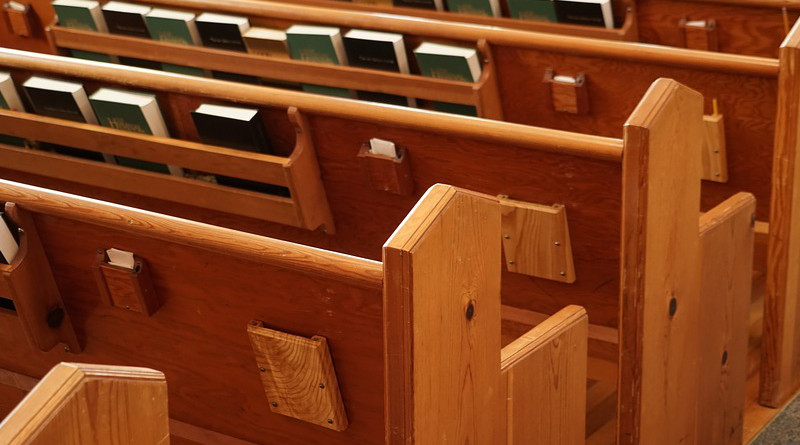 Well into the pandemic’s grip on American public life, parishes and dioceses are preparing a return to some new kind of normal.

Masses are resuming, albeit for small numbers in limited circumstances. Catholic schools and universities are making plans to reopen in the fall. Regrettably, even the ordinary fault lines and debates among Catholics, somewhat muted in recent months, are beginning to be revived.

But while some acute effects of the pandemic will still shape the Church in the months to come, the collapsing global economy will have a far more enduring and dramatic impact on parishes, chanceries, and other Catholic ministries.

In other words, barring some kind of miraculous economic recovery, the Church, at least in the U.S., ain’t seen nothin’ yet.

Despite some difficult bumps in the early weeks, many U.S. bishops seem to have found a reasonable balance between the spiritual needs of their flocks and the legitimate demands of public health officials.

Nevertheless, while dioceses are doing many things right, few have found effective ways to continue raising money. And the cash crunch has already begun reshaping what the life of the Church will look like after the pandemic.

Parishes are funded mostly by their weekly collections, with some additional contribution to operational expenses from endowments or bequests that generate predictable revenue each year. Special projects like construction or renovation are usually funded by pledge drives, and financed through loans.

Even in ordinary times, Catholics are not known for generosity to parish collection plates. The Center for Applied Research in the Apostolate estimates that Catholic families registered in a parish give an average of $10 each week in offertory. By most estimates, that amount has been on the decline since the 2018 sexual abuse scandal, which has prompted widespread frustration with bishops among active Catholics.

From that $10, parishes pay their priests and lay personnel, including insurance and retirement costs, fund religious education and other ministries, maintain old buildings, and, if they have a school, subsidize its operations. Parishes also give some portion of their revenue to their diocese, in the form of a tax, although in some dioceses the parish goal for an annual diocesan fundraising drive takes the place of a direct assessment.

In some small parishes, costs to the diocese are the single biggest expense each month.

In recent years, parishes have made efforts to increase their online giving revenue, not in anticipation of a pandemic, but because online giving income is more predictable than parish offertory, and predictable income makes it easier to budget. Still, most studies suggest that online giving makes up only a small fraction of revenue for most parishes.

In short, even when people can actually go to Mass, the margins in most parishes are thin.

Those thin margins are why parishes across the country have already laid off or furloughed employees. While staff size in American parishes varies widely, in 2015 nearly 40,000 lay ministry professionals were employed in roughly 17,000 American parishes; an average of more than two such employees, often religious education coordinators or youth ministers, per parish.

To avoid layoffs, some dioceses and parishes have applied for and received federal payroll aid, but some applied after initial funding had run out, and others simply haven’t applied.

In any case, federal payroll aid is intended to cover a short-term decrease in revenue stemming from the immediate work stoppages of recent months. It is not designed to cover the long-term decrease in giving that could be occasioned by a lengthy faltering of the American economy. And while the stock market tends not to impact parish offertory, unemployment rates are generally thought to have significant effect on the collection plate. This means that alongside a long road to job recovery for the country, most parish jobs will be slow to come back, and some are unlikely to come back at all.

While payroll is an ongoing cash obligation for most parishes, building maintenance is an ever-looming parish liability that, many pastors know, can quickly become expensive.

Parishes tend to spend what they have on their immediate ministry needs. Except in dioceses where building maintenance is regularly audited, or when pastors are especially zealous, routine maintenance on old buildings is often delayed or neglected. Few parishes account for depreciation. When something breaks, the cost is high. And with dramatically decreased collections this year, what little maintenance might have been done is likely to be deferred.

When boilers break or roofs starts leaking, parishes will turn to their dioceses for help.

Indeed, many U.S. dioceses have already begun looking for ways to provide emergency cash grants to parishes with immediate need.

That need includes maintenance emergencies, but in some places, it also includes payroll assistance, and loan repayments for outside construction loans. Those cash grants are a hit to diocesan cash reserves, which, in many places, are themselves already insufficient.

Meanwhile, dioceses are, like parishes, anticipating significant revenue reductions in the current quarter and in the next fiscal year.

Dioceses are funded through parish taxes or assessments, which are sometimes linked to annual appeals, in addition to the earnings from investment portfolios, real estate holdings, and endowments or foundations. Some cash is unrestricted, but some may be spent only on certain things. Some dioceses also charge parishes fees for some shared services, though in other places no such fees are assessed.

Also like parishes, dioceses have begun announcing layoffs and furloughs. But those measures may not be enough. Several dioceses have announced the end of their diocesan newspapers, reduction in priest salaries, or begun passing on a greater share of healthcare costs to employees.

If, as projected, the economic downturn is long-lasting, there will be other measures. Dioceses are likely to halt all renovation projects or new constructions, sell off properties, shutter ministry centers, and neglect long-term obligations, including self-funded priest pension plans, many of which are already underfunded. Some of those measures simply pass the costs of the present into the future; they will need eventually to be paid.

Many dioceses run small savings-and-loan operations, in which parishes can deposit their savings and earn interest, and cash can be loaned to other parishes for construction or renovation. If parishes pull their cash reserves, dioceses will halt loans. If they halt loans, they’ll have difficulty paying interest on deposits, and parishes will be less likely to put new money on deposit.

The mutual aid of non-profit savings-and-loan will likely dry up, and future parish projects will require bank loans, at far higher interest rates, and under much harsher terms. There will be simply fewer of those projects permitted.

Large Church projects coordinated at the diocesan level are mostly funded through the gifts of major donors. Those donors have lost considerable portions of their wealth amid market volatility. The loss of their benificence will impact school scholarship funds, seminary formation, and ministry to the poor, along with campaigns to meet the underfunded pension or construction liabilities of previous decades.

Not all dioceses will be impacted equally, but several have already begun announcing the layoffs and closures that signal their financial positions.

As dioceses find themselves increasingly strapped, many bishops will become, almost certainly, less eager to send money to the bishops’ conference in Washington, DC.

In January, the U.S. bishops approved an increase on the amount of money they must send to the USCCB – but barely. The measure, similar to one passed in 2017, barely got the two-thirds majority it required, something conference officials attributed to the financial challenges and giving downturn of the 2018 sexual abuse scandal.

But in November 2019, Archbishop Charles Chaput offered another objection to increasing funding to the USCCB. “I don’t think that some of the work of the USCCB is essential to the mission of the Archdiocese of Philadelphia,” he said.

With diocesan revenues on the decline, the conference can surely expect to see its unrestricted revenues drop, considerably, and to see more bishops raise questions about whether the offices of the USCCB are providing a meaningful return for the Catholics in their pews.

While the USCCB has given no indication of its financial situation, some conference staffers tell CNA they are expecting a round of layoffs.

In short, from parish to conference, the Church in the U.S. should expect to see significant reductions in staff in months to come, and a long road to rehiring. Maintaining properties will become more difficult for the Church, and meeting debt and other long-term obligations will also become a challenge.

The economic downturn likely forecasts more diocesan bankruptcies, the closure and sale of parish and diocesan properties, a financially poorer presbyterate, and considerably smaller ministry staffs at every level.

What those things mean for the future of the Church is a matter of perspective.

Some will likely praise the winnowing of the Church’s bureaucratic class. But those with day-to-day experience of ministry professionals will acknowledge, even while criticizing a tendency towards bureaucratic bloat, that the individuals who fill Church positions usually do so because of a desire to serve Christ and the People of God, and usually do so after ample investment in their own education for ministry.

They will require a new way of living the Church’s life, or the rediscovery of old ways.

A poorer U.S. church, even one made poor through tragedy, might find that it meets the vision of Pope Francis’ hope of a “poor Church for the poor.”

Such a Church will require more Catholics to take personal responsibility for the mission of the parish, the diocese, and, ultimately, the Gospel.

It will also require creative approaches to Christian ministry.

The downturn may well occasion a rise in the prominence and influence of ecclesial movements, whose lay members generally give far more time than other Catholics to missionary work, and often with more evangelical fervor. It may also occasion the emergence of small tight-knit faith communities within parishes, who meet regularly in homes, rather than in large parish events. It might even occasion a rise in the frequency of catechesis undertaken mostly at home, by parents themselves.

The downturn might also occasion a new zeal, and opportunity, for evangelization, as people shaken by the pandemic and its aftershocks find themselves looking for meaning. That new evangelization will likely be undertaken organically, which is say to cheaply, rather than by professional initiatives driven by expensive and time-consuming pastoral plans.

None of those things are new, but all of them might seem like novelties in the months to come. But whether bishops will encourage embracing a new way of seeing the Christian vocation, or instead try to get back to “business as usual,” remains to be seen.

The U.S. is facing an unprecedented time in its history. But the Church is not: she has faced plagues, pandemics, and depressions before.

This pandemic, and the economy, will disrupt the typical parish experience of American Catholics for a long time to come. But bishops might just begin to look to the Church’s past, to articulate a vision of hope for her future.

Home » The US Catholic Church Is Going Broke: Here’s Why, And What It Could Mean – Analysis