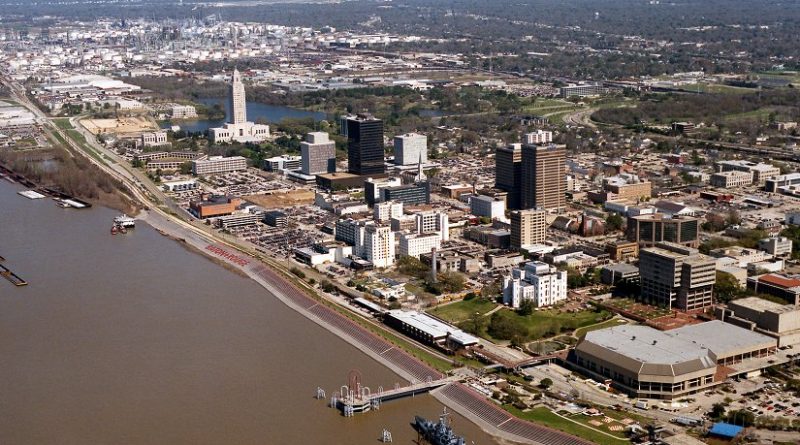 A former U.S. Marine has been identified as the gunman who shot and killed three police officers and wounded three others Sunday morning in the southern U.S. city of Baton Rouge, Louisiana, a city already on edge following the point -blank shooting earlier this month of a black man by the police.

Military officials say Gavin Long of Kansas City, Missouri, on his 29th birthday, was the masked gunman who opened fire on the officers with an assault rifle. He served in the Marines from 2005 to 2010, earning the rank of sergeant. Long was deployed to Iraq from 2008 to 2009.

“[Long] came here from somewhere else to do harm to our community, specifically to lawmakers in our community,” said Louisiana Gov. John Bel Edwards during a press conference Monday, describing the shooter’s acts as “pure, unadulterated evil.”

State Police Superintendent Col. Mike Edmonson said police are confident that he was the “only shooter at the scene” actively involved in the attack. “His intentions were accurate, they were engaging and they were all aimed at police officers.”

Police said Long appears to have “used social media extensively,” including up to the time of the attack.

Long’s online identity was the name Cosmos. His website, ConvosWithCosmos.com, features his blog and podcasts about nutrition, fitness and personal transformation, as well as information about his personal coaching fees and links to his “self-actualization” books sold on Amazon.

One of the ramblings posted on his Twitter account on July 13 read: “At what point do you stand up so that your people don’t become the Native Americans … EXTINCT?”

His postings sometimes described violence as an answer to what he viewed as oppression of African-Americans.

He says on the site that he had a “spiritual revelation that resulted in him dropping out of college, selling his two cars, giving away all of his material possessions, packing two suitcases and journeying to Africa — his ancestral homeland.”

A tweet on his account Saturday, the day before he gunned down police in Baton Rouge read: “And just bc [because] you shed your physical body doesn’t mean that you’re dead.”

The director of the Center on Extremism for the Anti-Defamation League (ADL), Oren Segal, said there was no information linking Long to any extremist groups, but the ADL and others were investigating Long’s use of aliases.

Long was killed in a shootout with police after killing two Baton Rouge police officers — Montrell Jackson and Matthew Gerald — and one officer of the East Baton Rouge sheriff’s office — Brad Garafola.

Edmonson said an investigation is ongoing “with a lot of moving parts.”

Speaking alongside Edmonson, Gov. Edwards sought to reassure Baton Rouge residents still grappling with the July 5 police shooting of a black man that sparked widespread protests in cities across the country. Long, Sunday’s shooter, was black. One of the officers killed Sunday, Jackson, was black, the other two were white.

Edwards did not address the earlier shooting death in his comments, instead focusing on Sunday’s violence, which he called an “absolutely unspeakable, heinous attack.” He also said the probe has the full cooperation of federal authorities, including the Federal Bureau of Investigation and the Bureau of Alcohol, Tobacco, Firearms and Explosives.

President Barack Obama, speaking on national television, condemned the killings, saying such attacks “are “happening far too often.” He called on Americans to “avoid divisive rhetoric” in the aftermath of the latest violence, which he earlier had described as “cowardly attacks on public servants, on the rule of law, and on civil society.”

Obama also noted that Sunday’s shootings, and other recent deadly violence involving police in Dallas, Texas; Baton Rouge; and in Minnesota, come ahead of both Republican and Democratic nominating conventions. He said that convention rhetoric “tends to get hotter than usual,” and he urged candidates and their supporters to avoid “careless accusations” that could further heighten tensions.

Attorney General Loretta Lynch condemned the shootings Monday “in the strongest terms possible” and said “families are again mourning loved ones robbed from them by senseless violence.” She said federal law enforcement agencies are in Baton Rouge helping with the investigation.

Both Democratic candidate Hillary Clinton and Republican rival Donald Trump issued brief statements, with Clinton saying “there is no justification for violence, hate [or] for attacks on men and women who put their lives on the line every day.”

Trump, writing on Twitter, extended condolences to police and their families, and placed blame for the attack on a lack of leadership. He did not elaborate, but wrote: “We demand law and order.”

Superintendent Edmonson said events began to unfold Sunday at 8:40 a.m. when an unidentified caller told police someone was carrying a rifle as he walked along a main roadway in the city. Nearby, as police approached the suspect a short while later, gunfire erupted behind a storefront where authorities believe the officers and the gunman were shot.

Baton Rouge was the scene of a fatal police shooting of a black man nearly two weeks ago.

The shooting death of Alton Sterling was partially recorded on a cellphone and widely circulated on social media.

Sterling’s death triggered intense protests that stretched for days in Baton Rouge. A day later, a Minnesota man was fatally shot during a traffic stop; the following day, five Dallas police officers were shot and killed by a heavily armed lone gunman.