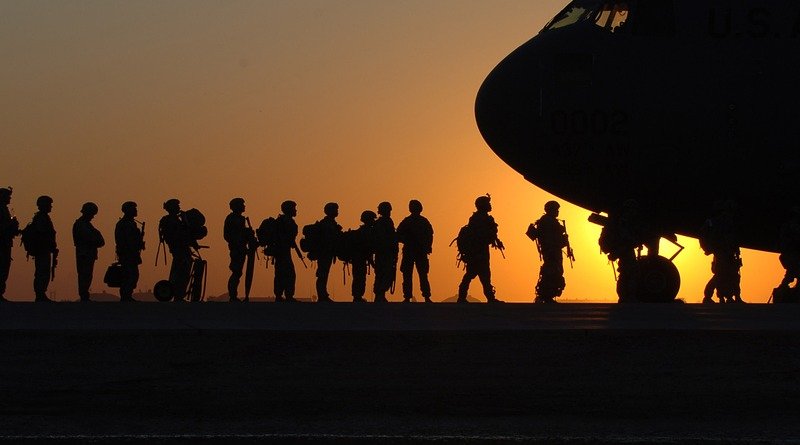 Hundreds of American troops will be sent to Saudi Arabia, as tensions with regional power Iran increase, according to media reports.

Five hundred soldiers will be deployed to Prince Sultan Air Base east of Riyadh, two defence officials told CNN, where they will join a number of other personnel who are manning Patriot missile systems and help repair airfields.

Congress has been notified of the deployment, according to the broadcaster, with satellite imagery in June showing American personnel moving to the airfield ahead of the larger deployment of troops.

F-22 stealth jets and other fighter jets will be deployed to the airfield, according to CNN.

“A small encampment and construction equipment appeared at the end of a runway by 27 June, suggesting that improvements are already underway. The encampment to the east of the runway is typical of Air Force engineering squadrons deployed overseas,” Jeffrey Lewis, director of the East Asia Nonproliferation Project at the Middlebury Institute of International Studies at Monterey told the broadcaster.

The US wanted its troops to be deployed to the airfield in the Saudi desert, as defence officials believe it would be more difficult for Iran to target remote areas with its missiles.

Last month, the US announced it was sending a thousand troops to the Middle East, after tensions with Iran increase after a series of attacks on shipping in the Gulf region that was blamed on Tehran.

Sending troops to Saudi Arabia is controversial for both sides. US lawmakers are putting pressure on Trump to suspend military relations with Riyadh, after the murder of journalist Jamal Khashoggi at the Saudi consulate in Istanbul last October.

His killing has been blamed on Crown Prince Mohammed bin Salman by some, including in an alleged CIA report.

A major deployment of American troops to Saudi Arabia following the Iraqi invasion of Kuwait in 1990 also proved to be controversial in the kingdom.