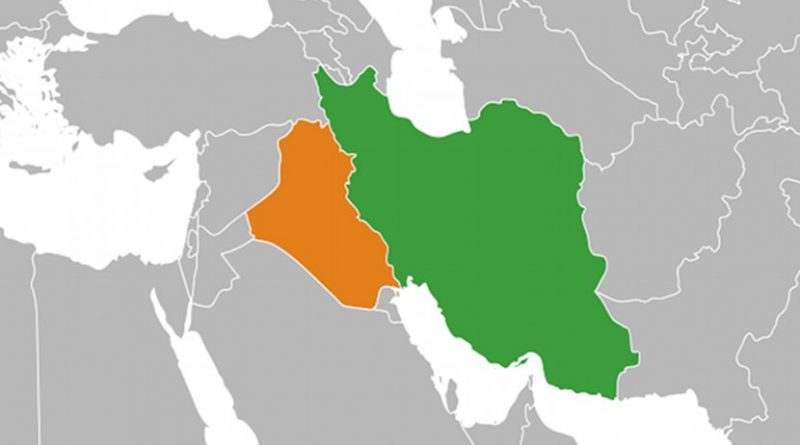 For the first time since a 1981 airstrike destroyed Saddam Hussein’s clandestine nuclear capabilities, Iraqis find themselves under attack from Israel. Bases belonging to Iran-backed elements of Iraq’s paramilitary movement, Al-Hashd Al-Shaabi, have been rocked by a succession of mysterious explosions, the latest at a weapons depot in Baghdad last week. As if there was any doubt, media and military sources in Tel Aviv concur that these blasts were indeed Israeli strikes.

Substantial arsenals of rockets — including Zelzal and Fateh-110 missiles with ranges of up to 700 kilometers — have been smuggled to Al-Hashd bases throughout Iraq. Al-Hashd militants even fired missiles at Saudi oil installations.

Did Tehran seriously believe that all-seeing, all-knowing Israel would not notice or act against these mushrooming missile stockpiles? Israelis claim that US President Donald Trump gave a tacit green light when he said: “We give Israel $4.5 billion a year. And they’re doing very well defending themselves.” Secretary of State Mike Pompeo had hurriedly visited Baghdad, apparently to show Iraqi Prime Minister Adel Abdul-Mahdi images of rockets being amassed under his nose — warning that Israeli retaliation was imminent. Abdul-Mahdi rushed to Tehran on July 22, immediately after the initial Israeli strike, perhaps in a panicked attempt to forestall escalation.

Sanctions-wracked Tehran has been struggling to sustain its paramilitary posture in Syria. Even Hezbollah has seen its funding slashed. Russian President Vladimir Putin has furthermore made a show of keeping his promise to Israeli Prime Minister Benjamin Netanyahu of reining in the Iranian proxies. The strategic shift to Iraq was Tehran’s countermove. While Tel Aviv could rain hell down upon Iranian assets parked just north of Israel’s borders, comprehensive strikes against Iraq are logistically a different story; not least because Israeli F-35 warplanes cannot reach Iraq without refueling in mid-air (US military assets in Syria may have facilitated the recent strikes). Meanwhile, because Al-Hashd militants are on the Iraqi state payroll, cash-strapped Iran is in the enviable position of boasting a standing army that it doesn’t have to pay for.

Who runs Iraq? In response to US demands for Baghdad to commercially disentangle itself from Tehran, an Al-Hashd commander retorted: “Americans know that if any Iraqi government takes a step against Iran, it will be toppled in a few ‎weeks.” Yet parliamentarians were mystified at the Abdul-Mahdi government’s refusal to condemn missile strikes against Iraqi territory. As the Haaretz newspaper asked: “Is Iraq a new Israeli front in its war against the Iranian threat… Or is Iraq a hidden ally, which, even if it won’t participate in the war on Iran, also won’t interfere with foreign efforts — Israeli, American or Saudi — to fight Iran on its territory?”

Iraq’s ambassador to Washington controversially declared that “there are objective reasons that may call for normalizing relations with Israel.” Ongoing Iraqi-Israeli communications are a badly-kept secret; yet do these aspire to neutralize Iranian meddling? Or do these contacts enjoy Tehran’s blessing as a means of carving out zones of influence across the Arab world?

As of 2011, any renewed Israel-Hezbollah war would have been fought along a narrow stretch of the Lebanon-Israel border. Hezbollah and its allies’ move into the Syrian Golan Heights widened the scope for conflict, encircling Israel to the northeast. The Iraq front now potentially drags in the entire region, particularly given Iran’s attacks against Gulf shipping and Israel’s mooted inclusion in a US-led protection force. Recent setbacks in Yemen are an additional factor that diminishes the pressure on Iranian-backed Houthis, who have become adept at firing showers of rockets toward civilian targets deep inside Saudi Arabia.

Meanwhile, Daesh is re-emerging. Just as Bashar Assad and Ali Khamenei acted as midwives for the birth of the Syrian branch of Daesh in 2012, when they released detained extremists en masse and enriched them with revenues from captured oil-fields, we should question whether Daesh’s current return to strength is a natural phenomenon. Its resurgence is occurring in areas of Iraq and eastern Syria under Al-Hashd control. Just as Daesh offered Assad the pretense of being a bulwark against extremism, the group’s continued existence removes pressure for Al-Hashd to disarm and demobilize.

Under Abdul-Mahdi’s recent decree, Al-Hashd had until the end of July to regularize its status as part of the armed forces. Yet militia commanders clamor that additional months are required. When Abdul-Mahdi ordered the withdrawal of the ill-reputed Al-Hashd 30th Brigade from Nineveh province, paramilitaries staged demonstrations to obstruct this withdrawal. Most experts see the decree as a dead letter that Al-Hashd will exploit as an opportunity to consolidate its status, while ignoring the decree’s objectives.

For the time being, the US has been doing a commendable job of piling pressure on the ayatollahs, including sanctions against numerous proxy entities. However, this is compelling Tehran to aggressively reinforce its bellicose regional posture. In this context, European attempts at appeasement are ill-advised. US National Security Adviser John Bolton has been making last-ditch attempts to block the release of an Iranian tanker detained by British authorities for allegedly smuggling oil to Syria. Such concessions simply convince the ayatollahs that dialing up the aggression is cost-free.

Iran has acted against Britain, Japan and other states as a cowardly means of flexing its muscles, while stopping short of attacks against US personnel that could trigger a devastating response. Trump and Bolton may similarly be using Israel as their attack dog, allowing them to claim that their hands are clean and they don’t desire war.

Islamic Revolutionary Guard Corps commander Hossein Salami boasts that Hezbollah alone possesses the firepower to “wipe the Zionist regime off the map.” Trump previously threatened that war with Iran would cause “obliteration like you’ve never seen before.” With such trigger-happy, unpredictable leaders on both sides, the decision-makers in Baghdad would be well advised to act decisively — both against Iranian rockets and against reckless, traitorous figures who have thrust Iraq into the line of fire.