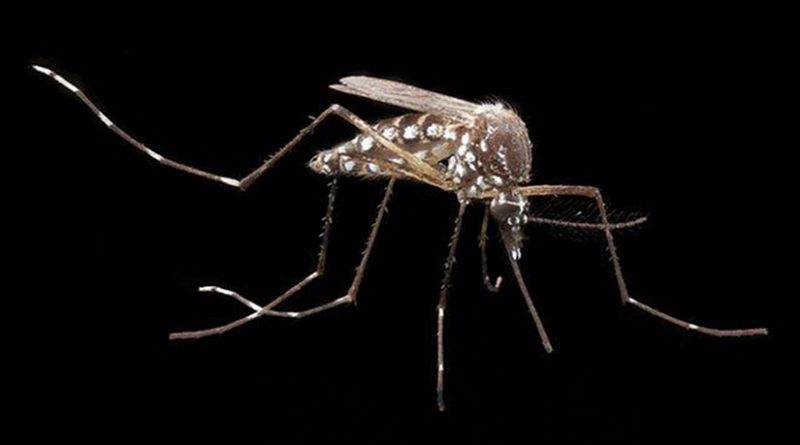 In the future, dengue outbreaks will escalate worldwide. Due to tropicaland socio-economic conditions, climate change (and covert biological efforts), dengue can only be contained through multipolar cooperation.

In mid-July, Philippines health authorities declared a “national dengue alert.”In early August, the Department of Health declared a National Dengue Epidemic. By now, the number of cases has soared to 170,000, with 720 deaths; that’s 100% higher relative to 2018, despite a delayed rainy season.The most affected age group among dengue deaths is 5-9 years.

The dengue outbreak in the Philippines and several other South and Southeast Asian countries is now international headline news. But how diddengue become “endemic” to these countries?

By the 2010s, dengue caused the greatest human disease burden of anyarbovirus – that is, viruses that are transmitted by mosquitoes, ticks, or other arthropods, including yellow fever – with estimated 10,000 deaths and 100million symptomatic infections per year in over 125 countries.

Historically, the first epidemic instances of dengue occurred in Asia, Africa and North America in the late 18th century. The ecological disruption in Southeast Asia and the Pacific during and after World War II fosteredconditions for increased transmission of mosquito-borne diseases.

The first recorded dengue hemorrhagic fever (DHF) epidemic occurred in Manila, in the early 1950s, but within 20 years the disease in epidemic form spread throughout Southeast Asia.

By the mid-1970s, dengue was the leading cause of hospitalization and death among children in the region, while epidemics intensified in the Pacific and the Americas. Since the 1980s and 1990s, epidemic dengue transmission has intensified further, with a global resurgence of dengue fever.

Yet, medical studies presume that dengue is “endemic” to certain climate areas, even though it has been purposefully exploited ever since the postwar era. The Philippines has a special role in this dark history of experimentation on unwitting human subjects. US bio-tests began in the Philippines in 1906, when Richard P. Strong, then head of the Philippine Biological Laboratory, inoculated 24 inmates of Manila’s Bilibid Prison with a cholera vaccine that had been contaminated with plague causing 13 fatalities.

After World War II, the United States quietly augmented domestic efforts by recruiting major Nazi and Japanese bio-warfare scientists. As weaponization activities began with disease vectors in the early ‘50s, the focus was on plague-fleas, mosquitoes, and yellow fever. During tests in Utah, Georgia and Florida, hundreds of thousands of fleas and (yellow fever) mosquitoes were dispersed, according to US Army studies.

Until the early ‘70s, US program stockpiled dangerous bioagents and pursued research on many more. In 1972 the Biological Weapons Convention (BWC) banned the “offensive” use of biological and toxin weapons, yet the treaty, which suffers from verification and compliance issues, left the door open for “defensive” bio-warfare and “research” in major powers.

Historically, dengue fever had been the focus on US Army and CIA biological warfare researchers for more than half a century. US Army’s Biological Warfare facility at Fort Dietrick, Maryland, has experimented with dengue fever, as verified by US historians and congressional committees since the 70s. By 1981, Cuba struggled amid an epidemic of hemorrhagic dengue fever, although it did not have a history of severe dengue outbreaks.

During the Cold War, when biological agents were produced in industrial scale by the Soviet Union and the US, the threat of the mutually assured destruction constrained risks. After the Cold War, the Nunn-Lugar Cooperative Threat Reduction Program (CTRP) presumably aimed to keep the former Soviet Union’s nuclear and chemical infrastructure from rogue nations and terrorists. Yet, in 1996 Congress expanded the program internationally.

Branching from the Nunn-Lugar program, bio-labs are funded by the Defense Threat Reduction Agency (DTRA) under a multibillion dollar military Cooperative Biological Engagement Program (CBEP). The CBEP labs are located in 25 countries, including in Eastern Europe (e.g., Georgia and Ukraine), the Middle East, Africa and Southeast Asia – and the Philippines.

Until recently, there had been no dengue outbreak in the US since the 1930s. Presumably, dengue had been eradicated, despite global increases in incidence and severity, and immigration. But in 2009, Key West, Florida, several residents showed infection. According to a study by the Centers for Disease Control (CDC), the infection rate in the area was 5 to 8%. Mosquitoes known to spread dengue fever were found in more than half of US states.

According to CIA documents and the 1975 Congressional committee, threesites in Florida, Key West, Panama City and Avon Park, and in central Florida,had been used for experiments with mosquito-borne dengue fever and other biological agents.

Thanks to global warming, the dengue challenge is likely to get worse. Risks from some vector-borne diseases, such as malaria and dengue fever, are projected to increase with warming from 1.5°C to 2°C. That, in turn, will cause an increase in the number of mosquitoes, a larger geographic range, and more individuals will be at risk of dengue fever.

In a recent study, the total annual global cost of dengue illness was estimated at $8-9 billion (with upside estimates at $20 billion). Rising temperatures imply that dengue will intensify in “already endemic areas.” By 2050, much of southeastern US will become suitable for dengue, inland areas of Australia, many of the larger cities in coastal China and Japan, and particularly in southern Africa. Globally some 2.3 billion more people will be at risk of dengue in 2080 compared to 2015, bringing the total population at risk to over 6.1 (high estimate 6.9) billion, or 60% of the world’s population.

The role of covert attempts in viral outbreaks is hard to assess, but the concern is rising. A new Pentagon program called “Insect Allies,” which is funded by the Defense Advanced Research Projects Agency (DARPA) and relies on gene editing, wants to infect insects with modified viruses, presumably to make US crops more resilient. Some international scientistsbelieve such initiatives can easily be exploited as new bio-weapon systemsprograms, which violate the Biological Weapons Convention.

After the Cold War, US has dominated biological defense and research. With rising climate risks and geopolitical tensions, no single country should have monopoly over global biological agents in the 21st century, however. Potential conflicts of self-interest are obvious, tragic and potentially existential.

Like “dual-use” technologies that can be used for both peaceful and military objectives, biological agents can serve as potential antidotes and weapons. What we truly need is multipolar cooperation among the major advanced economies and largest emerging powers. Only such checks can constrain existential biological risks to vast urban populations in the future.

This commentary is based on Dr Steinbock’s fully-referenced research note on the dengue outbreak in the Philippines, climate change and rising global dengue risks.