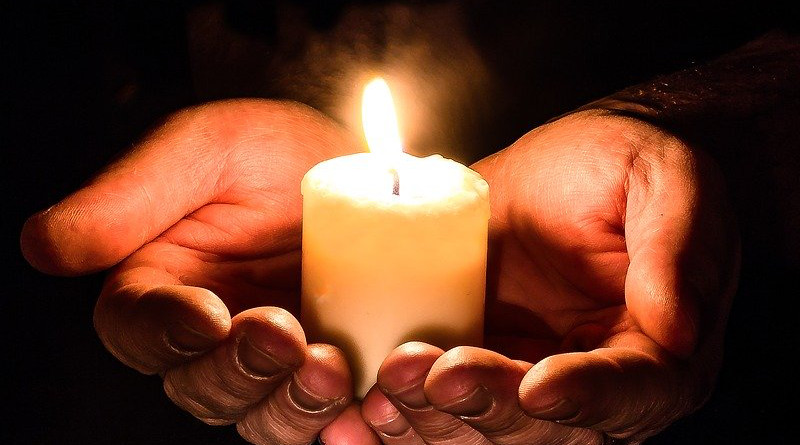 People who experience threats to their existence — including economic and political instability — are more likely to experience miracles, according to a Baylor University study.

While many sociologists have studied the effects of religious experiences, what causes a person to have miraculous experiences has received little attention, said Baylor University sociologist Ed Eschler, Ph.D.

His study — “In the Valley of the Shadow of Death: Insecurity and Miraculous Experiences” — is published in the Review of Religious Research.

Eschler investigated the prevalence of miracles in Latin America using data from a 2013 Pew Research Center survey of religious beliefs and experiences. Data were analyzed from 15,400 respondents from 16 countries.

For the study, he defined a miracle as any experience in which a person believes an event or outcome was influenced by supernatural agents.

“It’s tempting to think of miracles on a biblical scale: Moses parting the Red Sea and Jesus restoring sight to the blind,” Eschler said. “However, unless I’ve been reading the wrong newspapers, this thinking excludes the lived experiences of most people.

“There’s a societal assumption that wealthy and educated people favor scientific, more “rational” explanations for these events,” he said. “However, there is rising evidence that it has more to do with the security that being rich and educated brings: people who experience fewer existential threats do not rely on religious explanations of events.”

Eschler chose Latin America for his research because “people assume miracles are a rare occurrence in developed nations despite the fact most people have had some sort of supernatural experience.

“Latin America is less developed, so researchers are willing to ask about these ‘fringe beliefs’ — although again, these beliefs actually aren’t that fringe in the U.S. either.”

Eschler’s first major finding was that 57% of respondents believed they had experienced a miracle of some kind.

Second, he found that education had no relationship with experiencing miracles.

His third finding was the income does not influence the likelihood of experiencing a miracle, although “absolute poverty” — not being able to afford food, clothing or medicine — does.

“Respondents with no formal education were just as likely to experience a miracle as those with a college degree,” Eschler said. “The people who live in Latin America are just as intelligent as anywhere else, but there is not the same education infrastructure. In the United States, more than 90% of people have a high school education, compared to around 40% in Latin America. This lets us study if miracles are for the uneducated in a population where the majority has an elementary school education or less.”

Additionally, despite an economic downturn at the end of the Cold War, Latin America has made incredible developmental gains in the past 30 years. That allowed him to test whether a country’s human and economic development matter more than an individual’s education and class.

Eschler found that most likely to experience a miracle is an older, Black, Pentecostal Protestant woman with strongly held traditional social and religious beliefs who is uncertain about her financial future — including having difficulty paying for health care, clothing or food. The opposite is true for a young, white/mestizo Catholic with fewer traditional social and religious beliefs and who is financially secure. But every group has members who have experienced miracles.

“The richest and most well educated are still more likely to experience miracles if their life becomes uncertain or is threatened,” Eschler said.

Historically, because basically everyone believed in the supernatural, miracles were more common,” he said. But as the world has become more secular, “we are aware that it all could just be random chance, even if we believe in the divine.”

What has not changed is that attributions to the divine are a way to bring order into a world where people feel they do not have control.

“In my study, I looked at individual economic hardship, but other studies compare countries impacted by warfare or terrorist extremism to those where there has been relative peace,” he said. “We may be more likely to turn to doctors or the government instead of magic and miracles, but there are uncertainties in modern life which some still address with the supernatural.

“What strikes me about this project is that it helps me understand some of the craziness going on in our world today, particularly the recent explosion of conspiracy theories. The people pushing these things are likely doing it because it helps them deal with uncertainty. For them, a world controlled by a villainous conspiracy is better than a world controlled by nobody.”