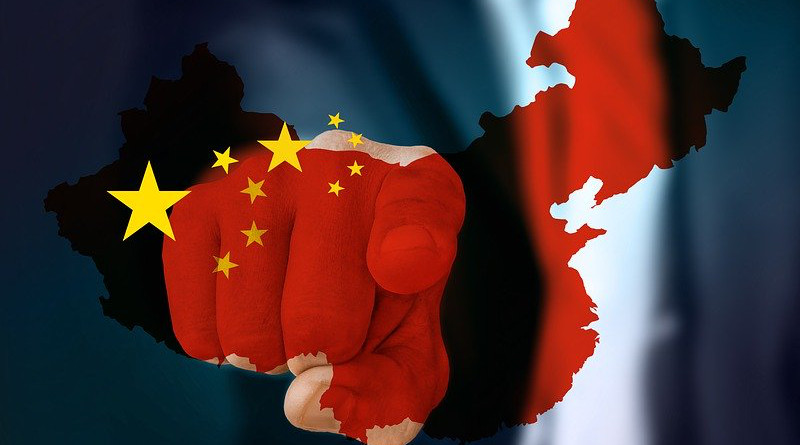 When the Communist Party of China (CPC) marked its 100th anniversary recently, China and its supporters around the world had cause to celebrate. Perhaps the most important reason is the ability of the party and its citizens to hold the country together despite the efforts made to divide, fragment and subjugate it in the way some other non-western nations have experienced since the late 19th century and more recently.

Many challenges still abound. Some are of the country’s own making. Others stem primarily from the US and its supporting primarily Anglo Saxon crew fear of a non white non-western nation that has been able to lift its people through its own efforts and, in less than a generation, has climbed out of a ruinous state to its present position as a global power.

The US alarm of China is tied to both its domestic politics as well as its geo-political dominance in the world since the second world war. Besides challenging the US’s current position in the global economy and lead role in the pre-eminence of the west’s political systems, China’s successful model of governance – should it be replicated in other nations – could provide an alternative model of development to what is increasingly seen by most discerning observers  as a failed model even within the US’s own national boundaries.

Hence we can expect even greater demonization of this non-white upstart and an incessant dose of anti-China propaganda – presently interrupted by the finger pointing arising fron the Taliban return to Afghanistan – to continue. Not only that but also a call to the rest of the world to stand with ‘western rules-based, peace-loving democracies’ against a totalitarian/authoritarian regime.  The change in the United States view of China from that of a crucial partner to a number one threat status in the last 5 years especially says it all about how China’s success in key economic and technology sectors, and as a cohesive nation, is seen as detrimental to the present world system dominated by the US and its allies.

Meanwhile the road ahead for China recovering from its past historical weaknesses and failures which almost resulted in the carving up of China by the West and Japan is still a long one. My observations from a past trip remain relevant for China’s development today.

During eight days of the last two weeks, I have been in Shanghai and Xiamen.  This was my first trip to China in 15 years. Although I had read of and seen over television the many changes and developments taking place there especially in the past decade, I was not prepared for the new China that is transforming itself and its people literally by the hour.

The first surprise was arrival at Shanghai’s Pudong International Airport.  Opened just over 10 years ago, this is an enormous airport which is already the third busiest in the world in terms of freight traffic. Expectations are that it will be the busiest in the world for freight and passenger traffic in a few years time.

The second surprise was the Shanghai Maglev train which runs from its station situated between the two passenger terminals to downtown Pudong.  This – the world’s first commercial maglev service – whisked us to the city center in 7 minutes and reached a top speed of 431 km an hour. My team had barely enough time to sit down and make ourselves comfortable before we arrived at Longyang station in the city center.

What was apparent within the hour after landing in Shanghai is the efficiency and meticulousness with which China is developing its human resources; and the way in which science and technology are being used to improve the lives of the largest mass of humanity on earth.  Shanghai itself has more than 20 million inhabitants.  Think of a city in which three quarters of Malaysia’s total population is being cramped into, and the need to organize the lives of these people and provide them with jobs, housing, social services, transport and the other amenities of city life. This will provide some idea of the scale of development and mammoth and unprecedented challenge that China faces. It is one which many developing countries are also facing.

This ability to organize a huge number of people towards a common end was perhaps best exemplified by a trip to the Shanghai World Exposition. This is a giant fair in which at its peak over one million people enter over a 12 hour period to spend the day.  Consider the clockwork precision and management needed to provide tickets, stands, food, toilets, health facilities, and transport, for one million people.  And to handle this logistical nightmare over a six month period – it is estimated that more than 70 million people will have attended the Exposition before it ends. The lasting impression for me is of remarkable exhibits and memorable sights in an environment of cheerfulness and goodwill, whilst standing in the longest orderly queues that anyone could imagine.

It is not just the scale and breakneck economic development that is staggering.  It is also the vibrancy of the cultural and everyday life – at least as it was found in Nanjing street, the Bund area and the neighbourhood of Xin Tian D. In old Shikumen, we gawked at a restoration programme that has breathed new life into old dilapidated buildings transforming them into restaurants, boutiques, and arts and crafts shops.

At the time of my visit in 2010 the country’s foremost social science think tank, the China Academy of Social Sciences (CASS), attempted to compare the country’s competitive standing with other nations of the world. In its report widely reproduced by the country’s official media the CASS estimated that China could be among the top five most competitive countries of the G20 only by 2020. It also noted that it would be another 40 years before

China could emerge as the second most powerful nation next to the US. The same report warned that China’s core competitiveness could not match its ranking when it comes to high-level talents or in the fields of culture, education, health, science and technology.  It pointed out that China’s index of high-level talents stands at 8.3% of that of the US and 10% of that of Japan. In the field of higher education, it reported that China’s index was only 10% of that of the European Union and one third of the US.  Though China ranked 4th in higher education competitiveness in 2008, it emphasised that most of the first class universities are still in the EU and the US.  The report also noted that the country’s science and technology competitiveness index is less than one third of that of the US.

Since then, the gap between China and the developed countries of the West has narrowed. But within the country’s leadership, intelligentsia and think tanks there is a recognition that even using its own standards, China is far from being a highly developed country and many things can go wrong. The one key constant which is likely to prevail in its new long march is the unity of its people and the sense of confidence among ordinary people that their lives have improved, and of the country’s ability to forge ahead. In 2019, approximately 169.2 million outbound journeys were recorded in China, up from 47.6 million in 2009. The majority of Chinese who travelled overseas went to Western cities as tourists and to sample the free and democratic way of life after being shut out for one generation by a communist government. All have returned to China.

*Lim Teck Ghee, a former graduate of the Australian National University, is a political analyst in Malaysia. He has a regular column called, ‘Another Take’ in The Sun, one of the nation’s print media.