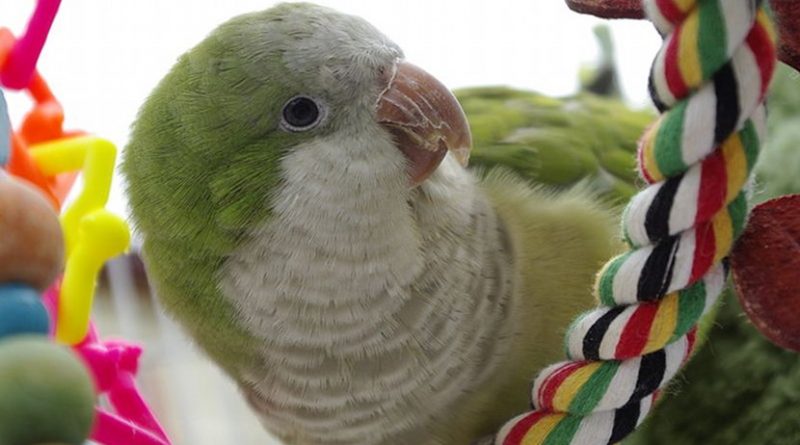 Thanks to the international pet trade, populations of exotic animals are popping up in unexpected places worldwide. One of these successful invaders is the monk parakeet: a small, green parrot native to South America that now flies free in cities across North America, Europe, and elsewhere around the world.

In a new paper published in PLOS ONE, Elizabeth Hobson and colleagues describe a recent, rapid, and ongoing invasion of monk parakeets in Mexico, and the regulatory changes that affected the species’ spread.

The authors point out two regulatory decisions that shifted the global market for pet monk parakeets from Europe to Mexico. In 2007, the European Union banned imports of wild-caught birds, concerned that they might carry avian flu. The very next year, Mexico cracked down on the pet trade of its own native parrots.

As a result, nearly half a million birds — almost all originally from Uruguay — were imported into Mexico over the course of five years. Prior to this influx, people had reported seeing monk parakeets flying free in Mexico City in 2005. And in 2008 — the year Mexico implemented its restrictions — the parakeets were reported in just five cities. But by the end of 2015, people had seen the birds in 97 different cities across all regions of Mexico.

“It’s a really unusual invasion,” said Hobson. The new populations all began to appear around the same time, and they seem to have emerged independently; that is, the populations probably haven’t grown through individuals moving from one city to the next, but rather, through escaped or released pets in each city. “The pet trade in Mexico provided a giant influx of individuals, setting the conditions for this kind of invasion to happen.

In 2016, Mexico declared the monk parakeet an invasive species and is now beginning to consider management steps.

“As a critical first step, they need to know when the species got there and where they are. This paper is setting that foundational basis by drawing data from a lot of different sources,” said Hobson.

Hobson and her co-authors — Grace Smith-Vidaurre, a Fulbright fellow in Uruguay, and Alejandro Salinas-Melgoza, a professor in Mexico — first developed this research idea during a meeting at the Santa Fe Institute. Hobson, a postdoctoral fellow with the ASU-SFI Center for Biosocial Complex Systems, anticipates exploring several other research questions around this unique monk parakeet invasion in the future.