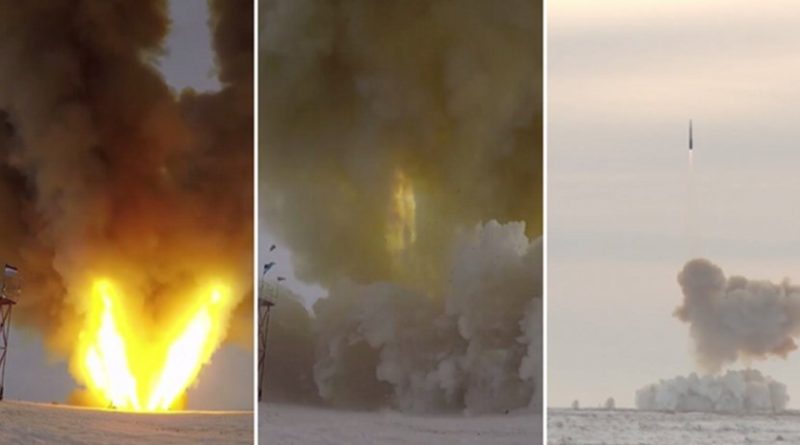 These days the issue of the risk of nuclear escalation in a non-nuclear conflict and war by mistake is acutely on the agenda.

Obviously, strategic stability is in deep crisis. According to a report (http://svop.ru/wp-content/uploads/2019/09/REPORT_Eng_1.pdf), which is based on the results of a situational analysis directed by Sergei A. Karaganov and held at the Russian Foreign Ministry, “it would be a mistake to think that the new military-strategic landscape is stable.”

From the author’s point of view, the main threat comes from a risk of military conflict between nuclear powers, including an unintended nuclear or non-nuclear conflict, which can subsequently escalate into a global nuclear war, with the probability of such escalation now being higher than before.

According to the report, it is clear that Russia is convinced that the U.S. has been consistently destroying its traditional architecture – the system of nuclear arms control agreements, again considering options to use nuclear weapons in a conventional conflict for winning the war, and refusing to begin serious negotiations to strengthen strategic stability.

The author is sure that this creates a vacuum in the field of nuclear weapons and lowers the threshold for their use at a time when the risk of an armed clash between nuclear powers in the current political and technological situation remains quite high.

As for Europe is concerned, the report states that more serious risks of inadvertent military clash come from the US’ continues efforts to build up its military infrastructure, including missile defences and drones, in Eastern Europe, its plans to increase its low-yield nuclear weapons arsenal and put those weapons on strategic delivery systems in order to neutralize the Russian military threat.

Numerous the U.S. proposals to strengthen its military presence and deployment of weapons in the territories of Poland and the Baltic States clearly indicate that the U.S. allows the possibility of a regional military conflict with Russia in Europe and is taking measures to prevent Russia from winning it by using of tactical nuclear weapons or conventionally-armed medium-range missiles.

The author consider that this is a rather dangerous tendency: for Russia, the use of tactical nuclear weapons or conventionally-armed medium-range missiles against it would mean a strategic strike and would inevitably trigger a nuclear second strike against the U.S. or those countries which deployed its nuclear weapons.

Thus, countries which are ready to deploy any kind of weapons suggested by the U.S. will turn themselves to real targets for Russia.

Nuclear war in Europe is not a ghostly threat, but a very real one.