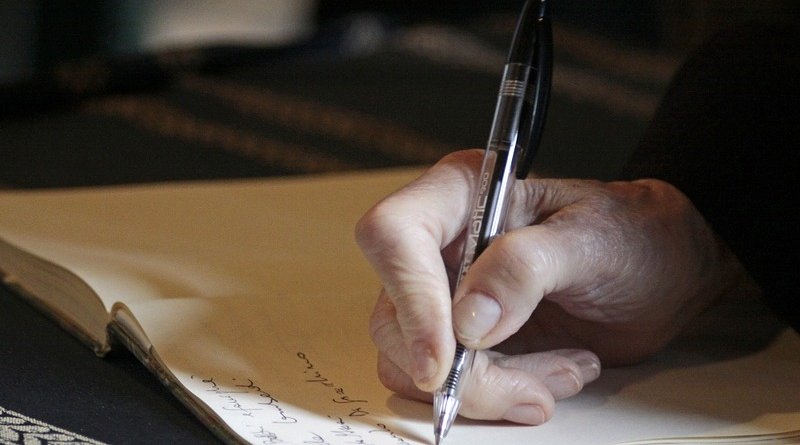 “Learn from the mistakes of others. You can’t live long enough to make them all yourself.” ~ Eleanor Roosevelt

Sometimes I listen to an experience, a life story from a friend. I wish my friend would put these in writing, and these stories did not stay in such verbal expression. When people get older, they fear being forgotten. No matter how powerful, rich, famous, intelligent, effective they are, end is coming, all this power, wealth, activity, fame is lost. Destruction is approaching. At that time, an effort is made to create a document, and a book, a memoire describing his/her existence for those who follow it.

The letters of a retired Treasury director who reached me on the internet reminded me of the same situation. Without any further delay, he wanted to share with everyone the important then classified- confidential documents he had accumulated about his existence. He served in Nixon, Kennedy periods, his youth career, inaccessible power, activity, retirement, IMF Philippines representation. These writings, maybe a close relative has written. These letters are of no importance now, maybe for only to historians in the future.

We had an old uncle in the family. He was the general manager of a major ministry for many years. He was close to us, but he didn’t help us at all, especially when we would ask for help. He spent the last year of his life in bed. A young scholar took permission from him to write his memoires. For days he took the active senior bureaucrat periods of his life on tape, he wrote these tapes and he maybe make a book in the future. These records remained in the researcher’s personal library.

I met a famous doctor. He was a very influential, important, rich man. He had terminal illness. He opened a blog on the Internet, writing his life until his last days. Years later, I came across a google search, memories of the childhood could have just finished.

We have hired foreign general managers to USA – Turkish joint venture company for two terms. We paid each one of them US$ 12,500 plus charges per month. I worked closely with them as sales manager. They returned after their contracted time, and then we heard that they died. They both died of terminal lung disease. There’s nothing written on them. It’s like these people never lived. In Google searches, the technical articles we write, they are seen as co-author names. They have their names in several English press releases.

I see a tendency to write memories with the help of “ghost writer” in our aging riches. “I came to this world, I lived, I did a lot of work for the community, I made money, I employed people, you do know me, you do remember me after me”, they say. Memoires is written at a very advanced age, making it difficult to remember old events. The stories repeat again. Sharpness and details disappear.

I just read the memory of an old rich man. Because the image of the cigar smoker on the book cover, which is contrary to the current political understanding, the sale of the book was censored, the book could not be sold in the market, it was given to a friends and three donations to a university. I read the copy there. Fine paper, 370 pages, the book begins with remembrance of childhood, youth, Robert College, MSc in the US, after military service marriages, previously too small partnership in construction companies, endlessly made overseas domestic travels, the received orders, then the last pages of the book full of family photos. There is no mention on his top rank in the richest people, nor his famous Bosphorus mansion. However, in the google searches, his name comes on these two issues. Scholarship, foundation, university nothing. All his life he paid education expenses of 3-5 students within his family members.

Our famous writers Aziz Nesin, Sabahattin Ali, Orhan Veli and Ahmet Haşim became more permanent and immortal. The childhood memories of Aziz Nesin are very famous. “Frankfurt Travelogue “, compiled from the 20-article of writer Ahmet Haşim who wrote during his stay in Germany in the 1930s, are still impressive. Sebahattin Ali’s novels are still on the bestseller list. My last reading addiction, the Austrian writer Stefan Zweig (1881-1942), left behind great books. Socrates, Aristotle and Machiavelli call us centuries ago.

Did you know that the queen writes with fountain pen and memoire every night? Every night, without interrupting, she writes the impressions of the day. I’ve seen a documentary TV show about her. The Queen records her observations every night in her own handwriting on paper, all of which will remain secret for 50 years, then be published. It will be a source for researchers and historians.

I listened to a friend of mine’s experience abroad. He has been working in Russia for the last 12 years. He set up a business there, employed local people. After the Russian Su-24 was shot down on 24-November 2015, everything was finished there. “I’m a balloon, stuck a needle, then I exploded. My work, my property, my property, my office is all over. They don’t give me a visa. I can’t go there. All to restart, reset. ” says.

In our geography memoire / memoirs write for some reason is not very liked. There is the fear that “one of my writings will be taken upon someone, they will harm my children”. However, as we get older, we get out of the standard frame, we don’t fit into molds. As time passes, we can laugh at ourselves. These virtues are not valid rules accepted in our geography.

I tell my experiences to the young engineers what we have done in the past, the thermal power plant construction phases and the bidding process. My stories sound like a fairy tale to them. I think memories / biographies are very important. It is even more important for societies like us who have made the same mistakes over and over again. Life is not long enough to experience everything. It is necessary to benefit from the experience of others.

The letter details of the retired treasury general manager reminded me of all these. I would appreciate it if you give us your thoughts, recommendations, experiences and expectations.

Home » Why Are Memoirs Important? – OpEd