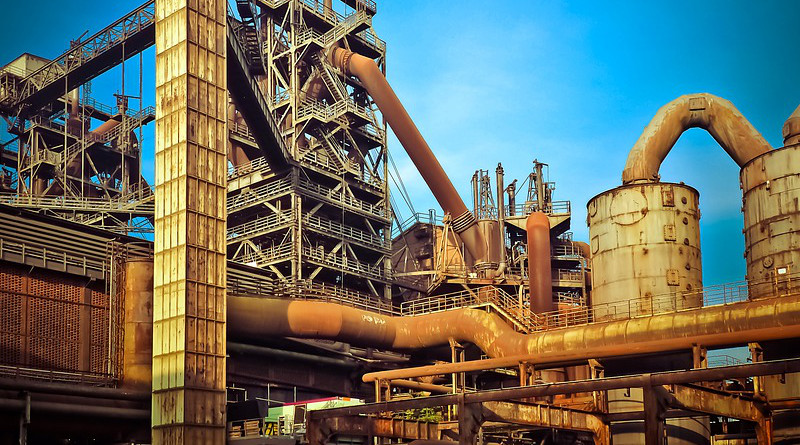 (RFE/RL) — With Belarus facing a shaky future after a disputed election sparked a wave of protests and a brutal crackdown by authoritarian President Alyaksandr Lukashenka’s government, Russia appears eager to keep the smaller country, a longtime ally, firmly in its orbit.

But the spoils of tighter control, if Moscow manages to achieve it, could also include industrial assets in Belarus, whose Soviet-style economy has long been propped up with Russian subsidies to a country the Kremlin sees as a buffer bordering NATO and the European Union.

In their first face-to-face talks since the August 9 election which Lukashenka claimed to win a sixth term by a landslide amid opposition assertions of widespread fraud, Putin promised him a $1.5 billion lifeline in the form of a loan.

Whether Lukashenka promised anything specific in return is not publicly known, but Lukashenka’s opponents fear he may cede sovereignty in exchange for Russian support, and analysts have said Moscow may have its eye on a handful of Belarusian companies.

“Everyone is paying attention…to the $1.5 billion, but it’s worth noting what we did not learn” about the content and results of the September 14 talks in the Russian Black Sea resort city of Sochi,” said Leu Lvouski, a senior researcher at the Minsk-based Belarusian Economic Research and Educational Center (BEROC).

Ahead of the talks, Lvouski said, “experts expected pretty much the following: refinancing for $1 billion plus the sale of some Belarusian assets for much more money. Whether this was discussed and what the outcome was we do not know.”

If pressed by Putin, Lukashenka would have little choice, given the Belarusian economy’s “addiction” to Russian energy and capital, Lvouski told Current Time, the Russian-language channel led by RFE/RL in cooperation with VOA.

“For a long time, we were able to mask the inefficiencies in our economy through various subsidies, through the import of Russian oil into Belarus at a reduced price, and thus this surplus could go into the Belarusian budget,” Lvouski said. “Many Belarusian banks have Russian capital. So, of course, the addiction is pretty serious.”

The country’s economy was already in dire straits before the postelection upheaval, leaving it vulnerable. The World Bank had predicted Belarus could face “severe shock” as a result of the COVID-19 pandemic, which Lukashenka dismissed as a “mass psychosis” as he refused to take lockdown measures.

However, some analysts say many Belarusian firms are not exactly attractive.

“The economic performance of most of these enterprises is quite poor, so they have significant debts and are permanently subsidized by the government,” said Hanna Baraban, a Belarusian journalist and analyst. “It helps them to survive, but this money is not enough for the proper upgrade of the facilities — that is why many enterprises still use old technologies made in the Soviet Union,” she explained to RFE/RL in e-mailed remarks.

Plus, Baraban said, there are added headaches related to the postelection crisis — such as strikes at state giants including the Minsk Tractor Factory, Belruskali, a major potash mining facility, and Hrodna Azot, a large chemical plant.

“For the Kremlin, there are cheaper and more effective ways of exploiting Lukashenka’s weak position then acquiring unprofitable and outdated state enterprises,” she said.

Despite the apparent pitfalls, some Belarusian firms have their plusses, such as the Mozyr and Naftan oil refineries as well as Belruskali and Hrodna Azot.

Together, those four account for two-thirds of Belarus’s exports to the West, according to Anders Aslund, a senior fellow at the Washington-based Atlantic Council.

A push by big Russian companies to seize control of key Belarusian industrial assets almost a decade ago was “only partial successful,” Aslund wrote in a blog post on September 7.

“In 2011, Gazprom acquired the Belarusian gas company and the half of the trunk pipeline it did not already own. Slavneft, which is controlled by Russian state company Rosneft, took over 42.5 percent of Mozyr oil refinery. Russian oligarch Mikhail [Gutseriyev] is another major mover in the Belarusian oil refining industry, focusing on the Naftan oil refinery. Meanwhile, the three Russian state banks, Sberbank, VTB, and Gazprombank, play key roles in the Belarusian banking system. All are subject to U.S. sanctions,” he wrote.

In 2012, Lukashenka claimed he was offered $5 billion in kickbacks by unidentified “Moscow oligarchs” if he agreed to sell Belaruskali for $10 billion.

Uralkali is now controlled by Suleiman Kerimov, who was hit with U.S. Treasury Department sanctions in April 2018 that targeted what U.S. authorities said were Kremlin-linked oligarchs in response to Russia’s “worldwide malign activity.”

According to FitchRatings, China is Belaruskali’s most important export market, although the company has a “significant presence in all main potash-consuming markets, particularly in India, Europe, and Southeast Asia.”

FitchRatings also predicted a drop in exports by Belaruskali as a result of strike action that could result in higher global potash prices, underscoring the stature of the Belarusian company.

Whether Lukashenka has made any firm commitment so far to Putin on the sale of any Belarusian state firms is unclear.

But if such a deal is eventually done, it will likely be a short-term solution for the embattled Lukashenka, said Lvouski. He added, however, that any sale to Russia will not sit well with Belarusians already angry with Putin’s role in the crisis so far.

“Perhaps the economic future of the current government, and maybe even its political future one, will depend on such a potential sale. On the one hand, this will make it possible to bring some real money into the country,” Lvouski told Current Time. “On the other hand, any such sales are likely to be unpopular among the people.”

With reporting by Current Time